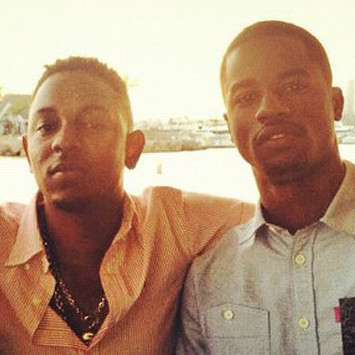 Kendrick Lamar details manger Dave Free’s influence during an interview with Forbes, which features the TDE executive in its 30 Under 30 list.

“It’s more like working with a brother that just so happened to love what I do, too,” Lamar says of Free. “So when you put these two individuals into creative spaces, it’s a different type of chemistry. It’s a different type of bond. It’s a bond that really can’t be broken … whether it’s in the studio or behind the camera. It’s like Voltron.”

Free and Lamar met in high school. Free worked as a computer technician after graduating and also kept working with Lamar.

After getting a call to repair the computer of TDE founder Anthony “Top Dawg” Tiffith, Free used the time with Top Dawg to play him Lamar’s music.