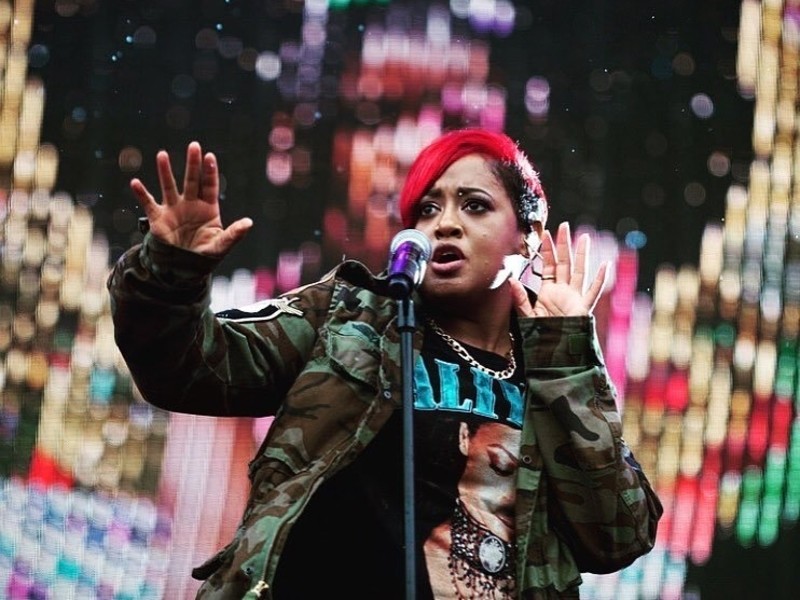 The wait is finally over as Rapsody drops Laila’s Wisdom, her first album for Roc Nation.

The album is the follow-up to 2016’s Crown EP and another release through 9th Wonder’s Jamla Records, but the Roc’s backing has given her awareness and recognition like never before. Kendrick Lamar, Black Thought, Anderson .Paak and Busta Rhymes are just a few of the high-profile artists to make appearances on the LP.

View the stream, cover art and tracklist for Rapsody’s Laila’s Wisdom below.

(The original version of this article was published on September 13, 2017 and can found below.)

Rapsody has unveiled the tracklist for her upcoming album Laila’s Wisdom, which features an impressive array of contributors. Kendrick Lamar, Anderson .Paak, Black Thought, Busta Rhymes and Musiq Soulchild are among the big names appearing on the LP.

Check out the official tracklist for Raposdy’s Laila’s Wisdom below. The album drops on September 22 and is available for pre-order.

(The original version of this article was published on September 3, 2017 and can found below.)

Rapsody’s first album for Roc Nation is coming in just a few weeks. Laila’s Wisdom, the North Carolina MC’s debut for the label and second solo LP of her career, is due out on September 22.

The former Kooley High member, who is still signed to her mentor 9th Wonder’s Jamla Records, shared the news via social media. She also gave fans a taste of the project with the new single “You Should Know” featuring Busta Rhymes.

Laila’s Wisdom is available for pre-order now on iTunes but no tracklist has been unveiled at this time. The project is her first release since 2016’s Crown EP.

Check out the official cover art below.