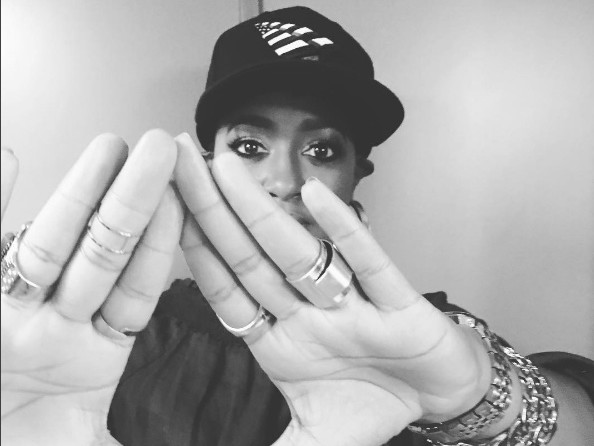 Rapsody has formed an alliance with the house that Hov built as the North Carolina emcee has signed to Roc Nation.

Though details are sparse on the actual terms of the Jamla rapper’s deal, considering Roc Nation has separate label and management rosters, she made the announcement during this year’s Brooklyn Hip Hop Festival.

The event is currently streaming exclusively on TIDAL, which is also partly owned by Jay Z himself. Following the announcement, both Rapsody and mentor 9th Wonder hit Instagram to confirm the news.

This year, Rapsody managed to almost win a Grammy thanks to her guest spot on Kendrick Lamar’s To Pimp A Butterfly.  She spoke with DX earlier this year about receiving a crucial co-sign from Dr. Dre and says she is set to release a follow-up album to 2012’s Idea Of Beautiful by the end of the year. For her sophomore full-length project, she continues working with The Soul Council and enlists producer Terrace Martin.

“With this, one, soundwise, it’s a lot bigger, which comes from Terrace,” she said. “It’s still 9th Wonder and The Soul Council producing as well. Terrace brings that musicality and makes things sound bigger which is a step above everything else. Two, I experimented more with sound. Rapping over soulful beats is my thing and that’s still on it, but I went out of my comfort zone too. Not comfort zone where it’s forced, but trying something different. We tried some different energies and sounds for this one. I’m even singing a little bit. I went in every day at the studio and did whatever I felt. Some things made it and some things didn’t. I think what’s taken so long to finish is that I want to put 40 tracks on the project, but I can’t so I’m cutting it down. Just me as an artist playing with my voice a lot more and using it as an instrument. I’m learning more and more about that every year. Those are something that makes this project a lot different from the older ones. I’m really excited about it. I played it for a few people and everyone talks about the growth. If people hear a project and they say I’m growing, then I’m happy.”

Check out the Instagram posts from Rapsody and 9th Wonder below.

To new beginnings….. #WelcometoJamRoc @jamlarecords is the squad….. @rocnation is the family…….