Review: Rapsody Is Woke & Determined To Shine With "Crown" 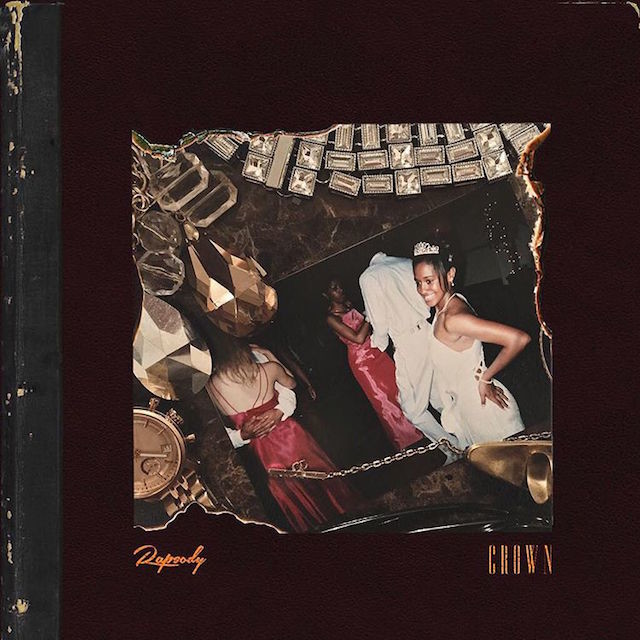 While skill alone is enough to win over a small subsection of consumers hungry to discover and appraise stellar talent, a well-timed Hip Hop co-sign determines the difference between languishing in obscurity and gaining the world’s attention. Coming from humble beginnings amongst North Carolina’s Kooley High crew before going on to join producer extraordinaire 9th Wonder’s Jamla Records regime, Rapsody’s big break arrived by way of a show-stealing appearance on To Pimp a Butterfly’s, “Complexion.” Able to pride herself as the only guest verse on the masterful album, Crown is the first hint of what she’s been up to since remaining mostly quiet over the past year.

Continuing the theme of her last big feature, with Crown, Rapsody has her heart set on capturing the minds of those who draw the line in the sand to choose substance over mindless fluff. Holding her own in a game dominated by masculine bravado, over the course of 10 tracks she takes unbridled aim at everything from politics to dating and her generation’s status quo in 2016. With a craft that’s far more advanced than “good for a woman,” she flows with emphasis to put competition on alert irrespective of gender. Leading things off, the title track shows love to Rapsody’s spoken word roots as she preaches on the importance of resilience in attempts of transforming each listener into a self-empowered leader.

Given Rapsody’s long-running affinity for Jay Z, her joining Roc Nation’s squad earlier this year was a splash of good fortune. Having graduated towards the big leagues, the soulful “Gonna Miss You” puts her unconventional yet intoxicating flow on full display, as she boasts of her come up and being on good terms with the Obamas while shouting out 2016’s departures of Phife, Prince and Kobe Bryant’s NBA career. Paying homage to her boss’ opening lines from “Can’t Knock the Hustle,” the concept-driven “#Goals” practically redefines what it means to be a mic controller in this day and age. Seeking to uplift from a place of non-judgement, here Rapsody takes aim at the hashtag generation whose dreams and ideals of happiness stay unattainable as they never shoot for the stars, caught up in simply trying to make it from one day to the next.

With the help of 9th Wonder’s Soul Council beatmaker collective (including Little Brother affiliate Khrysis, esteemed underground legend Nottz and the underrated Eric G), Crown reintroduces Rapsody as an MC comfortable using boom-bap to accentuate her already shining talent and personality. A diatribe lashing out against jealous competition, society’s treatment of her race and dating woes, “Mad” cleverly flips Solange’s recent song of the same title. While her material never sounds stale, the latter two topics are constants on the 10-song EP. “Tina Turner” borrows from the breakdown on Public Enemy’s classic riot starter “Rebel Without a Pause” as Rapsody hopes for Trayvon Martin’s death to be avenged, with similar rage directed to trifling infidelious men on “Through with Him.” Approaching relationships from the opposite perspective, “Take It Slow” curves gender norms to explore the concept of a woman going all out to court a suitor. Aided by Terrace Martin’s vocoder magic, here Rapsody refreshingly dispels the stereotypes that women have to sell sex on wax or be docile in pursuit of love.

Released just after the tail end of what many consider to a traumatizing election cycle, Crown is a salient timely release. A somber yet hopeful response to Donald Trump’s win, “Fire” encourages relative have nots to stand strong against the system’s forces designed to keep them held back. Lamenting the state of the black race in particular, Rapsody traces events from Nat Turner’s impact to the rise of the KKK, Malcolm X’s power, Hurricane Katrina’s devastation and the 13th Amendment’s prison-industrial complex conspiracy. Though she’s without a feasible solution for ending police violence, she offers the fed up couplet “Another hashtag in the streets, motherfuck it all/Don’t invest money in a business that don’t fuck with y’all.”

Rapsody’s technical shortcomings are few and far in between, but her greater potential remains hidden as she mostly caters to those with strictly underground leanings. Going against the grain at a time when message driven content (let alone knowing how to rap) has yet to become fashionable again, Crown’s greatest achievement lies in her daring to carry NC, womanhood and the spirit of Hip Hop’s most revered tenets on her shoulders at the expense of stardom. Fully focused on restoring passion at a time when it’s most needed, her presence as a cultural staple will be necessary with our nation’s darkest days perhaps ahead of us. Aiming to have a momentous 2017 with a long-anticipated major label studio debut on the horizon, hopes are with Rapsody finally taking steps towards walking the line between keeping it real and crossing over.