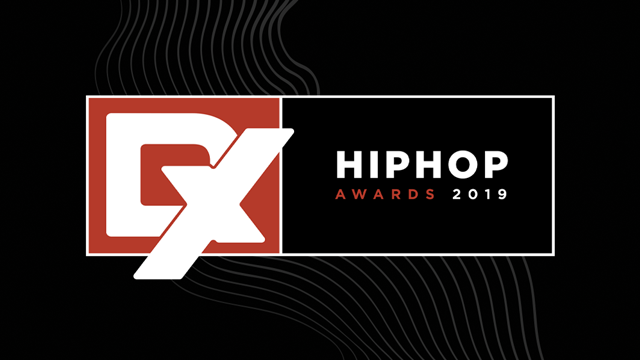 In a nutshell, the year 2019 in Hip Hop was marred in despair, but we’re still delighted to share the best songs, albums and artists in Rap, Hip Hop and R&B from the year 2019.

The early spring shooting death of Nipsey Hussle caused widespread grief throughout the Hip Hop community and even forced several artists to delay (and alter) their projects amid the time of mourning. As of press time, the community is experiencing a similar moment spawned by the passing of Juice Wrld.

But despite the dark times, the music thrived, as 14 Hip Hop albums topped the Billboard 200 chart this year, dozens of hot singles permeated the space and HipHopDX awarded not one but two perfect 5.0 ratings.

Prepare yourself to agree, disagree or be enlightened altogether. It’s time for the 2019 Hip Hop awards.

ROOKIE OF THE YEAR

The 2019 Rookie of the Year award goes to YBN Cordae

The road to YBN Cordae’s rising stardom has been a lyrical one, paving the way for him to be the 2019 Rookie of the Year. After successfully bridging the generational gap with his street single “Old Niggas,” the 22-year-old MC released his debut album The Lost Boy, which sported the Chance The Rapper-featured “Bad Idea.”

For his efforts, the song was nominated Best Rap Song and the album earned a Best Rap Album nom for the upcoming 62nd Grammy Awards.

Look for Cordae to rock his The Lost Boy in America Tour in 2020 as well. Congrats to the young spitter!

Just two days after the official video for 21 Savage’s “A Lot” was released, the Atlanta-bred rap star found himself entangled in a war with U.S. Immigration and Customs Enforcement a.k.a. ICE.

The song’s candle-burning mood coupled with the effective sampling of a 1970s soul tune instantaneously made it the rallying cry to free the Savage Gang boss.

Which brings us to J. Cole’s serenely moving guest spot. His somber tone and weighted topics make the song feel as if he penned the lyrics after 21 was detained.

Throughout his passionate verse, Cole rattled of reasons for his reclusiveness, shout outs to NBA stars-in-the-making Markelle Fultz and Dennis Smith Jr. and even sent well wishes to Tekashi 6ix9ine in spite of his trailblazed fuckery.

COMEBACK OF THE YEAR

The 2019 Comeback of the Year award goes to Gang Starr

Nearly a decade ago, the Hip Hop community lost Guru to this dismay of Gang Starr fans worldwide. It was yet another blow to longtime listeners as he and DJ Premier had somewhat shuttered the group’s daily operations almost a decade before his untimely passing.

But the ever-cunning Preemo — with help from Guru’s family — maintained the flag’s upholstery behind-the-scenes, culminating with the One of the Best Yet LP. The aptly-titled album, which championed the guest talents of J. Cole, Royce Da 5’9,” Q-Tip and more, reminded fans what true ownership of the rapping craft sounds like.

Young Thug’s “Hot” had an extremely appropriate title as one of the hottest songs of 2019. While Thugger, Gunna and Travis Scott’s contributions certainly factor in its quality, Wheezy’s production is why this single quickly became an anthem upon its release. With a horn-heavy arrangement, the Atlanta-based producer crafted a stadium-ready beat that should live on for years in the setlists of high school and college marching bands. Plus, Wheezy gave it some extra oomph by throwing in a little woodwind flair for good measure and bringing back the whispered “Hot” chant stylings that once helped the Hot Boy$ single “I Need A Hot Girl” become a hit.

DaBaby’s star turn was thanks in large part to the comedic elements of his personality, which especially shine in his videos. Through his visuals, the Carolina native set himself apart from the pack by using an over-the-top style that evoked memories of Ludacris’ glory days. In truth, multiple DaBaby videos could rightfully claim the “best of the year” title, but his breakthrough single “Suge” set the bar. With its absurdist scenes of DaBaby playing a mail carrier and the track’s namesake Suge Knight operating in an office, the Reel Goats-directed video helped established DaBaby’s humor – and underlying menace – as he emerged in the mainstream landscape.

Check out the full Best Videos Of 2019 list here.

LEVEL-UP OF THE YEAR

Megan Thee Stallion’s meteoric rise was a sight to see in 2019. Although some within the industry predicted future stardom when she signed with 300 Entertainment in 2018, few could’ve seen just how dominant she would become this year. Hot Girl Meg’s “Big Ole Freak” single and video sparked the ascent, earning her the first Billboard Hot 100 entry of her career. But that was merely a stepping stone as Megan’s takeover truly became official with her “Hot Girl Summer” campaign. The movement became a social media fixture for months – a difficult feat in an era of fleeting online notoriety – and certified her as a trendsetter beyond Hip Hop, bringing her to the precipice of crossover fame.

TV SHOW OF THE YEAR

Let’s keep it all the way 100: musical reality show-based competitions can get a bit corny, yet Netflix’s Rhythm & Flow was anything but that as it skated to victory with the honor of the 2019 TV Show of the Year. Whether it was the A1 quality stage sets, impactful cameos from Snoop Dogg to Fat Joe to the late, great Nipsey Hussle, the intense criteria or simply Cardi B’s mannerisms, Rhythm & Flow was pure Hip Hop entertainment from start to finish. No cap.

MOVIE OF THE YEAR

The gold shears. Heavy red jumpsuits. Those damn rabbits. Whichever piece of imagery from Jordan Peele’s Us, the 2019 Movie of the Year, burned in your brain, we bet it left a stain. Unintentional rhymes aside, the suspenseful puzzler spared no drop of blood or heart-skipping plot twist down to the final scene.

R&B SONG OF THE YEAR

The 2019 R&B Song of the Year Award goes to Chris Brown and Drake’s “No Guidance.”

There was no way you could go through 2019 without hearing Chris Brown and Drake‘s “No Guidance.” The two former nemeses, who once traded flying bottles in a club and fought over Rihanna back in 2012, came together to build out a No. 1 hit song that could very well be considered timeless. The greatness of “No Guidance” with Chris Brown and Drake earns them Top R&B song of 2019.

R&B ALBUM OF THE YEAR

The 2019 R&B Album of the Year Award goes to Summer Walker’s Over It.

Summer Walker’s history-making Over It thematically addresses love’s complexities over production helmed by her current love, London On Da Track with the occasional guitar work.

Over It isn’t the album to skip over. London draws in with his multi-platinum production and Summer enchants with her sultry intonations of sincerity, earning her a HipHopDX review score of 4.4 out of 5.

The harmonies Summer flexes on “Playing Games” with Bryson Tiller are pleasing to the ear, in fact, all of her harmonies on Over It are fun and worth learning right along with all the words and unique enunciations.

SINGER OF THE YEAR

The 2019 Singer of the Year Award goes to Summer Walker

23-year-old Summer Walker’s debut album Over It broke Beyoncé’s Lemonade record for most streams this year. Anyone who breaks Queen Bey’s record deserves recognition and a listen. Over It dominated the conversation and so did Summer — and not always in a good way. While there were complaints of Summer’s tardiness to shows, seemingly lack of care while on stage and flighty attitude, the self-proclaimed introvert can sing live and she does it with a live band, not a backing track.

She writes songs that are filled with emotions felt within the soul and can play the hell out of an acoustic guitar, which she taught herself to play. Over It was No. 1 on the Top R&B Albums, No. 2 on the Billboard 200 charts and has already been certified Gold.

All this was achieved based on the strength of good music. Nevertheless, the Atlanta native started from the bottom by running her own cleaning business while working as a stripper at night, and now she has the whole world singing her songs and inspiring major artists like Drake to get into the studio.

The 2019 Producer of the Year Award goes to Wheezy

Years of close proximity to the likes of Young Thug, Metro Boomin, Lil Uzi Vert and more have culminated into Atlanta’s own Wheezy being named the 2019 Producer of the Year.   From the hypnotizing booms of Drake and Meek Mill’s going bad, the musical inferno of Young Thug and Gunna’s “Hot” (also the top rap and Hip Hop beat of the year), Wheezy was in another zone and still managed to score chunks of Future’s The Wizrd, Gunna’s Drip or Drown 2 and Young Thug’s So Much Fun.

After years of squashed beef, no one really expected Drake and Meek Mill to be buddy-buddy but here they are with the Best Rap Collaboration of the Year.

Drizzy chimed in with open support as Meek battled his legal problems throughout 2018 and to close out the year, the two hopped on an infectious Wheezy beat (who is DX’s 2019 Producer of the Year) and played musical volleyball as Drake angered Beatles fans worldwide and Meek served as our Hip Hop Robb Report.

The 2019 Rapper of the Year Award goes to DaBaby

Though his ascent has clearly been a slow burn for those in the new, it’s difficult to think of an artist who has had a bigger breakout year in recent memory than DaBaby. Capped off with the multi-platinum success of his single “Suge,” he dropped his debut and sophomore major label efforts — Baby On Baby and KIRK — in the same calendar (a lá DMX) and blazed a stack of notable singles — from remixes of Lizzo’s “Truth Hurts” to “Cash Shit” off Megan Thee Stallion’s debut.

Not to mention, he’s been touring like mad and making several high profile appearances, including his recent performance on Saturday Night Live. The real crazy thing is, he’s just getting started.

Check out the full Best Rappers Of 2019 list here.

Song Of The Year

In 2019 DaBaby proved to the world that less is more — especially with his smash hit “Suge” earning him our award for Top Rap and Hip Hop song of 2019. The lead single from his Baby On Baby project instantly stood out as one of his personal best performances for the simple fact that it was, well, simple. Jetsonmade used some easy chords, claps, and 808s to craft a trunk ratting beat that DaBaby could rap to shreds and ad-lib to his heart’s desire. Embodying the once menacing Suge Knight, DaBaby gets off some terrifically terrifying bars himself — all while lacing the chorus with his bouncy “yeah yeah” ad-lib. The song is the perfect placeholder for car rides, gym sessions, club nights or any situation where you need to go, baby.

Check out the full Best Rap Songs Of 2019 list here.

Hip Hop albums thrived this year in dozens of variations, melodic interpolations and such, but no other body of work matched the hollow-tip straightforward bars-and-bass approach of Freddie Gibbs and Madlib’s Bandana.

Over the course of 45 minutes, their binary system operation — from the cinematic “Fake Names,” to the whimsical seriousness of “Crime Pays,” Soul-Glo soulfulness of “Gat Damn” — was impeccable. So much that specially invited guests such as Pusha T, Yasiin Bey and Black Thought were just garnishing to the intoxicating musical coke hill that’s, simply put, one of the best underground rap albums of all-time.

As Hip Hop continues to explore its boundaries going into the next decade, a sample-heavy, lyrically dynamite album like Bandana reminds us we don’t have to stray too far from the foundation to make a classic.