Review: Tyler, The Creator’s “IGOR” Is A Fantastic Continuation Of His Artistic Transformation 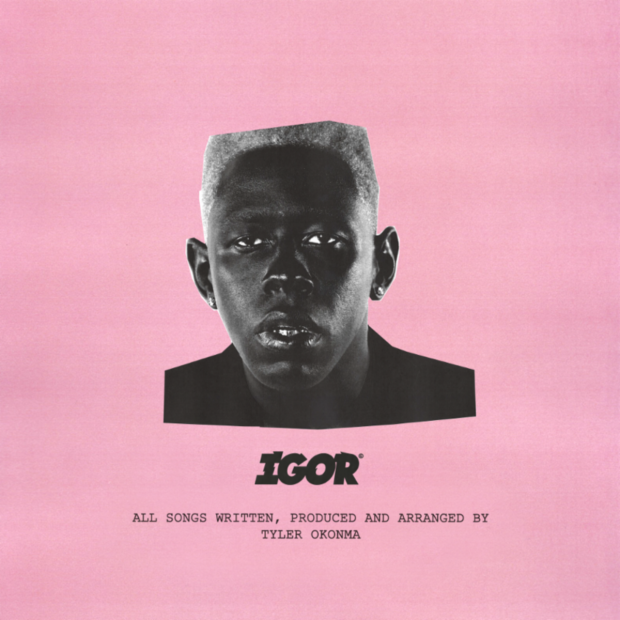 In 2011, as the head of Hip Hop collective Odd Future, Tyler, the Creator’s disturbing visuals and controversial lyrics launched him into viral fame. But with 2015’s Cherry Bomb, Tyler peeled off his Slim Shady-esque mask and got more vulnerable. This was further explored on 2017’s Flower Boy, a jazz rap album which had him opening up about his sexuality and garnering worldwide recognition. Its follow-up, IGOR, is the last step of this reinvention. Over the course of eleven, almost-perfect tracks, the Odd Future founder presents an enthralling, hazy meditation on the perils of intimacy and infatuation.

While Tyler’s previous albums were oozing with unfiltered creativity, IGOR is much more focused and builds a cohesive, linear narrative. The album starts off with “IGOR’S THEME,” a dreamy, synthy track featuring subtle performances from Lil Uzi Vert and Kali Uchis. Tyler invokes the feeling of wandering around a city in a car, gazing out the window as you become consumed by longing.

This carries over to “EARFQUAKE,” a gorgeous plea to a love interest. All of Tyler’s guests seamlessly mold themselves into the woozy textures of IGOR. “EARFQUAKE” has Dev Hynes and Charlie Wilson harmonizing on the chorus and Playboi Carti rapping over ethereal production. The track hits an emotional climax when Hynes, Wilson, and Tyler all join together to sing, “Don’t leave, it’s my fault.” There’s something poignant about Tyler’s tone-deaf, off-kilter performance. Through being transparent about the limits of his talents, his simple love letter lyrics are rendered more sincere.

As the album progresses, Tyler’s sentiments become increasingly desperate and unhinged. Often, he communicates this by upending traditional song structures. On “I THINK,” featuring Solange, he delivers a quick, spoken-word verse about his vulnerabilities. But suddenly, everything descends into a highly danceable funk song. Even as the theme of unrequited love is hammered in, and grooves and harmonies melt together, there’s nothing grating about IGOR. It presents a feast of stimuli: Frank Ocean gives an unrecognizable performance on “RUNNING OUT OF TIME,” “NEW MAGIC WAND” is a dreary masterpiece, and “A BOY IS A GUN” has Tyler revealing more intimate details about his love life.

“PUPPET” serves as the project’s emotional nucleus. Tyler recruits Kanye West for this enthralling pop song, managing to bring out Ye’s most sincere performance in a while. The song interpolates the 1966 James & Bobby Purify hit “I’m Your Puppet” and delves into the experience of being overly needy with lyrics like: “What do you need?/ Do you need bread? Do you need this?/ Do you need a hug? Do you need to be alone?” Ultimately, IGOR ends with heartbreak—album-closers “I DON’T LOVE YOU ANYMORE” and “ARE WE STILL FRIENDS?” capture the messiness of catharsis.

On IGOR, Tyler showcases a more polished iteration of the hazy pop he’s been perfecting for years. Though some might be disappointed that he’s becoming more of a singer than a rapper, this is the kind of project that should encourage more artists to disavow labels and relish in taking risks.