Review: Little Brother Is Still In Top Form On "May The Lord Watch" 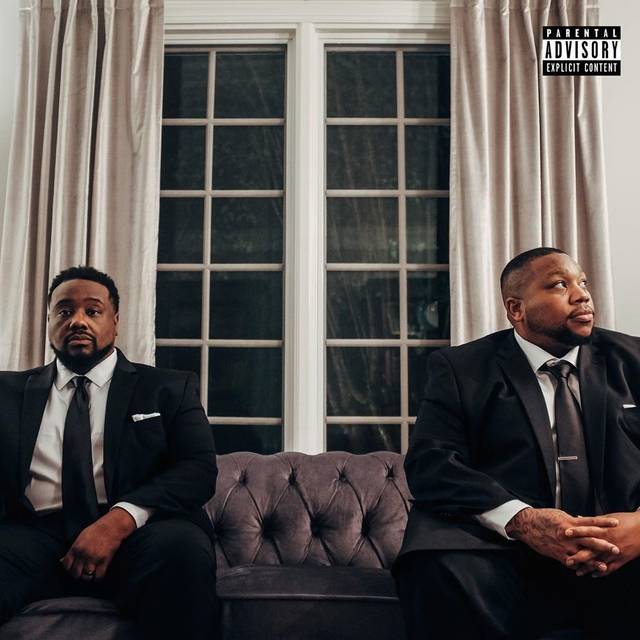 One year ago, Little Brother’s reunion seemed improbable. Phonte publicly said it wasn’t something he was even interested in doing. Yet an impromptu performance at the 2018 Art Of Cool Festival apparently changed everything.

In May, Phonte and Rapper Big Pooh officially announced their reunion — without 9th Wonder. Although 9th’s lack of involvement disappointed many fans, the fervor for new Little Brother music was rekindled when the duo unexpectedly dropped May The Lord Watch on August 20.

Somehow, the LP manages to live up to Little Brother’s lofty standards. Nine years after saying goodbye with 2010’s Leftback, Phonte and Pooh manage to pick things up like they never left.

Of course, the entertainment industry is filled with reboots and revivals that fail to live up to the original. But Little Brother’s fifth album is the needle in the haystack: a return of outstanding merit.

On the album opener “The Feel,” Tiggalo raps, “Flexing on an old bike I never forgot how to ride.” The line rings true as Phonte and Pooh’s chemistry is palpable throughout the LP. Their ability to coordinate, combine verses and spit lyrics in sync on “Everything” is an early reminder of their master class in collaboration.

May The Lord Watch also allows the two to revisit their yin and yang dynamic, something obviously missing from their solo work. Pooh laments his “new normal” living the washed life on “Sittin Alone,” recapping how he’s stuck at home watching others having fun clubbing via social media.

But after Nottz flips a fitting Bobby Caldwell sample for the hook, Phonte presents the other side of the story, describing how “after 35 the club’s a different kinda torment” and offering some advice:

“Before you hang with anybody 25 or less, stay your ass at home and keep it low, that’s what I suggest,” Tay declares.

The increased attention that comes with Little Brother gives Pooh the opportunity to show off his improved pen game too. “Y’all can Cirque Du Soleil all day/Word to Yahweh, I’m good on whatever y’all say/So whenever y’all play my quotes, jot their notes/Examining things I wrote, just get the story right,” he raps on “All In A Day.”

Phonte’s “rate of jewels per verse is just perverse” bar is a fact though as his elite lyricism eventually takes over the track.

“Made 40 revolutions over the sun and still it feels like I only begun/I got bank accounts holding my funds/Shoulders tired from holding my sons/And hands are tired from holding my tongue/I cared much more, now I care much less/What sucks is young bucks’ ideas of success/Till you kill shit, you have no sins to confess/Nigga, pipe down, one round is not a fuck-fest,” he spits on the second verse.

When it comes to production, Phonte and Pooh’s beat selection proves they know how to curate the Little Brother sound without 9th on the boards. Longtime collaborator Khrysis, the aforementioned Nottz, the underappreciated Focus… and ace in the hole Black Milk orchestrate the signature brand of soulful boom bap, resulting in head-nodders such as “Black Magic (Make It Better)” and relaxed vibes such as “Goodmorning Sunshine.”

May The Lord Watch is often brilliant, but it does come with a steep barrier to entry. The LP is structured around the fictional network UBN, which has been resurrected from Little Brother’s acclaimed album The Minstrel Show.

Beloved characters Dunniford Duvall and the now-deceased Percy Miracles (R.I.P.) are back in the spotlight alongside real-life figures Joe Scudda and Peter Rosenberg, who’s become president of UBN. The Listening favorite Roy Lee even shows up for a James Lipton-style parody hosted by The Roots drummer Questlove.

If those names mean nothing to you, it’s not your fault: the skits require deep knowledge of Little Brother’s catalog. Due to their prevalence on the LP, May The Lord Watch is a terrible entry point for any new listener trying to check in and see what all the hype’s about. It would be like watching Avengers: Endgame without seeing the previous films in the Marvel franchise. The saga of Percy’s funeral is hilarious in context but must be completely baffling to someone who’s never heard “Cheatin.”

Yet sacrificing accessibility just makes May The Lord Watch all the more rewarding for Little Brother fanatics. The LP is a dream come true for all the Hip Hop heads who’ve spent years clamoring for this reunion. Some may remain hung up on 9th’s lack of involvement but penalizing the record for his absence is a disservice to all parties involved.

Phonte and Pooh have released the best Little Brother album since 2005’s The Minstrel Show. In doing so, they’ve reaffirmed why LB means something special to so many people and proven the improbable is still possible.