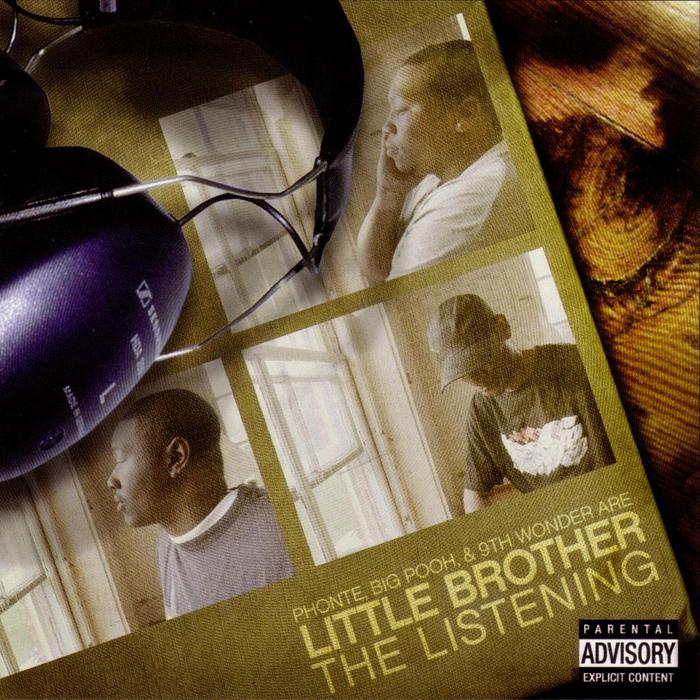 Let’s play a little association game, shall we? North Carolina; MJ? Tar Heels? Petey Pablo? Little Brother? What…? How about, pure hip-hop? Gangstarr? A Tribe Called Quest? Pete Rock & CL Smooth? Little Brother? Who…? In case you haven’t heard, this is the listening. Phonte, Big Pooh and producer extraordinaire 9th Wonder are not only repping NC, but the classic early/mid 90’s hip-hop that so many yearn for today.

Phonte and Big Pooh are both very capable emcees, worthy of blessing the phenomenal soundscapes of their producer. Sounding like he learned the ropes from Pete Rock and Jay Dee, 9th Wonder quickly establishes himself as one of hip-hop’s best producers with this album. With all the hoopla surrounding the soul sampling used by Kanye West and Just Blaze, one listen to songs like “For You” and “Whatever You Say” will make you realize they aren’t in 9th Wonder’s league.

Acting as the little brother to an era that focused on making entire albums, not two singles and some filler, LB pays their homage at every corner. The educated listener will not miss their interpolations of Chuck D, Audio Two, Tribe, and Eric B & Rakim (PEACE!). Phonte and Big Pooh are not the only one’s showin’ love though, 9th Wonder reps his elder statesmen at every turn. The albums tour de force, “We Like The Way You Do,” could have easily been produced by Pete Rock. Beautiful is about the only word that describes that song. The heartfelt “Away From Me” features more incredibly subtle soul samples from 9th and some Dilla-esque snars.

Front to back, top to bottom, “The Listening” does not falter. Each song, from “Groupie Pt.2” to “The Listening” (check the “T.R.O.Y.” sample), is just a pleasure to listen to. Really, that is the key; listening. After twenty plus spins of this album, it continues to get better and better. In this age of disposable music and over saturated markets, fans often do not really listen to music anymore and if something doesn’t grab their attention right away they just hit the skip button. Little Brother should overcome that, because everyone should be listening.