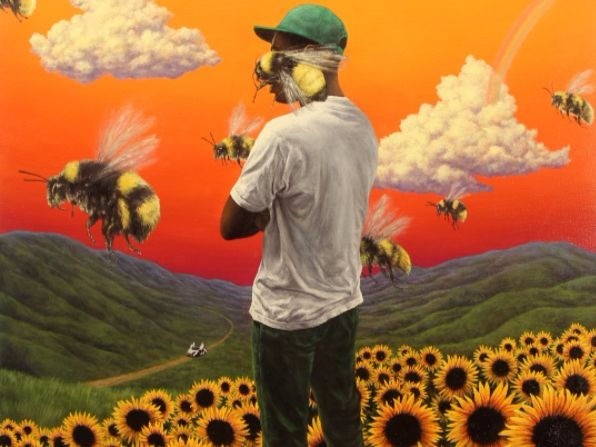 Rumors are suddenly swirling around Tyler The Creator’s Flower Boy LP. After the album apparently leaked late Sunday night (July 9), fans are saying it features a confessional Tyler who admits he’s gay, or at least bi-sexual. Several subsequent social media posts claim the Odd Future rapper “comes out of the closet” on the album.

Other people are also saying it’s nothing new and that he’s mentioned multiple times that he was gay. Interestingly enough, in 2015 Tyler posted an tweet that read: “I TRIED TO COME OUT THE DAMN CLOSET LIKE FOUR DAYS AGO AND NO ONE CARED HAHAHHAHAHA.”

Tyler has not responded to the speculations or leak yet. Check out some of the reactions below.

the homophobes when they realize Tyler the creator is gay and they've been feelin him for years pic.twitter.com/M7GJN4HoHC

people surprised tyler the creator is gay and came out the closet im just more surprised this fool let his album leak.

@tylerthecreator Yo tyler all this concerning your album leak: just know that we love you man. And imma need that physical nigga

tyler, the creator in 2017: comes out as gay#characterdevelopment

Tyler the Creator said he was gay like 12 times since Goblin dropped and niggas was like "nah, you just trolling cuz you miss your dad"

Remember when frank ocean came out and Tyler the creator was like "I knew that nigga was gay cause he eat unfrosted poptarts" lol.

Damn so Tyler the creator gay huh? Lowkey not surprised, shocked he waited so long to come out though.