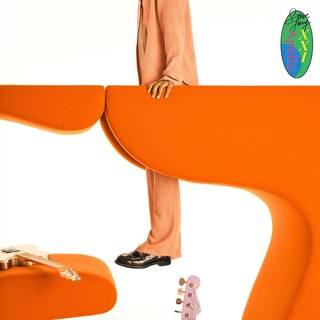 In a 2016 Fader cover story titled “The Internet Wins Alone, Together,” the Los Angeles-based Odd Future offshoot was still white hot from earning a Best Urban Contemporary Grammy nomination for their Ego Death album. The feature primarily focused on the group’s decision to take a quick hiatus to focus on solo work that would last until 2018’s Hive Mind alongside focusing a bit on member Steve Lacy.

The Internet guitarist just graduated from high school as the band’s youngest member and was thrust into the limelight while growing into adulthood. Over time, he released a warmly received EP and managed to score some serious production credits with heavyweights ranging from Kendrick Lamar to J. Cole.

The groovy album opener “Only If” grows into funky dynamics as it comes to an end. Its three-part follow-up track “Like Me” (featuring DAISY) might be Apollo XXI’s easiest listen and clearest highlight. The nearly nine-minute joint has Lacy pondering the ramifications of coming out as bisexual before a few beat changes throughout the fairly ambitious track. A stylistic bait-and-switch comes immediately through “Playground,” which represents a large amount of the indie-rock inspired tracks, which, makes sense considering Lacy has also produced for Vampire Weekend. Other moments including “Guide,” “Basement Jack” and “In Lust We Trust,” which do a good job at not only showcasing his genre-crossing musicianship but his potent vocal abilities as well.

Apollo XXI isn’t without a few misfires, however. Closer “Outro Freestyle / 4ever” sounds more like an unfinished experiment. The song even uses the same sample used on the “Exit Scott (interlude)” record he produced on Solange’s When I Get Home album. Ahead of the ender, other tracks like “Amandla Interlude” and “Hate CD” feel more like demos to something greater than something fully fledged idea wise.

There’s a portion of the violin duet “Amandla Interlude” where Lacy jokes about giving the “bare maximum.” That line pretty much sums up Apollo XXI. Lacy’s solo effort is filled to the brim with ideas even when it sometime sounds as if he’s creatively a little too all over the place. Thankfully, even when he fails, listeners should be fascinated by even those attempts.