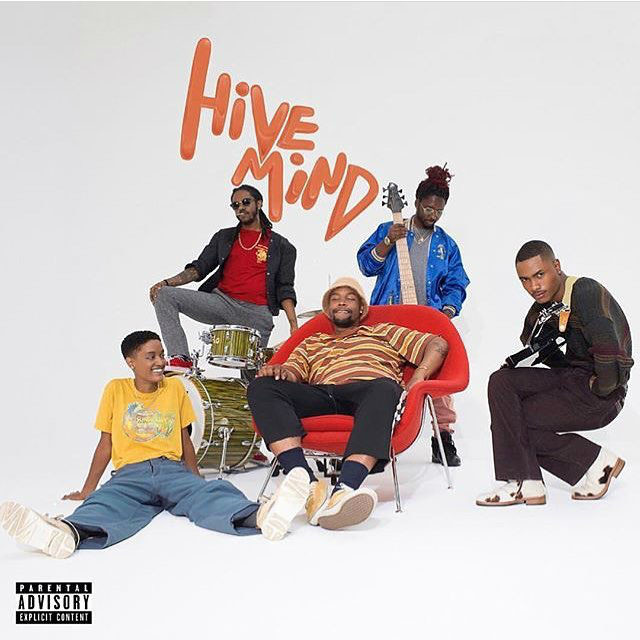 When Syd Bennett and Matt Martians decided to branch out from Odd Future to form The Internet in 2011, the music that followed wasn’t exactly predictable. Odd Future was renowned for its raucous, sometimes controversial rap, while The Internet was emanating ’70s-influenced, sophisticated soul vibes.

After three albums (including the Grammy Award-nominated Ego Death), The Internet — Steve Lacy, Martians, Syd, Patrick Page and Christopher Smith — is back with Hive Mind. From its first funky note, it’s clear we’re in for another soul-fueled journey.

Album opener “Come Together” immediately sets the tone for the R&B-soaked project. Much like the group’s video for “La Di Da” — an undeniable highlight — the album was birthed from the collective’s close-knit relationships with one another, but primarily revolves around relationships with other people.

From “Stay The Night” to “Mood,” Syd explores her intimate relationships with other women, although not in a way that’s overtly sexual or crude. Her growth as both a songwriter and human being is especially evident on “Next Time/Humble Pie.”

The two-part song revolves around themes of regret and second chances. As Syd sings about missing the opportunity to connect with a certain someone, she comes to the conclusion it wasn’t meant to be and embraces the lessons she learned from the experience.

While Hive Mind is nearly seamless, it hits its first snag on “Come Over” when Lacy temporarily takes over lead vocals toward the end of the track. During the last 50 seconds of the song, he comes in with, “These bitches want diamond rings, Birk bags and other bling/I just don’t feel the same/Vanity’s not my thing.” With his casual use of “bitch,” it momentarily derails the album’s enlightened concept and doesn’t quite fit with the overall theme.

It briefly trips up again on “Bravo.” Although Syd’s vocals are on point, its jarring beat makes the song an easy skip.

The explosive, more uptempo “Look What U Started” spotlights Syd’s range and cloaks her heartbreak in slick bravado.

“You can’t keep playing innocent/I know the truth/I know you’re crazy/Falling out of love with you wasn’t easy/But I’ve finally gotten over you,” she sings. “Now you should ask yourself, was it worth it?/Before you go and ask for help/Do you deserve it?”

Although Syd’s soft and soothing voice continues to carry the bulk of the project, when Lacy and Martians take over for “Beat Goes On,” their voices are an unexpectedly welcome alternative. Together, they craft one of the strongest songs on the album and, once again, prove their contributions are just as integral to Hive Mind‘s cohesive sound as their sole female counterpart.

“Hold On” brings the album to a quiet close and seals up one of the best R&B/soul albums of 2018. Join the swarm.