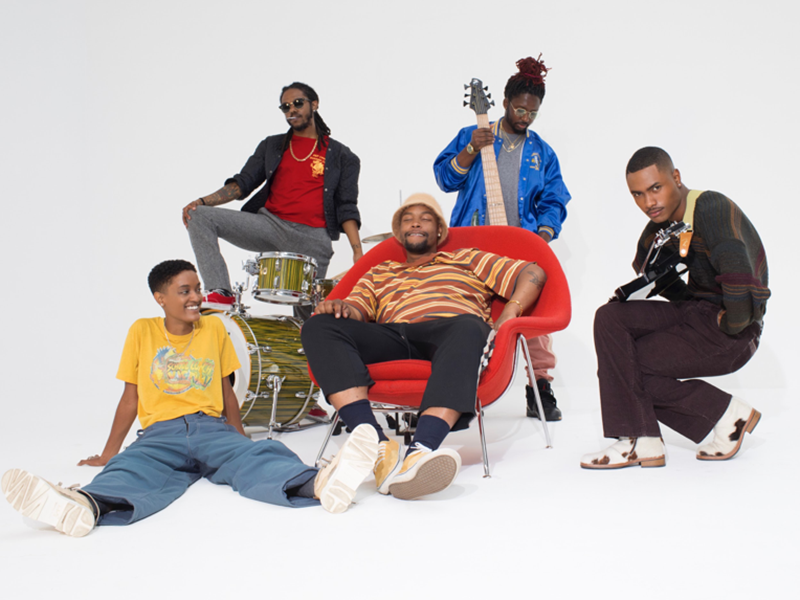 Three years after releasing the Grammy-nominated Ego Death, The Internet is back with a new album titled Hive Mind.

The project follows a busy 2017 for the band that saw multiple members, including Syd, release solo LPs. The group has crafted 13 tracks for their return, anchored by the lead single “Roll (Burbank Funk).”

[This post has been updated. The following was originally published on May 31, 2018.]

Coming off the recent announcement of the release date of their upcoming Hive Mind album, The Internet has returned with their newest single called “Come Over.”

Hive Mind drops July 20 and serves as L.A. band’s follow-up to their breakthrough third album, Ego Death. The album is a result of the five members of the group reuniting after the success of their individual efforts.

Vocalist/Songwriter Syd explained the group’s reunion in a press release.

“After making a few songs we realized that we really want to use this album to live by example and promote camaraderie amongst young black people,” Syd said. “We realized that we’re the only band of our kind. And we want to really solidify ourselves as that, as the best.”

The group will be touring through Europe in June and July, and will appear at the Afropunk festivals in Brooklyn and Atlanta in August.

Check out the tracklist, cover art and some concert dates below. Pre-ordered Hive Mind here.