Review: DJ Premier Raises Gang Starr's Stock With 'One Of The Best Yet' 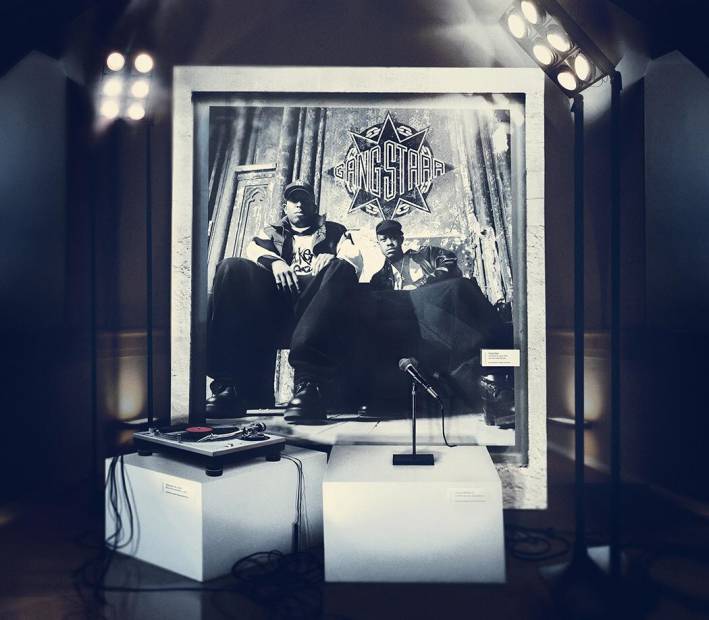 In Complex’s Magnum Opus mini-documentary series episode about Gang Starr’s 1994 hit single “Mass Appeal,” DJ Premier declared it was a “shame” for the Hip Hop journalism industry to not pay tribute to Guru by putting him on any magazine covers after his death in April 2010.

On Gang Starr’s 17-track comeback opus One Of The Best Yet (a self-explanatory label that’s derived from the duo’s memorable title track from their 1999 greatest hits album Full Clip: A Decade Of Gang Starr) hammers down Premier’s point for redemption.

The duo’s seventh album comprised by some of Guru’s 30 unreleased verses filled with whipsmart battle rap lyrics and Preemo’s trademark production formula of chunky basslines, punchy snares, multi-layered dusty record loops and simplistic scratches. The LP clocks in around 40 minutes and most of the tracks are lean in just over two minutes in length without a hefty list of guest features from rap contemporaries to carry the project’s whole weight of the posthumously released album such as The Notorious B.I.G.’s Born Again and 2Pac’s Better Dayz.

Once the first song “Lights Out” featuring M.O.P enters, Premier’s sledgehammering snares and bass drum kicks are ominous to Guru’s raging vocals has the same thunderous energy as LL Cool J’s “Mama Said Knock You Out.” Guru yells and sounds like a rap Lazarus yelling, “Lights out, I told y’all, this is the one I owe y’all/When you see me, act like you know I know y’all/No one but Allah can hold y’all/Average muthafuckers can’t even handle what I told y’all!”

The album continues its Gang Starr Foundation revival with Group Home and Preemo’s partner-in-PRHYME, Royce Da 5’9, on “What’s Real.” Nickel crafts intensified bars and pays homage to Guru to acknowledge his spirit felt in the studio during the album’s creative process: “Watch smoke is in the air, feel like voodoo’s on the floor/’cause we got the actual ashes of Guru on the boards.”

On “From A Distance” featuring Jeru The Damaja, Guru and The Sun Toucher bring their Five Percent Nation teaching-laced lyrics to sound as high-brow and street-wise for Gang Starr’s most intellectual record since “Above The Clouds.”

The romantic “Get Together” featuring Ne-Yo and Nitty Scott is finds Guru gets romantic with Scott who has a stellar portrayal of an around the way girl over melodic jingle bells.

Low points are “Business Or Art” featuring Talib Kweli, in which Guru’s vocals don’t match the lethargic soundscape, and “So Many Rappers” incorporating beat changes that sound incompatible. Big Shug’s freestyle crooning on “One Of The Best Yet (Interlude)” seems hollow as an introduction for the suspenseful “Take Flight (The Militia Pt. 4) featuring Big Shug and Freddie Foxx.

One Of The Best Yet doesn’t match Gang Starr’s best albums such as Hard To Earn, Daily Operation or Moment Of Truth. But it’s arguably the most important chip of the duo’s discography because of its heavily publicized legal of Premier and Guru’s Elam family against the rapper’s embattled former svengali Solar. It’s an epilogue for Premier, his Gang Starr Enterprises executive partner and Guru’s sister Trish as well as his 19-year-old son Keith Elam, Jr., who are the executors of the rapper’s estate.

To close this decade, One Of The Best Yet makes a strong case that its chain and star logo is Hip Hop traditionalism’s version of the Union Jack flag to salute where credit is due to one of rap’s greatest MCs and duos yet.