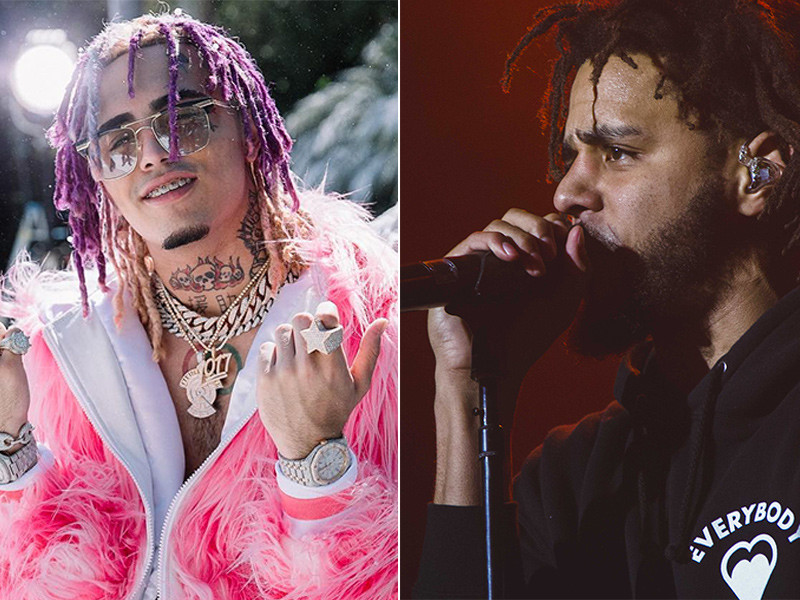 J. Cole released his highly anticipated fifth studio album KOD on Friday (April 20), and fans online are already singling out the LP’s closing track — “1985 (Intro to ‘The Fall Off’)” — for its subliminal shots.

While the song serves as a lecture of sorts for today’s new generation of so-called “mumble rappers,” many fans and commentators believe Cole is calling out one artist in particular: Lil Pump, though he doesn’t mention anyone explicitly.

“I heard one of em diss me, I’m surprised/ I ain’t trippin, listen good to my reply/ Come here lil man, let me talk with ya/ See if I can paint for you the larger picture,” Cole raps, before breaking down his intended target.

Back in April of 2017, Lil Pump teased a song titled “Fuck J. Cole” via social media. The cut — produced by fellow Florida rapper Smokepurpp — features a whole bunch of “bitch-ass” and “ugly-ass” insults toward the Dreamville Records bossman, though Purpp later explained they were just trolling.

OMG J. Cole went off on 1985. Lmao he practically wiped off all new generation rappers. It's like an open letter to those that do trash music and still wanna disrespect him. pic.twitter.com/MKAKAh86We

Yeah Lil Pump was fucked off for dissing J Cole. Ain’t no coming back after he hears 1985

@JColeNC thoroughly washed an entire subculture with his 1985 joint

This isn’t the first time Cole has taken a swipe at today’s new generation of rappers on wax. Back in late 2016, the North Carolina native released the diss-heavy cut, “Everybody Dies.”