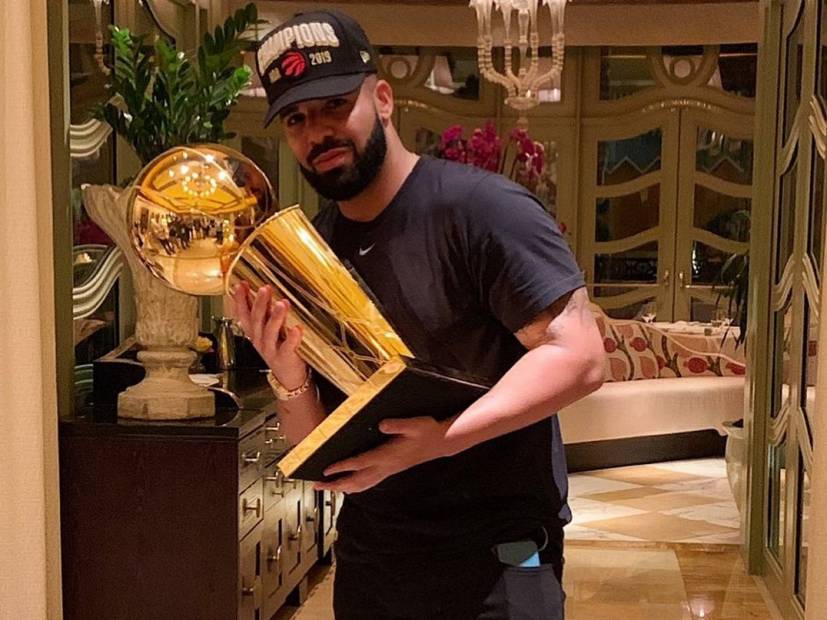 This week in Hip Hop, Drake dropped two new singles in celebration of his hometown team, the Toronto Raptors, winning the 2019 NBA Finals. Also, Lil Durk went to court to face an attempted murder charge and DJ Khaled landed at No. 1 on the Billboard charts after threatening to sue.

Omertà and Money In The Grave feat. @richforever out now on ALL platforms

The Toronto Raptors won the 2019 NBA Finals on Thursday (June 13). As promised, Drake celebrated by releasing two new heaters — “Omertá” and the Rick Ross-assisted “Money In The Grave” — as part of his “Best In The World Pack.”

Lil Durk appeared in court for his attempted murder case in Atlanta this past Friday (June 14). Police allegedly have footage of him shooting a man, according to WSB-TV.

WSB-TV reporter Lori A. Wilson said the presiding judge found probable cause for Durk and his co-defendant to be charged with “possession and criminal intent to commit murder among other charges.” The Chicago-bred rapper was reportedly denied bond at the hearing.

DJ Khaled Cries His Way To No. 1 On Billboard Charts

DJ Khaled wasn’t happy his latest album Father of Asahd debuted at No. 2 on the Billboard 200 instead of No. 1, which was earned by Tyler, The Creator’s IGOR LP.

Khaled was so upset he criticized Tyler’s album and threatened to sue Billboard for not including some bundles in his album sales.

This week, Father of Asahd hit No. 1 on the Hip-Hop/R&B chart, which prompted Khaled to brag about beating Tyler via Instagram.

“I’m in the music bizz not bundle bizz,” he captioned his IG post.

Read more about DJ Khaled and the Billboard charts here.

HipHopDX spoke with Nems about the changing climate of the music industry and the approach to signing new talent.

Aaron McGruder & Sony Set To Reboot “The Boondocks” In 2020

Aaron McGruder is bringing The Boondocks back, and Charlamagne Tha God explained to DX why he’s excited about the reboot.

“The Boondocks is one of my top three TV shows of all time,” Charlamagne said. “Aaron McGruder is a genius and I don’t use that term loosely. Programming like The Boondocks is what always made me via my platforms have the perfect balance of ratchetness and righteousness because if you ever watched The Boondocks you understood the messaging in it was way deeper than animation.”

DX talked to Black Thought about a recent New York Times article that detailed the 2008 fire at Universal Studios Hollywood.

How To Avoid Sample Clearance Issues Like Logic Encountered

In a guest editorial, Darrell “Digga Branch” explains how to navigate the business of sampling and why Logic’s recent rant about dismissing sample clearances is dangerous.

“As a sample-based producer for over 20 years, I know firsthand about the challenges sampling pre-recorded music presents,” he penned. “I actually share Logic’s frustration with the sample clearance process. If the process was easier and affordable, we would all be happy. At the same time, based on his tweet, I think he’s totally misguided about the business of sampling though.

“Sampling is an art form, which has been the foundation of Hip Hop since its inception. Samples are source materials just like colors and acrylic paint are to an artist. That’s the creative and technical side of sampling. But, when a producer samples a pre-recorded song, he or she is also entering the realm of copyright law.”