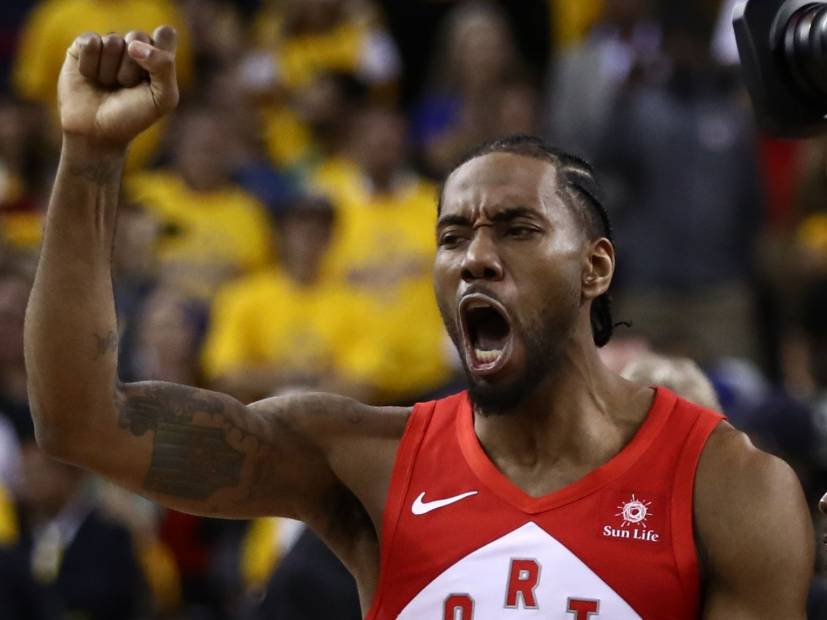 NBA fans were on the edge of their seats as the Golden State Warriors took on the Toronto Raptors in Game 6 of the NBA Finals on Thursday night (June 13).

As the fourth quarter came to a close, the Raptors were leading the Warriors by one point with 18.5 seconds on the clock. But the Warriors — who won the title last year — were unable to close the gap and wound up losing with a final score of 114-110.

Naturally, Twitter exploded with reactions to Toronto’s victory and many were vocal about wanting to see Drake’s reaction. The 6 God was watching the action from Jurassic Park in Toronto and has been one of the most outspoken supporters of his home team.

In video captured of the moment the game was called, Drake clearly couldn’t contain his enthusiasm.[apple_news_ad type=”any”]

At the end of the game, the Warriors’ Stephen Curry demonstrated nothing but true sportsmanship and congratulated the Raptors’ Kawhi Leonard, who was also named MVP of the NBA Finals for second time in his career.

Hip Hop had something to say about the Raptors’ first championship in team history.

Most proud of these @Warriors!! Fought to the end! Congratulations @Raptors on a great series. I was entertained!

Doris on some messy shit they should’ve got Taylor Rooks.

Welp. At least we got Summer League.

Which should be bussin this year.

Put Kawhi and Suga Free on the Mount Rushmore of the IE.

I’m proud of the Warriors, they played with nothing but heart. Dubs up. They won by technicality , they didn’t win at us at our best. But good game.

From Linsanity to NBA Champion

No excuses!!!! Goodbye Oakland Class last when you run out of cash!!!