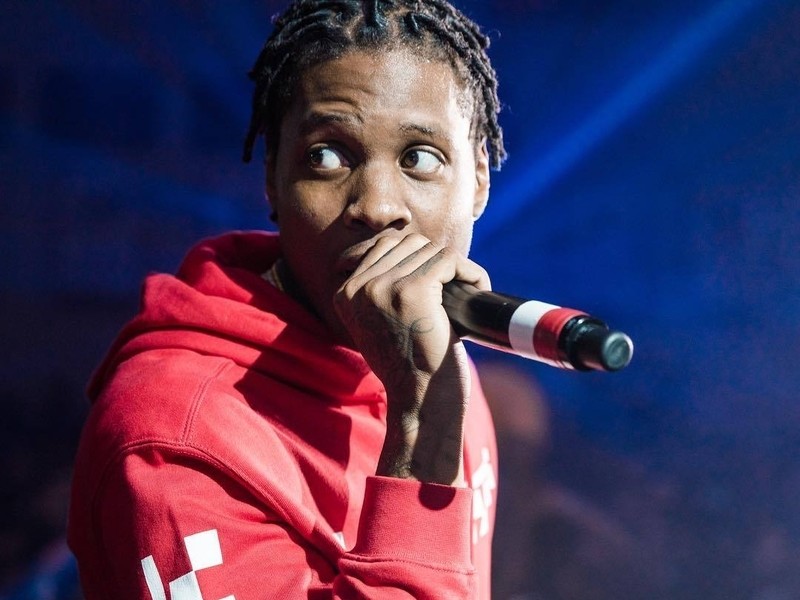 Atlanta, GA – Lil Durk was in an Atlanta courtroom for a bond hearing on Thursday morning (June 20). Although a judge initially denied bond for the incarcerated rapper, Durk was finally allowed to post $250,000 to secure his release from jail, according to WSB-TV.

He won’t be on house arrest, but the judge laid out several conditions Durk will have to follow.

For starters, he’ll have a curfew from 11 p.m. to 7 a.m. local time, need to wear an ankle monitor at all times, is prohibited from having any contact — direct or indirect — with gang members, can’t be near or possess any weapons and must stay at least 200 yards away from the victim.

Judge grants bond for Rapper Lil Durk. “Turning yourself in does mean something” – still cites concern for gun charges, says he cannot be near a weapon. A live report at noon @wsbtv pic.twitter.com/l8rPvLPG2l

Durk and a co-defendant are accused of shooting a 23-year-old man outside of The Varsity in Atlanta four months ago.

He turned himself in on May 30 after wrapping up his most recent tour. In an exclusive interview with WSB-TV, Durk maintained his innocence.

Attorney Manny Arora says he’s expected to be out of jail on Friday (June 21).

[This article has been updated. The last version was published on June 14, 2019 and can be found below.]

According to WSB-TV Atlanta, the Chicago-born rapper was in court on Friday (June 14) when the detective said they have video of Durk shooting a man near The Varsity while he was driving.

Shortly before 2 p.m. local time, the judge found probable cause for Durk and his co-defendant to be charged with “possession and criminal intent to commit murder among other charges” as explained in a tweet from WSB-TV reporter Lori A. Wilson.

BREAKING NOW: Judge finds probable cause for Lil Durk and his codefendant to be charged with possession & criminal intent to commit murder among other charges, details at 5p @wsbtv pic.twitter.com/UwstjrX40e

Durk turned himself in on May 30 after wrapping up his most recent tour. In an exclusive interview with the news outlet, he proclaimed his innocence.

The shooting took place in February at The Varsity restaurant in Atlanta where a 23-year-old man suffered multiple gunshot wounds.

A judge has denied bond.

[This article has been updated. The last version was published on June 1, 2019 and can be found below.]

Shortly after a warrant was issued for Lil Durk’s arrest, the Chicago-bred rapper surrendered to Georgia authorities.

According to a tweet from WSB-TV’s Michael Seiden, Durk turned himself in on Thursday (May 30) around 9 p.m. local time. His first court appearance was on Friday (May 31).

Before Durk surrendered, he did an exclusive interview with WSB-TV and proclaimed his innocence.

When blatantly asked if he shot the victim, Durk said, “Um, no.”

The charges originate from a February 5 shooting at The Varsity restaurant in Atlanta where a 23-year-old man suffered multiple gunshot wounds.

Durk remains in Fulton County Jail after his bond was reportedly denied.

[This article has been updated. The original version was published on May 30, 2019 and can be found below.]

A warrant has reportedly been issued for Lil Durk’s arrest. TMZ reports the Atlanta Police Department says officers have obtained the warrant, but Durk isn’t in police custody — yet.

The Interscope Records rapper shared a somewhat cryptic Instagram post on Wednesday (May 29), indicating he was turning himself into police. He didn’t provide any further details.

According to WSB-TV Atlanta, officers responded to reports of a person shot around 5:45 a.m. local time on February 5 at The Varsity restaurant, where they discovered a man suffering from a gunshot wound.

Officers recovered 13 shell casings from a rifle and pistol at the scene as well as a firearm. They believe at least 18 shots were fired.

The 23-year-old shooting victim was rushed to Atlanta Medical Center where he underwent surgery. He survived.

I'm on the scene, speaking with witnesses while police investigate a shooting, right in front of The Varsity in Midtown Atlanta.@wsbtv pic.twitter.com/7Fsj6mk5q5

Police interviewed two witnesses who said the victim appeared to be in a verbal dispute with an unknown black male before the shooting. Officers have the surveillance footage and are looking for a dark-colored SUV seen leaving the area.

Durk has yet to turn himself over to authorities. The investigation is ongoing and it’s unclear how the LilDurk2x creator is involved.