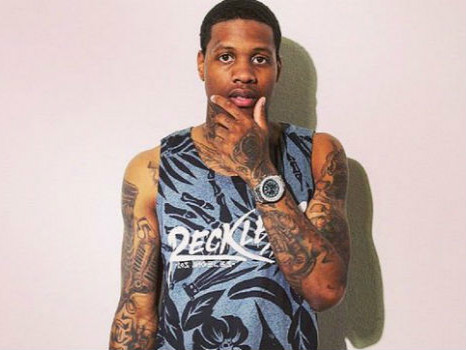 The LP is made up of 13 tracks and includes features from Future, Young Thug, Yo Gotti, Ty Dolla $ign and Durk’s rumored lover, DeJ Loaf on “My Beyonce.”

This is the follow-up to the Chicago rapper’s 300 Days, 300 Nights mixtape, which came after his debut album, Remember My Name.

Lil Durk’s LilDurk2X is set to feature Future, Young Thug and Yo Gotti, according to the tracklist on the album’s iTunes pre-order.

The LP is also to include the singles “My Beyonce” with DeJ Loaf and “She Just Wanna” featuring Ty Dolla $ign among the 14 cuts. DeJ Loaf, who has reportedly been dating Lil Durk, will return on “Good Good” with Kid Ink.

Lil Durk’s last album was Remember My Name, released last June. He has since dropped the 300 Days, 300 Nights mixtape.

View the tracklist and deluxe cover art below:

The Chicago rapper made the announcement today (June 2) on Twitter with a post sharing the official cover art.

Lil Durk released the video for the “If I Could” single in March and hinted at a May release date for the project, but it did not materialize.

View the LilDurk2x cover art below:

The next step in that journey is the release of the LilDurk2x mixtape, which the Chicago rapper announced with the release of his “If I Could” video. The song is produced by C-Sick. The two worked together for multiple tracks on 300 Days, 300 Nights.

The description for the video says that LilDurk2x is due out May 1.

Watch the video for Lil Durk’s “If I Could” below: