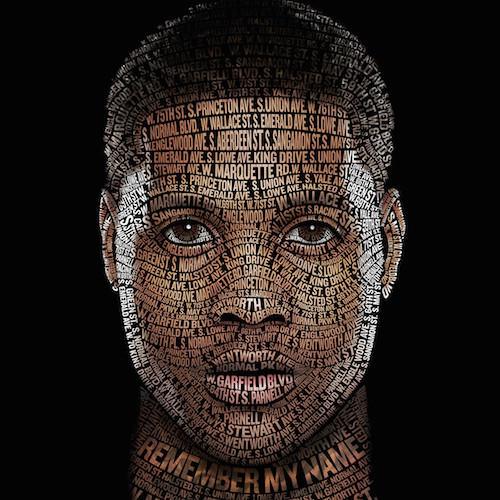 Whether glorified or dismissive, expectations for an album before it hits the digital shelves is most often a recipe for disaster. But when an artist chooses Remember My Name as the title of their official debut album, the project is accompanied with an inevitable itch for something immaculate. To some capacity, all artists desire immortality. Jay-Z, Nas, The Notorious B.I.G., etc. will never be relegated to forgotten debris swept away by the tastemakers of ensuing epochs. Interestingly enough, the aforementioned artists are routinely revered for their debut albums. As both the title and the strength of his previous work suggest, Lil Durk wants his name to be forever ingrained in the American conscious. That goal hopes to be reached simultaneously as one of the famous pioneers the Chicago-based “Drill” movement and the infamous emblem of the current murderous gang war waging in “Chiraq.”

With death literally around his corner, one might expect Remember My Name to be a grandiose mission statement immune to the test of time, but the album is surprisingly plagued by a mediocre essence, sometimes hitting perilous lows. The augmented significance of mixtapes have altered hip-hop significantly, allowing artists like Durk and Rich Homie Quan to release  swarms of music without a proper debut album. But shapeshifting trends aside, an emcee’s debut album should not only showcase an exhaustion of creativity but, an ultimate desire to entice the masses. Durk has, in the past, showcased a keen ability to captivate audiences’ attention with a synthesis of addictive hooks and flows, like the visceral urge to #turnup on the drill-draped “L’s Anthem,” or “War Wit Us,” or the melodic “Bang Bros.” Viewed from that lens, Remember My Name is an enigma, a polar opposite of esteemed lyricists who dominate the mixtape circuit but are unable to craft cohesive studio albums.

Contrary to his demand for immortality, Durk appears as a masked version himself for the majority of Remember My Name. Content-wise, it is overburdened with gangsta braggadocio, almost as if Durk is seeking a certified stamp of approval. Unlike most rappers, Durk’s bleak upbringing and kinship to violence is well documented. Instead of more vivid portrayals, the overwhelming gist of the colorless “murder murder, kill kill” lyrics found in tracks like “Amber Alert” and “What Your Life Like” is akin to a Hollywood screenwriter penning a contemporary gangster flick borrowing solely from his imagination.

The demand for the entertainer to fulfil the role as social trailblazer is one of the most nearsighted solicitations from fans, but in Durk’s case, the issue is more problematic. With innocent lives being lost in Chiraq, coupled with the recent murder of Durk’s manager OTF Chino, wish fulfilment for Remember My Name to transcend unimaginative trigger talk and sexcapades for more emotive content felt inevitable. Conversely, Durk is bound by a code of silence not to embellish too much detail due to a lengthy rap sheet but most importantly, his own safety. Regardless of whether his hands are tied creatively to coded lyrics, such as “500 Homicides,” the music undoubtedly suffers as a result.

But there are ephemeral periods on Remember My Name where Durk is more illuminative of his world, like “Resume.” Aside from a flat chorus, Durk loosely narrates his eventual path to success and his assimilation with street life. “Don’t Judge Me,” a standout of the album, is the transparent, gravitational pull to Durk’s murky world. A severely underrated lyricist, Durk delves into the emotions felt in his former life, which still reverberate, like growing up in poverty and disloyal homies. What usually makes Durk a king among Drill mortals is his lyricism while most of his peers build their careers on a singular cadence. On “Tryna, Tryna,” Durk’s ever-changing lyrical velocity and Logic’s florid poetics make for a dynamic chemistry.

The title’s overt demand for permanent residency in the collective consumer’s cerebral cortex ultimately amounts to Remember My Name’s slightly-above mediocre status. Durk loyalists already amassed with superb past releases like Signed To The Streets or Life Ain’t No Joke will presumably enjoy an album primed for escapist frollicking and joyrides with the windows down. However, immortality is no easy feat, and if Durk actually wants to be an artist conjuring images of awe, he must be willing to exacerbate the full reserve of his creativity and usher fans deeper into his world with future releases.