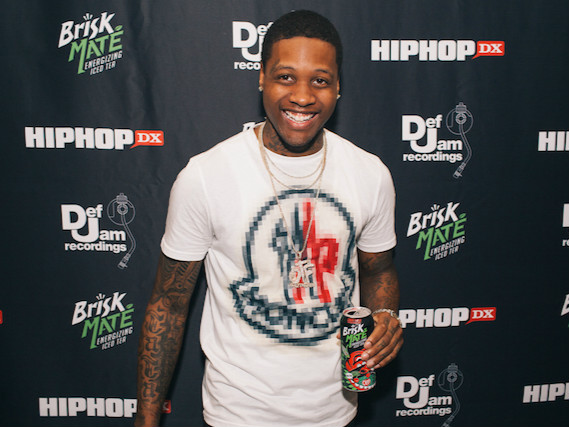 Austin, TX – Lil Durk represented his hometown of Chicago at #BriskDX Wednesday, continuing the hype around his most recent project, the 300 Days 300 Nights mixtape. However, the rapper also helps support the Atlanta rap scene when he made two appearances on Young Thug’s I’m Up mixtape.

Lil Durk says that his working relationship with Young Thug is natural.

“We knocked like six songs out in one night and we just picked two to put on the tape,” he says in an exclusive interview with HipHopDX.

He continues by saying that good studio chemistry doesn’t require any certain drug or outside substance to help stimulate creativity.

“Studio vibes,” he says of the key to a good connection. “It don’t matter what you off. If you got good studio vibes, you’re straight.”

The Remember My Name rapper says that he has a lot of music in the works, including a mixtape and album.

He has also continued working with girlfriend DeJ Loaf. The couple has a song together, “My Beyonce,” on the 300 Days 300 Nights mixtape. Lil Durk says that they have about 15 more songs together and plays along with the suggestion of a collaborative album.