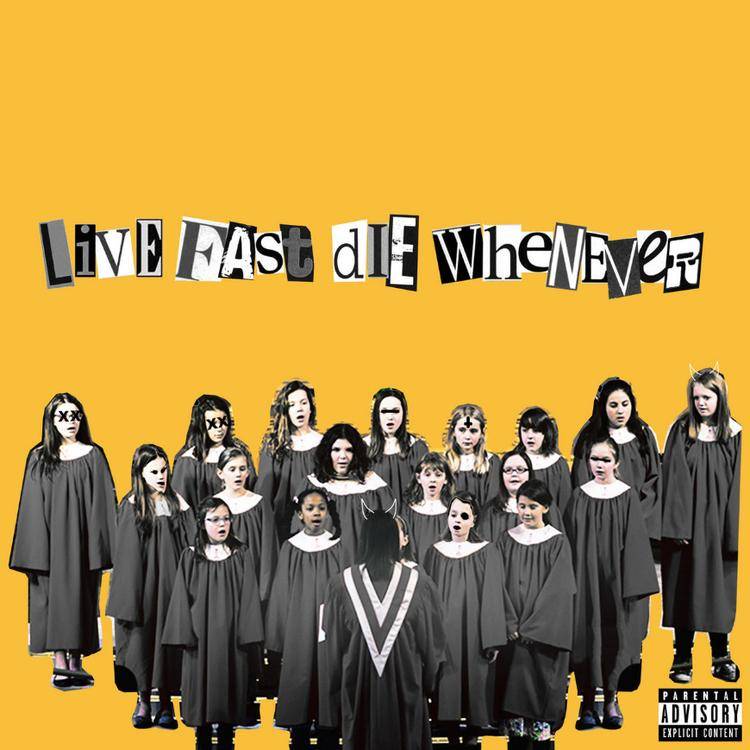 The rock-rap crossover is, of course, nothing new. Any self-professed Hip Hop fan knows that while the touchstone of the genre is 1986’s Run-DMC classic “Walk This Way,” which single-handedly revived Aerosmith’s then-faltering career. The Kings from Queens’ 1984 single “Rock Box” also featured a guitar riff from legendary guitarist Eddie Martinez. Even as far back as the 1960s, a precursor to modern Hip Hop was popping up in various rock tracks like “I Wanna Be Your Dog” by Iggy Pop and The Stooges.

Today, however, “rock-rap” is either adored or reviled, and that depends on your opinions of such late 1990s/early 2000s bands like Limp Bizkit and Kid Rock, whose “nu-metal” sound is, unfortunately (and incorrectly), equated with a rock-rap crossover by music critics who don’t know better.

Enter, then, $uicideboy$ and Travis Barker, whose recent six-track EP Live Fast Die Whenever is being touted as a “rock-rap crossover” album. And while this is a correct classification, it still doesn’t do any favors to either party or the respective genres for which they’re better known.

This is not to say that Live Fast Die Whenever is a bad album. To the contrary: in terms of rock-rap crossovers, this collaboration between the Louisiana rap duo and the blink-182 drummer is a respectable one. It’s just unquestionably more of a rock album than a rock-rap album.

Half of the songs on this six-track EP feature guitarist Munky from the band Korn, a band whose “rock” credentials are often questioned by those familiar with the genre (and rightly so, because frankly, they suck) but which further gives the EP a distinct rock feel and flavor.

And that includes the EP’s opening song, “Killing 2 Birds With 22 Stones,” which features whooping and hollering lyrics like “Leave me be or just please leave me deceased/Screaming, “I want to be free and released!”/Screaming, “I want to be free of defeat!”/Lace up my cleats and I fucking retreat.” Suicide, death, and dying are all themes that are extensively explored in this EP, and it’s unclear whether it’s celebrated (“Slickity Sloth that butterfly turning back to a moth/Woah now/Stay depressed, suicidal/Homicidal and such/So fuck off and don’t ask me about no fucking drugs” from “Sour Grapes”) or serving as a cautionary tale (“War, power, sickness, death/Famine, terror, toxic sex/Hate, fear, greed, stress/Fire, ashes, nothing left” from “nothingleftnothingleft”).

Either way, it’s a bit distressing, especially in these times.

The biggest disappointment about this EP is that it falls so short of being a true rock-rap crossover, and that failure rests on the shoulders of Travis Barker. Barker, for those who are unaware, is someone who really does know his shit when it comes to Hip Hop. Back in 2011, he flexed his considerable muscle on his mixtape, Let The Drummer Get Wicked, that featured an all-star lineup of such rap superstars like Lil Wayne, Rick Ross, Game, Lupe Fiasco, Wiz Khalifa, Royce Da 5’9″, Waka Flocka Flame, Lloyd Banks, J. Cole, Clipse, and Tech N9ne. Barker is a literal beast — he’s also the strongest musician in his neo-punk trio — and it’s a shame that Live Fast Die Whenever is light years away from Barker’s true greatness.

The $uicideboy$ are great. Travis Barker is great. Together, they could have been great. But this collaboration is just okay. And unfortunately, that’s just not good enough.