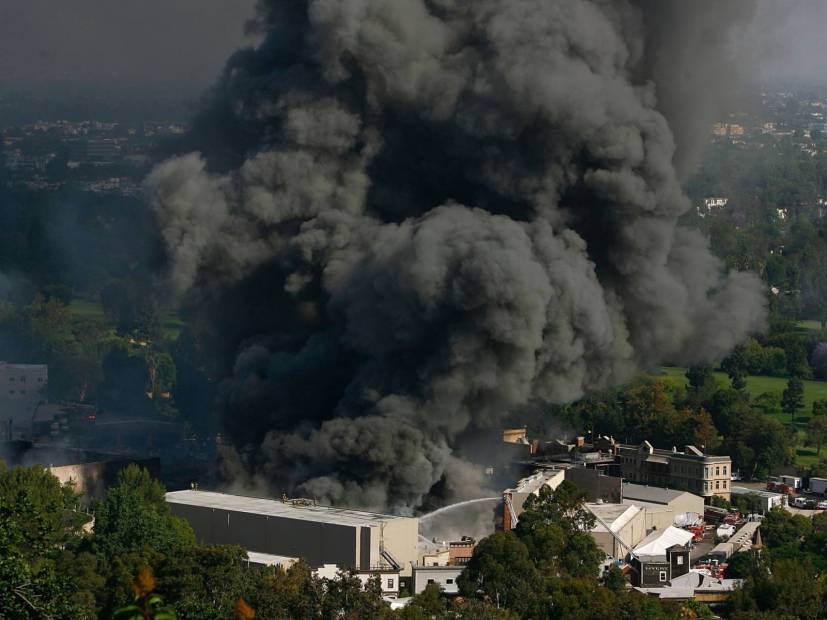 Hollywood, CA – Universal is calling foul on the recent New York Times Magazine article that detailed the devastating 2008 fire at Universal Studios Hollywood. The article stated a treasure trove of master recordings from multiple music legends were destroyed, something the company initially didn’t disclose at the time.

On Wednesday (June 12), Universal issued a statement disputing the claims made in the article.

“While there are constraints preventing us from publicly addressing some of the details, the incident never affected the availability of the commercially released music nor impacted artists’ compensation,” the statement read.

The company added The Times’ story “contains numerous inaccuracies, misleading statements, contradictions and fundamental misunderstandings of the scope of the incident and affected assets.” However, UMG didn’t cite any specifics.

The statement goes on to say the NYT article “conveniently ignores the tens of thousands of back catalog recordings that we have already issued in recent years — including master-quality, high-resolution, audiophile versions of many recordings that the story claims were ‘destroyed.’”

Over 500,000 song titles reportedly perished in the massive fire and included music from several Hip Hop and R&B artists such as Mary J. Blige, Snoop Dogg, Tupac Shakur, Eminem, 50 Cent and The Roots.

In an exclusive statement to HipHopDX, Black Thought confirmed master recordings of two classic Roots albums — Do You Want More?!!!??! and Illadelph Halflife — were lost in the fire. Questlove echoed those same sentiments on Twitter.

For everyone asking why Do You Want More & Illdelph Halflife wont get reissue treatment https://t.co/Vs0ykRcyAK

[This article has been updated. The original version was published on June 11, 2019 and can be found below.]

In the early morning hours of June 1, 2008, a fire erupted at Universal Studios Hollywood. The flames reached Building 6197 — also known as the video vault — which was home to videotapes, film reels and a library of master sound recordings owned by Universal Music Group.

According to an article published by The New York Times Magazine, hundreds of thousands of master recordings perished in the fire, information that wasn’t originally disclosed.

At the time, Universal Studio said the theme park’s “King Kong” attraction and a video vault that contained copies of old works were the only things to succumb to the blaze. But in a confidential report from Universal Music Group written in 2009, they admit roughly 500,000 song titles were destroyed.

In an internal assessment from that same year, they also said, “Lost in the fire was, undoubtedly, a huge musical heritage.”

Several masters in the Decca Records collection were likely lost, including works from Billie Holiday, Louis Armstrong, Duke Ellington, Al Jolson, Bing Crosby, Ella Fitzgerald and Judy Garland. Chuck Berry’s greatest recordings and the masters of some of Aretha Franklin’s first appearances on record are also on the list.

Nearly all of Buddy Holly’s masters and John Coltrane’s masters in the Impulse Records collection were also ruined. The blaze also destroyed numerous hit singles, likely including Bill Haley and His Comets’ “Rock Around the Clock,” Etta James’s “At Last” and the Kingsmen’s “Louie Louie.”

But that’s only the beginning.

Initially, Universal wanted to keep the full extent of the damage away from the spotlight to minimize “public embarrassment,” but some believe the company was also concerned about backlash from artists and artist estates whose master recordings had been burnt up.

Meanwhile, the article concludes the fire was “the biggest disaster in the history of the music business.”