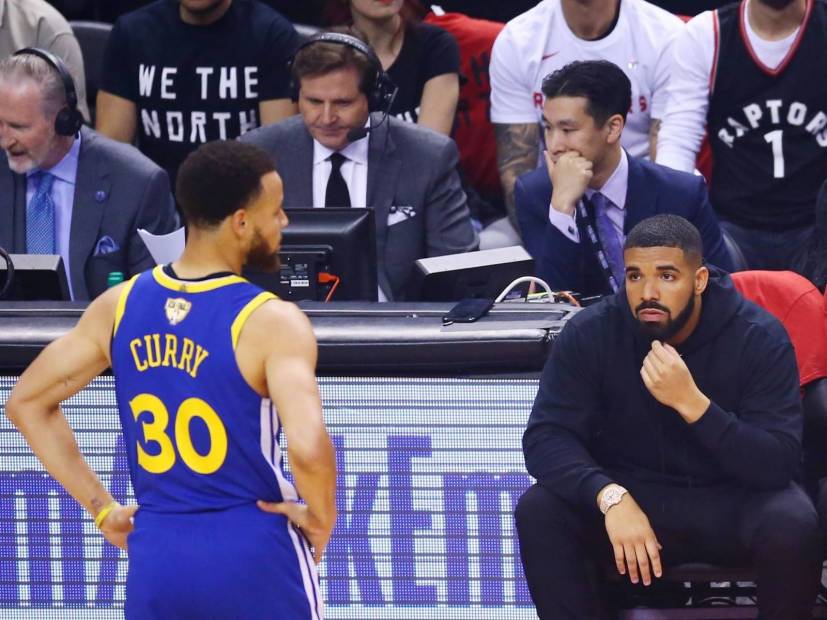 After the Toronto Raptors beat the Golden State Warriors on Thursday night (June 13) to win the NBA title, Twitter erupted with reactions.

But many basketball fans were curious about Drake’s reaction. Throughout the 2019 NBA Finals, the 6 God was easily the most vocal and high profile fan out there.

According to video obtained by Sports Center, Stephen Curry FaceTimed with Drake as the six-time NBA All-Star was leaving Oakland’s Oracle Arena, and they were nothing but congenial toward each other.

He told Drake, “Y’all deserved it man. Congrats” to which he replied, “It’s love.”

"Y'all deserve it man. Congrats."

Steph talked to Drake on the phone before leaving the arena. (via @CloseUp360) pic.twitter.com/txSCVMoeGI

Drake also told Curry to send his love to Kevin Durant and Klay Thompson, who tore his ACL in Game 6.

The Warriors, who took home the title last year, lost to the Raptors with a final score of 114-110. Drake, of course, wasn’t complaining. He was captured on video jumping up and down as he celebrated the Raptors’ victory.