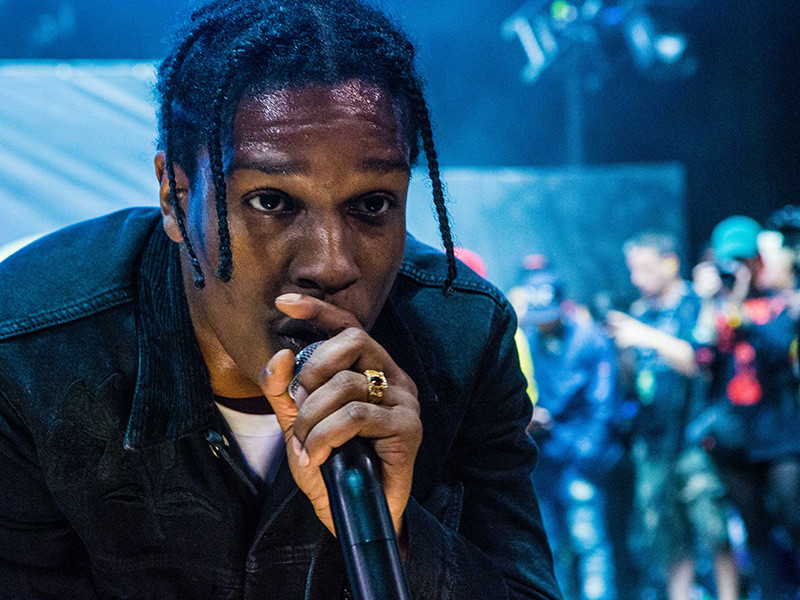 Halloween candy and a plethora of elaborate costume posts on social media weren’t the only treats we got this past weekend. We also got the first full-length A$AP Mob release since the untimely death of A$AP Yams nearly two years ago, and The Cozy Tapes: Vol.1 couldn’t have come at a better time for the Harlem crew made up of A$AP Rocky, A$AP Ferg, A$AP Nast, A$AP Ant and A$AP Twelvyy.

“This is his album,” explained A$AP Rocky to HipHopDX at a private listening session inside famed Los Angeles recording studio Record Plant just days before dropping the follow-up to 2012’s Lords Never Worry. “I wanted to show Yams in his purest form. When you see Yams and think about him, you think the tattoos, braids and stuff. Right here is his purest form. This is his happiest thoughts.”

An ambitious project, The Cozy Tapes: Vol.1 features guest appearances that stretch across different realms of Hip Hop from Wiz Khalifa, Key! Lil Yachty, Skepta, Onyx to even Tyler, The Creator, who Rocky developed a close friendship with following years of rumored “beef.”

“That’s my brother, bro,” said Rocky, who mentioned being hurt by the feud as a self-proclaimed superfan of Odd Future. “I can’t believe we ever had beef. It’s crazy. It was our crews and that was six years ago. Niggas matured and we are grown now. That nigga inspires me and I inspire him.”

According to Rocky, the root of the cold war stemmed from their crews’ similarities despite many rap fans viewing them as complete opposites.

“What fucks it up a lot too is when you’re a genius, a lot of things you manifest is already going to be done and something where you’re not allowed to bite from someone from my era,” he said. “A lot of the times, it would be too many similarities. That’s what niggas was hatin’ on. They would do a video that we would do something similar like days after. For example, if Tyler and I weren’t friends, I wouldn’t have been able to put Lil Wayne and Kanye on my album. You know why? His Cherry Bomb album came out a month before mine and I had Wayne and Kanye on my album. If we were still beefing, that would have looked like I was biting. It would have looked egotistical, but since we were friends, we put that past us.”

Simply put, Rocky’s a “master’s renaissance man” more inspired by the past than anything contemporary. Hence, an artist clearly must be special to inspire him.

“I want niggas like you and niggas like me to be able to say what I do was inspirational,” he explained. “I want Vince Staples to call me and tell me I inspire him. When he put out his Prima Donna video, that inspired me.”

Somewhere in the conversation, while cuts from The Cozy Tapes: Vol.1 play in the studio, Rocky reveals what exactly pushes him.

“Niggas want to do it for the kicks or fruits of the labor as opposed — and maybe it is narcissistic for me, but I do it for people to congratulate me if I do a good job,” he said.

Between the music and fashion world (including his new role as the face of Dior Homme), Rocky has made the right moves in Hollywood. This includes his breakout role in last year’s contemporary cult classic Dope. Rocky says he took the role after finding out director Rick Famuyiwa’s debut was The Wood while helping his ex Chanel Iman with her lines for the film.

Finding out the role for his character Dom was vacant, he auditioned three times. “I asked and they made me audition like three times because I didn’t want nothing handed to me bro,” he said. “I hate when niggas use their celebrity to get roles or get things. Man, fuck that. Everything I had to earn.”

Mentioning a current regimen of shooting during the day and recording new material at night, Rocky wouldn’t exactly talk about his next film. But reports have him playing an undisclosed role in Nas and John Legend‘s executive produced film Monster. Doesn’t hurt that he’s also the new creative director for MTV Labs as well.

“I wanted people to see me in a different suit,” he explains on getting to this point. “I think people don’t pace themselves. Like, you can’t do everything at once. Everybody makes it look easy once it’s done. I had to sacrifice like 18 months of my life to mastering my crafts.”

While many artists struggle juggling their various artistic endeavors, Rocky has no trouble becoming a master of all.

From the chopped cheese sandwich smelling bodegas of Harlem, fashion runways of Paris, studio sets of Hollywood and random appearances at Los Angeles underground party destination Ham On Everything to getting serious credibility within Hip Hop, Flacko has molded himself into something for everyone.