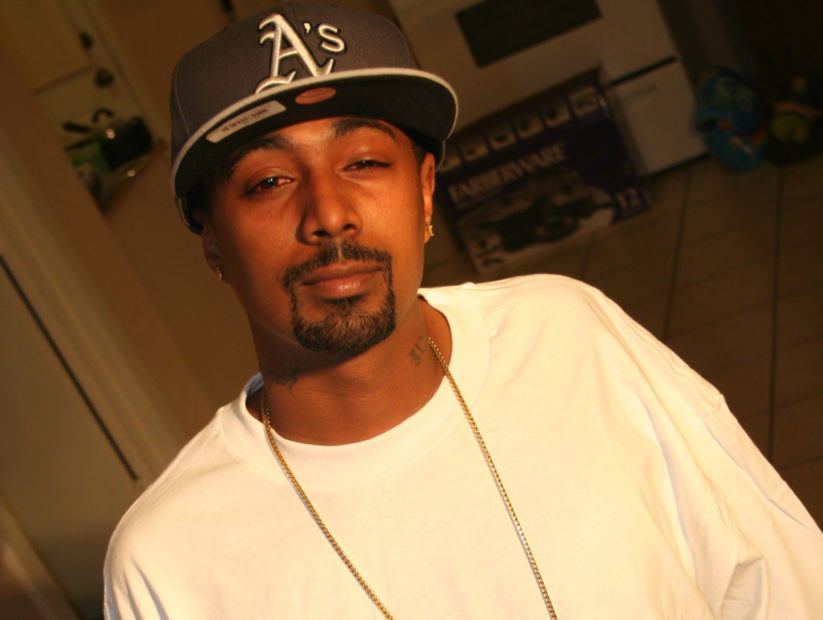 There are nearly 6,000 miles that separate Oakland from London, but on his latest album, Joe Blow is looking to shrink that distance.

On Bridge the Gap, the Bay Area rapper recruits a lengthy list of UK artists to contribute, dipping into the sounds from across the pond to give them a platform in the States and expand his own palette as well.

Working with artists from the UK is nothing new for Joe Blow, who’s been steadily traveling back and forth since 2013. Back then, he heard an artist from the area rapping over one of his beats, and made the trip over in order to link up and tap in with the scene. While also pointing to the diversity of styles in their music, he mentioned how their genuine appreciation for American culture struck a chord with him, and kept him going back for more.

“They show a lot of love out there, they love our culture in general,” he tells HipHopDX over the phone. “Not just the music but everything about it; from the weed we smoke, to how we dress, everything. They support it a lot and they follow, so it’s nothing but love everytime I go.”

In the past, many of Joe’s albums have featured a handful of such artists, but on Bridge the Gap he made a conscious effort to fill the album with as many UK rappers as possible. Getting together with everyone required some extra patience, although the passion he saw from the other artists motivated him and made the creation process worth it.

“It’s artists all over this world that are dope, talented, and they’re out here working,” he said. “We’re all on the same hype, pushing toward the same thing, so it’s all relevant with each other. It’s talent around the world; the tape came out a little better than I actually thought it would.”

Serving as the executive producer of the project, Joe worked to put everyone in their best light on Bridge the Gap. Opportunities for collaboration were endless while they were all holed up in the studio, but he tried to be selective about who would go where based on what each individual brought to the table.

“I don’t just put anyone on a song because they’re in the studio with me,” he said. “I have an ear for it since I’m fans of the people I work with it, so I try to get them on a beat that sounds like them. Or it might not necessarily be their sound, but that their flow will fit on.”

Look at Joe’s relentless release schedule and you’d never know there was a time that he struggled to keep the passion for music. Just last year he released five albums, three of which arrived in three consecutive weeks between April and May. A few years prior, however, the death of good friend and fellow Bay Area rapper The Jacka made it difficult for him to continue creating. Joe mentioned how his comrade had originally been an instrumental part in helping him realize he wanted to rap, so instrumental that he eventually realized he had to get back to recording to keep his memory alive.

“I had a passion for music in the beginning, but when The Jack passed, I lost a lot of that passion,” he said.

“Eventually I got it back knowing that I had to keep it lit, keep doing what he was doing. He had a lot of faith in me in the beginning, I didn’t want to be a rapper but he helped me find out that it was a passion of mine. The more he wasn’t around, I just felt like I needed to do it, it wasn’t even a matter of if I wanted to.”

There’s no denying he’s now back in full swing, getting started early in 2019 with more on the way. He says he’s already working on the next album, but depending on how this project goes, there’s a good chance he’ll be back to the UK again before long.

“Depending on how this album goes, I’m ready to go back to the UK and maybe work on part two,” he said. “I just want to get back out there and see more things, figure it out.”

Stream Joe Blow’s Bridge the Gap up above and follow him on Instagram @joeblow for whenever he decides to update.