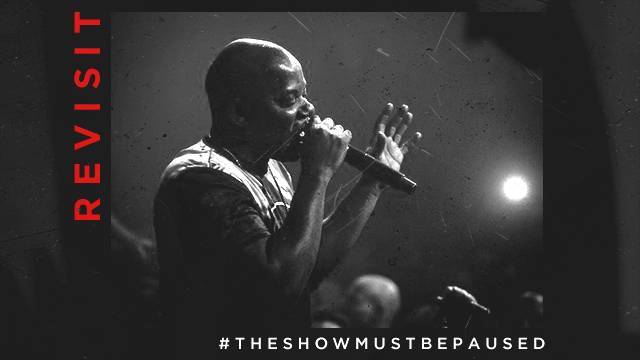 Long before E-40’s emergence in 1988, Todd Shaw was the original Bay Area ambassador as a teenage South Central Los Angeles transplant to Oakland who began his catalog with his debut track “Don’t Stop Rappin’” on the 75 Girls imprint in 1983. Along with Ice-T’s “The Coldest Rap” released that same year, $hort’s initial release channeled the promiscuity of the 1960s Hippie movement centralized in the Haight-Ashbury section of San Francisco, and Oakland pimp culture — the location of the original Player’s Ball gala in the 1970s.

Being the progeny of accountants, Too $hort applied his business acumen in a made-to-order modus operandi to customize explicit “special request” rap songs released under his independent label Dangerous Records, founded in 1985. His initial rap partner and Dangerous Records co-founder Freddy B, whose Bay Area early 1980s classic “Trues and Vogues” is also credited for the thematic structure of West Coast G-funk songwriting, was a dedication to the street hustlers, pimps, and ghetto denizens that spoke their slanguage. $hort Dog’s recurring motifs musing about the “bitches and hoes” that he told so well in his 1987 eight-minute opus “Freaky Tales” was a lesson for future artists including 2 Live Crew, Snoop Dogg, AMG, and Ludacris out of the litany of MCs with similar song content. Also, $hort’s stylized moniker was the first in rap history that we’ve seen since in rappers names like Ma$e, Ty Dolla $ign, A$AP Mob, and Joey Bada$$ to name a few.

$hort always had a side to him that reflected the political consciousness rooted in the Black Panther movement, which their national headquarters was based in Oakland during their heyday. Two of his biggest singles were 1990’s “The Ghetto” and “Gettin’ It,” the title track from his platinum-selling 1996 album Gettin’ It: Album Number 10 (rappers’ “retirement” threats as promotional tactics began with the marketing plan of that album to boot).

Too $hort, now 50, spoke with HipHopDX about his days coming up in the rap game with Freddy B, and his influence on the cultural impact of rap superstar Lil B. Beyond the music, he touched on the Raiders leaving Oakland for Las Vegas, and why he understands San Francisco 49ers quarterback Colin Kaepernick’s political sentiment to not stand in honor of the “Star Spangled Banner.”

DX: In one of your songs you mention the phrase “Trues and Vogues,” which sounds like an homage to your first rap partner in Oakland rap legend Freddy B.

Too $hort: Youngin, you don’t know nothin’ ‘bout that! (Laughs)

DX: Well, I actually do know that Freddy B. is an unsung hero in West Coast rap history. How integral was Freddy B. to your career?

Too $hort: Freddy B.’s part was he was rapping. He was born and raised in Oakland. [He] lived on the West Side and I lived on the East Side. That’s kind of rare in Oakland. And he was a juvenile delinquent, which means that he did some time as a kid in a couple of camps. When you do that, you kind of get that bad guy camaraderie going on with people that aren’t from your neighborhood. So when I met Freddy B., I had been living in Oakland for only like a year and a half, two years. I rapped and he rapped. They tried to put us against each other, but there wasn’t really a lot of rappers out so we ended up becoming friends instead of trying to battle with each other. And we ended making songs together. And it was Freddy B. who said, “Let’s go sell these tapes.” He knew everybody already to be selling [the tapes] to. It was Freddy B. who gave us the pass to walk up to the street cats and they’d be like who is you?

He’s a deacon or almost a preacher out in Sacramento. But he’s still the same Tony “Freddy B” Adams, and he put me in the mix of Oakland and taking it to the people. He started it.

DX: You were integral to The Pack’s career when they emerged in the 2000s. Was their former member Lil B marketing himself independently in the Internet Age similar to your formula of selling tapes independently and marketing yourself during the Golden Era of Hip Hop?

Too $hort: I’d have to say that’s a very true statement. I don’t know if I was his main inspiration, but personally hanging around me at a young age had to inspire him to have things and do things. But I do remember when he was 15 or 16, he wanted to be in the studio a lot. He made songs really fast, and he wanted to do things like make a whole album in one day. Nobody does that, but he wanted to do stuff like that when he was in the 11th grade. And he did have a little more drive than the rest of them. He was the creative force behind a lot of their hooks. Like when Young L was making the beats [he’d] come in and do the hook and then the rest of them would drop verses.

“I’m Gay”: Click here to see the photo Short Dog is refering to. If you want.

When I found out B was doing what he was doing, it came as no surprise to me. They said, “You know B makes a video every day right?” I’m like, “What does that mean?” They said he drops videos every day, he’s got hundreds of ‘em.” I’m like “What?” ‘He’s called the Based God.” And I went to go investigate, right?. When I tapped in, the Based God already had hundreds of videos, and it was that whole “Fuck my girl, Based God. Take my woman” and shit. So I’m like he’s definitely a Too $hort spin-off, but then he took it and put the new age era on it and had the whole “open free sexuality” type shit. In my area, you can’t put out no shit like that. I looked on his album cover in his little tighty-whiteys and I’m like, “My little homie’s going off the deep end.” But then a year later, I hear Lil B is getting 30 racks a show. So I’m like “The nigga put on tighty-whiteys and gets 30 racks a show?” So it’s a give or take man, whatever. Niggas be like “fuck that shit, fuck that shit?” But the nigga puts [on] tighty-whiteys, took a picture and gets 30 racks a show. My little homie’s a hustler.

DX: And similar to your signature word, he calls his fans “bitches.”

Too $hort: He calls me “Pop.” He calls me his fuckin’ daddy! But at the same time, I couldn’t be as creative and do what he did. But I commend him for being that brave. The man is not a homosexual and he’s serious going on the edge of sexuality. So he was like “Fuck it, man.” But 30 racks a show? Get your money, man!

DX: What’s your take on the Raiders leaving Oakland for Las Vegas?

DX: Across the Bay Area from Oakland in San Francisco, there’s the Colin Kaepernick not standing for the National Anthem at the 49ers games. Do you have an opinion to add to that debate?

Too $hort: I think that’s about some real shit to me. Everybody jumped the gun and said [he’s] tripping but wasn’t really looking at history. They weren’t really being realistic; wasn’t really checking his personal history and what he’s been representing. And I feel like if that’s how you feel, that’s the same way I feel. I feel like that! At a game somewhere I might stand for the National Anthem but in my heart, I might be like, “Man, this is some bullshit out here.” They done locked all my homies up for nothing, they shooting niggas down, and put us in these conditions. They be like, “But you guys shoot each other.” No, we were given these conditions a long time ago and some “think-tank” sat down somewhere and put [us] in some place called “the projects.”

Why do you call it the projects? Was it a fuckin’ experiment — a project? Why can’t it be just a place to live? It’s gotta be a project? Like, “Yeah, we gonna put all these niggas in a one-block radius, stack ‘em up, how they gonna act? And give them nothing.”

Not Just The Bay: Several rap stars have all stood (or sat) in solidarity with Kaepernick.

So it’s like, you know, the War on Drugs to the war on crime, to what came from slavery, Jim Crow, and civil rights? It’s the same thing, man. So when a brother step up and says, “I’m doing something because I feel like the conditions out here are unjust,” he’s not saying nothing different than one of our forefathers who just looked across the street at an attractive white woman and died that day.

DX: And you made that record “The Ghetto” back in 1990 repeating the same political sentiment.

Too $hort: I’m sayin’, though, bruh: the people that jumped the gun, the reason why you’re jumping the gun is because now you see how we feel. It’s not just Colin Kaepernick bashing because there are so many other people stepping up. I’ma take one knee, two knees, I’m not even gon’ get off the bench, just to support him to make the right statement. So he had a Muhammad Ali moment.

DX: You had other politically conscious records that your former label Jive Records didn’t want to release, correct?

Too $hort: It’s the same thing. We’re all mourning from the loss of these recent police killings and the recent gang-on-gang violence-like Chicago type of stuff. We’ve been mourning for a long time, bruh. There’s been a lot of families types of stories when we wasn’t in the media. So now that’s on the agenda, let’s see what happens in January when there’s no more election. Is it still gonna be on the agenda?

Subscribe to Too $hort’s new podcast ‘Too $hort’s Boombox’ on PodcastOne. The weekly podcast features exclusive music and conversations with guests such as Ice Cube, Snoop Dogg, Drumma Boy Fresh, G-Eazy and many more!