Review: #MUSTBENICE For Juicy J To Release Something So By-The-Numbers 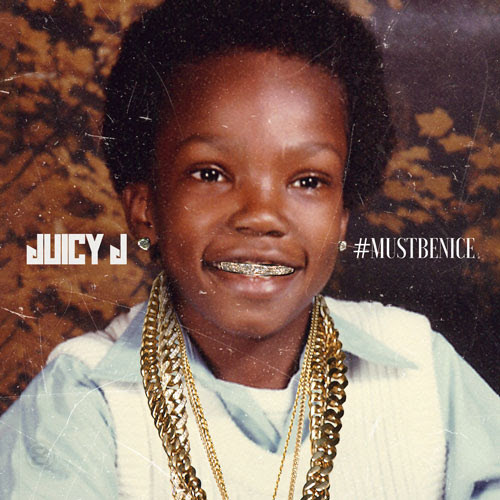 Juicy J doesn’t get as much respect as he deserves within Hip Hop’s hierarchy despite providing one of this decade’s best career revamp narratives. From Oscar wins to making diamond-certified hit records with Katy Perry, the Memphis legend has mastered walking the line between mainstream pop culture and his storied Southern rap roots. Earlier this year, The Juice Man proved just that by releasing a slew of music in preparation for his upcoming Rubba Band Business: The Album. While the project has already spawned A-list heavy singles through the Kanye West-assisted “Ballin” and “No English,” featuring Travi$ Scott, the official release date for that album isn’t until winter. In the meantime, Three 6 Mafia’s most commercially successful member recently dropped Rude Awakening mixtape alongside Wiz Khalifa and TM88 and boosted Taylor Gang’s label coming-out-party, TGOD Vol.1. Now the 17-track solo endeavor, #MUSTBENICE hopes to grow more anticipation the best way he knows how.

Similar to the mixtape cover art that Photoshops iced-out chains, studs and grill on a young Jordan Houston, the project is a reflection of his current status. Juicy is the old southern uncle who manages to still keep up with his younger peers in spite of never evolving his artistic direction. Thankfully, he finds interesting ways to reach back those more legendary moments in clever ways on #MUSTBENICE. Connecting with Southside for “Choppa,” The Juice Man offers interesting story telling moments over production in vein of “Ridin Spinners.” As the verse ends, there’s a tragic reminder of consequences through subtle depth in bars: “Living so fast, don’t get in his way/He ain’t even 18, got 2 babies on the way/They say lil homie got the juice, that’s the word around town/Caught him coming out the barbershop/The plug hunt him down.” There are times that idea doesn’t work well including the semi-screwed up “Talk That Talk.” The lazy sample use of Lord Infamous’ “187 Invitation” and numerous “yeah hoe” chants doesn’t help uninspired verses from all, save for Project Pat.

Although Juicy goes overboard promoting his newest strain of marijuana, Green Suicide, “Super Fire” could be in the running for this year’s best drug inspired track hook-wise. It’s too bad the TM88 production — that features shout outs to Lord Infamous and Koopsta — is one of two instrumentals that hold a candle to anything on Rude Awakening. “Outro” features the mixtape’s best rhymes through “Did a song with Katy Perry/Bank account looking very, very, very, bitch scary /To these other rappers,don’t compare me/To these other rappers I’m ‘the blueprint’/ Like Jay Z, or 9/11.” In something that’s become a staple for Hypnotized Minds releases, the track also concludes with a shameless plug of his manager’s booking information.

Speaking of TM88, the versatile beat maestro surprisingly clicks on the auto-pilot button for much of the project. There isn’t a better example than “Panties,” featuring Hip Hop’s new favorite R&B go-to hookmaker in Jeremih, which sounds like a warmed-over creep life melody from a Tim Burton/Danny Elfman flick. Trimming half of the mailed-in TM88 tracks would have gone a long way in preventing the mixtape from losing steam and sounding so inconsistent regardless of the jewels in place (the opening track “Trap” with Gucci Mane and Peewee Longway leaves a good impression).

#MUSTBENICE’s position amongst Juicy’s vast mixtape catalog probably won’t be high. It never reaches the heights of anything from his more revered Blue Dream & Lean or Rubba Band Business series and likely won’t be promoted extensively. If he hoped for #MUSTBENICE to build real anticipation for Rubba Band Business: The Album, he might just wanna focus harder on the retail release.