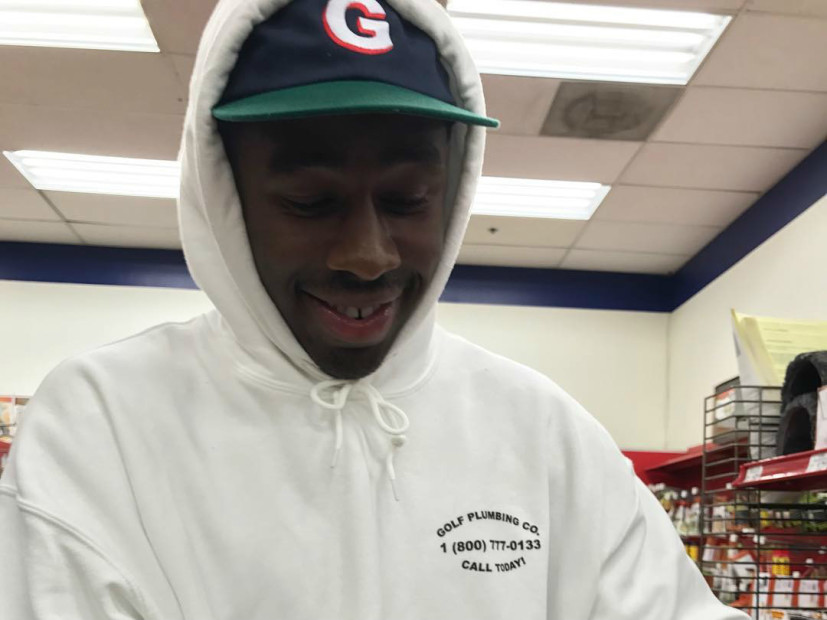 Tyler, The Creator admits that Frank Ocean’s new album Blonde made him a huge “fanboy” of the R&B crooner.

During a recent interview with GQ, Tyler revealed that the LP is his favorite project from Ocean.

“I liked it a lot,” Tyler says. “Like, it’s my favorite thing from him. It’s weird because I’m friends with him and this album made me so, so, so much of a fanboy. It’s crazy because I was with him when it came out, like that week or whatever, and I kept complimenting him on certain songs, certain little things that I liked in different songs. And I low-key think he started getting annoyed cause I just kept badgering him about how much I liked the album. But I really, really fucking like it. And I’m really hyped for him and he’s hyped and shit’s great.

Blonde debuted at #1 on Billboard’s Top 200 albums chart. As an independent release, it reportedly made Tyler’s fellow Odd Future affiliate a millionaire.

“That’s the big homie,” Tyler continued. “That’s the real big homie and shit. Like, any help I need with anything, he always looks out for me. Even before when we grew up, he always had my back. That’s a real friend.”

Despite his other endeavors, which include his fashion interests, Tyler insists that music remains his top priority.

“I was in the studio for three hours trying to fucking figure out these chords to a song,” he says. “It was so hard but I finally got it, but ended up not using them and making something totally different or whatever. But you know, I make music all the time, I listen to it 24/7. Music is number one always.”