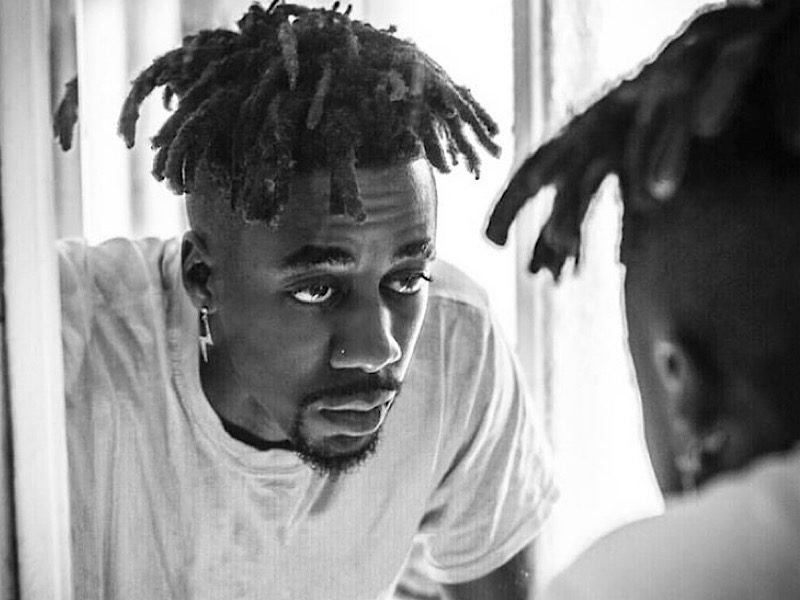 People often equate going viral with having a career when (in most cases) virality is simply a warp zone — a semi-calculated marketing cheat code to the top. However, that can often leave an artist scrambling to rinse and repeat the success. There are those chosen few however who pop for the right reasons and manage to quickly achieve immense notoriety and build a brand around it. Enter Burbank, California, rapper DAX.

A former division one athlete, who went from cleaning toilets a little over two years ago to amassing well over a million subscribers on YouTube alone, DAX is currently enjoying a calm before an inevitable storm.

After spurts of buzz, he had himself a fruitful 2018, culminating in his single “She Cheated Again,” the precursor to his upcoming album, which he hopes will take the wildly successful brand he’s managed to build up this far (independently) to the next level.

“[“She Cheated Again”] started off this little fire that I’ve been dealing with lately,” he tells HipHopDX. With over seven million plays and residual plays on his catalog of past content, he’s been capitalizing on the mounting influence and prepping to drop what will be his true mainstream breakout, Fuck Love.

“Basically the project is a step by step story of a relationship’s destruction,” he explains, noting titles like “You Don’t Really Want Me” and “I Can’t Trust You — spiraling into songs like “She Cheated.” He notes the project came together organically, being recorded at different points over the last year with no cohesive project in mind until now.

“I think by the time that Fuck Love drops, I’ll be signed to a major label on my terms,” he adds, hinting that conversations have been taking place.

A looming project drop and new deal doesn’t mean that he’s holding back any content from fans to keep the suspense, though. In fact, over the past few weeks alone he’s appeared on No Jumper, had a “Before They Were Famous” made about him, and executed a rolled out for a new video/song called “No Government.”

On January 28, he gave his fans something he’d been promising for a little while, his second feature with Hopsin, “You Should Have Known.” He anticipates it will surpass 6 million in its first week. It’s not the first time he’s seen success with a feature; his debut EP It’s Different Now features Futuristic and OT Genasis. But with his newfound reach, he stresses that collaborations need to be able to hold as much weight as his him.

“I don’t necessarily want to do features unless like it’s a huge artist,” he says. “because not a lot of acts can bring the traction that I bring. It’s almost like a waste of time.”

“I think I could benefit a mainstream artist … the data is clear, I’m going to be one of the biggest hip hop artists eventually,” he adds. “To collaborate with me is like not a step-down.

Endearingly he does recount recently giving a verse to an up and coming artist for free. “I gave a kid a verse … I don’t think it’s a big deal. If I see talent as a growing artist, if I see a kid is coming up, I’m going to definitely be the one to support this kid.” he says.

It’s a humble position to take, especially with tours, millions and millions of plays, and more YouTube subscribers than some of the game’s most hyped new acts. He’s beaming with the glow of artist who is on the verge — like a So Far Gone era Drake. This willingness to allow a random kid to catch some of that buzz is an illustration of the special sauce of his entire brand: his connection with his family.

I HIT 1 MILLION SUBSCRIBERS! This is just the beginning. I’m building something that’s going to be able to change the world. Brick by brick. Person by person. I’m going to do it the right way. I don’t care how long it will take. I’m just getting warmed up. I will quadruple this within the next 2 years. I love you guys and promise to never compromise myself for anything. Thankyou. Shout out to @swift_productions_ for filming all these damn videos hahaha #legendary #1millionsubscribers

“I don’t like people who follow me, to call themselves fans because I never call myself a fan of anybody,” he explains. “I treat them like family. I treat them like they’re someone. If they messaged me, I do my best to apply.”

His aim is never to induce jealousy, but rather motivation. “I want them to say ‘we can do what he’s done … he’s worked hard.’ I don’t want to be looked at like someone that is out of this world, that can’t be reached.”

With all this priceless groundwork under his belt, the question becomes why would he sign that over to a major label. After a conversation with DAX, the answer becomes clear — he needs the biggest platform possible.

“I want to be signed. I want to be a major label artist. I want to be at the met gala and fucking Grammys. I don’t want to chill in mediocrity,” he states, noting that most of the biggest legends in the game were signed. “I’m going to get money regardless, but I need my impact on the world to be as big as it can.”

WHERE SHOULD I PERFORM?!? I’m Coming to a CITY AND COUNTRY NEAR YOU in 2019! Goal is 50 live performances in at least 5 diff countries! #legendary #tour #shows

Dear Universe… here are some of my 2019 Goals. These are what I’m throwing at you. I am giving you NO choice but to make a way. I will do my part and work tirelessly. I’m exicted to write you again on Jan. 1 2020 and thank you. I hope you received the “Thank You” letter for 2018. I appreciate you removing me from the janitor job as asked and helping with everything else on that list. Oh and before I forget please remind everyone else reading this long ass fucking caption to write down their goals as well so we can all dominate 2019 and have a clear view of where the fuck we’re headed. Talk to you soon. Yours truly, Dax. #legendary #2019 #goals