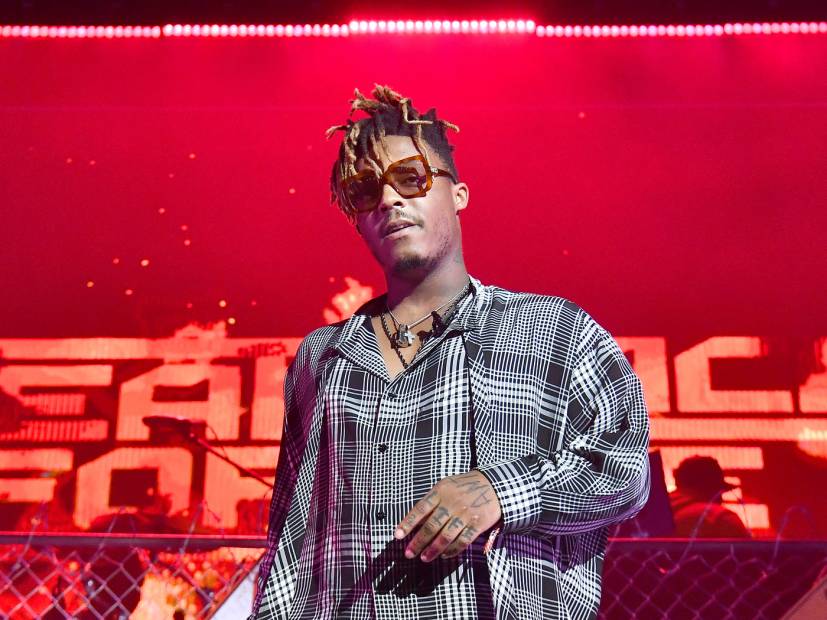 This week in Hip Hop, Juice Wrld passed away at the age of 21. Also, the longstanding feud between Nick Cannon and Eminem heated up again with diss tracks and social media barbs. Lastly, Tekashi 6ix9ine penned a letter asking for a judge’s mercy before he’s sentenced in his racketeering case.

The Hip Hop community was shaken when Juice Wrld shockingly died on December 8. The 21-year-old artist suffered a seizure at Chicago Midway International Airport and was later pronounced dead at a local hospital.

In the aftermath of Juice’s death, details have emerged about the late rapper being on the feds’ radar since November. FBI and FAA agents were reportedly on the scene to search for drugs on his flight, and the Interscope Records signee allegedly swallowed multiple Percocet pills in an effort to conceal them.

Juice was laid to rest at a private funeral on Friday (December 13). His passing was mourned by the Hip Hop community but also sparked some reflection on drug use in the industry. Artists such as Joyner Lucas and Trippie Redd were among those speaking on the issue.

Nick Cannon didn’t take Eminem’s “Lord Above” verse lightly. After Slim Shady threw more shots at the veteran entertainer and Mariah Carey on a Fat Joe song, Cannon responded with two diss tracks: “The Invitation” and “Pray For Him.”

Although Eminem hasn’t fired back with a diss of his own, he did respond to Cannon’s lyrics accusing Em of having gay sex.

“U mad bro?” he wrote on Twitter. “Stop lying on my dick. I never even had a chauffeur, you bougie f*ck.”

With Cannon getting support from some battle rappers, MCs such as 50 Cent and Joyner Lucas have spoken out to back Slim Shady. Em’s old Shady Records artist Obie Trice even dropped a diss track, proving his allegiance to his old boss.

Fans will have to wait and see if anything more comes of this feud, but Cannon has already declared himself the victor.

Check out more about Nick Cannon vs. Eminem here.

Tekashi 6ix9ine Pleads For Leniency Ahead Of Sentencing

Tekashi 6ix9ine is scheduled to be sentenced in the Nine Trey Gangsta Bloods racketeering case on December 18. Ahead of sentencing, the controversial rapper tried to endear himself to the judge by writing a letter asking for mercy.

“I’m sorry to the victims who were affected by my actions, to my fans who look up to me and were misled, to my family who depends on me and to this courtroom for this mess I contributed to,” he wrote. “I’m truly sorry for the harm that I’ve caused. If given a second chance, I will not let this Court down and I will dedicate a portion of my life to helping others not make the same mistakes that I’ve made.”

Despite 6ix9ine’s claims to do better, Sara Molina — the mother of his child — reacted by claming he won’t change.

Yelawolf stopped by the HipHopDX office in Hollywood and spoke on a wide variety of topics in a video interview. During the conversation, the former Shady Records artist recalled the first Eminem song he ever heard.

“The first time I heard Marshall was on a Rawkus mixtape,” he said. “This is back when 411 [Video Magazine] skate videos was where I was getting a lot of underground Hip Hop … Somewhere through there, I heard Marshall. I was like, ‘Is that a white boy? That sounds like a white boy. It wasn’t just the accent and the style, it was the content… I just started digging through to try and find more.”

The AARP and Hip Hop may appear to be unlikely bedfellows, but Yo-Yo got involved with the organization for a new campaign. Despite not even being in her 50s yet, the veteran MC talked to DX about why she took the offer.

“Hip Hop has grown so much and Hip Hop is AARP,” she noted. “My generation of Hip Hop is older and AARP cares about people. I don’t feel like enough people care about Hip Hop yet. They have found a way to use Hip Hop for every avenue of their business.”

Slug Describes How A Proposed Soundtrack Became His Own Movie

Atmosphere recently surprised fans with a new album titled Whenever. While speaking to DX, Slug revealed the duo’s latest LP was originally meant to be a soundtrack for a television series.

“We initially set out to make a soundtrack for a television show,” he explained. “We were approached by a writer, who’s kind of known, who was making a show with a well-known producer. The writer is from [Minnesota] originally and he was like, ‘Hey, I grew up on you guys’ shit. I would love to commission some music for this television show that we’re working on. I immediately was like ‘Fuck yes, this gives me an excuse to go write shit that I would never normally, necessarily write.”

Find out why that didn’t work out and more from Slug here.