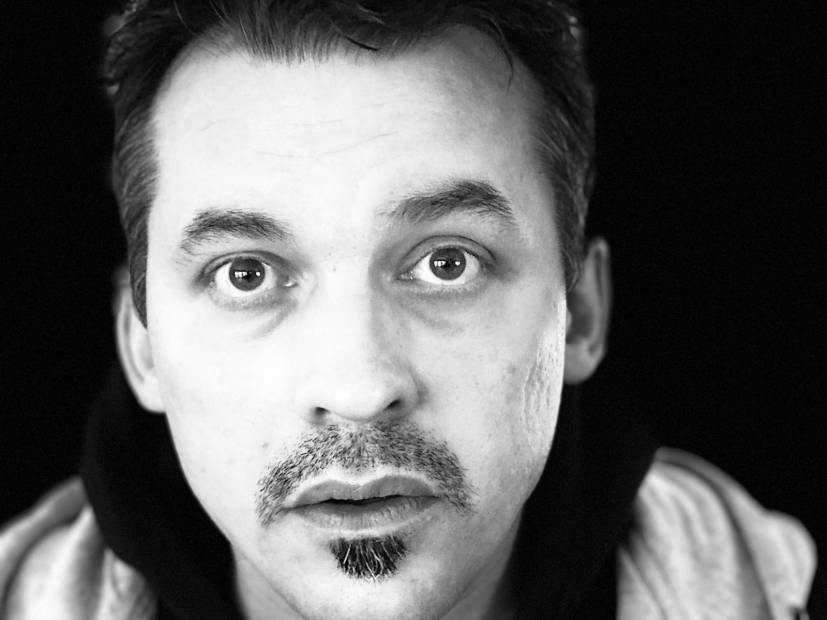 #DXCLUSIVE: Slug Describes How A Proposed Soundtrack Became His Own Movie: 'Whenever'

Minneapolis, MN – As an artist, and in Hip Hop particularly, the most poignant expression often comes in the form of catharsis. Expressions from within. Sometimes, however, inspiration derives from applying a different lens to your own point of view. JAY-Z found this to be true when he conjured the American Gangster album out of the visual interpretation of Frank Lucas, and it turned out to be one of his most critically acclaimed projects.

Back on November 8th, Atmosphere dropped a video for “Bde Make Ska,” but did not announce an accompanying project. Then on Friday (December 13) the group just sneak attacked fans with another new video “Lovely” featuring Nikki Jean.

Oh, and a surprise album, Whenever.

Surprise not only describes the group’s unannounced release but also their 15th album’s content, which is notably different from the Minnesota-based duo’s previous two-plus decades of work. The reason? As it turns out, most of the songs were initially meant to be part of a television show, which inspired Slug to switch things up a bit.

“We initially set out to make a soundtrack for a television show,” Slug tells HipHopDX in an exclusive interview. “We were approached by a writer, who’s kind of known, who was making a show with a well-known producer. The writer is from [Minnesota] originally and he was like, ‘hey, I grew up on you guys’ shit. I would love to commission some music for this television show that we’re working on. I immediately was like ‘fuck yes, this gives me an excuse to go write shit that I would never normally, necessarily write,” he added.

But as the age-old story goes, the music itself is only a part of the music business. And for a group that has steered their own ship from the time it was a lifeboat until it became a yacht, giving up ownership was not an option.

“As I was wrapping it up, I was pretty happy with it, and then it was time for all the legal teams and the label and everybody to start talking and we couldn’t make it work, which is unfortunate, cause all the creative people who were involved were like, ‘what the fuck?’ We were all just kind of miffed,” said Slug. “It wasn’t even really a money thing, it was an ownership thing. And I’m trying to be careful what I say cause I don’t wanna throw anybody under the bus. It was really nobody’s fault. It’s basically one of those things I think, where at the end of the day, everybody’s just trying to protect themselves. But me, I own all my shit: I own my masters, I own everything, and so the concept of giving that up was just too much for me,” he added.

To many people, the idea of eschewing such a large platform might seem crazy, but there are perks that come along with having a loyal fanbase built over three different decades.

“[The company that bought and was televising the show] were like ‘look at all the exposure you’re giving up.’ I was kinda like, ‘exposure? I’m beyond that. I’m at a point now where either you know about us or you don’t,” said Slug. “If you don’t, that’s okay, and if you do you’ve already decided whether you like us or not. I’m not a new artist trying to break myself,” he added.

Though things didn’t work out with the show, per the Rhymesayers MC’s own advice from the past, when life gave him lemons, he painted that shit gold, and a collection of songs that were meant to be a piece of someone else’s cinematic vision became a larger part of his own.

“The creative people were all amicable. We all understood that this was out of our hands, and so I just decided, well fuck it, I added some pieces to it and said, ‘let’s just drop it as a project.’ I left it alone for a minute because I had to focus on Mi Vida Local. We were getting ready to go on tour for that,” Slug recalled. “I went out for the first couple legs of that and then when I got back around Christmas last year I started looking at the songs that were there and thinking, ‘there’s kind of a theme here that, again maybe nobody but me will see, but at least this time the theme’s not me,” he added.

The vision was coming together as Atmosphere headed overseas, and as it turns out it was the road that provided Slug with the concept’s finishing touch.

“When we hit Europe, everything was speaking to me. I was listening to these songs while I was walking around Norway [and the other European cities] and again, I was like, ‘this is an album and I think I like it because I think I hear a theme which, at least in my head is reclamation,” said Slug. “A lot of these songs deal with capturing something that’s been there next to you, that you lost, and reclaiming it. It gave me ideas for visuals, but then also I’m in these different spaces, going through these different territories, and I started talking to different people throughout Europe, getting them to record their voices for me on my phone. They emailed me the English translation. I would just give them the idea and they would say something. Some of that wound up on the album. Those were fitting right in with the reclamation concept”

For many fans and artists alike, change is not always so easily embraced, but for this particular project, a new process turned out to serve as a “refresh” button for Slug.

When I’m digging through beats, or looking at what Ant is prescribing for me, I can come at it like, ‘how would this feel if this was the opening scene, or if this was the credits when the credits start to roll after you just got the reveal of the show? And it was one of these kinda Twilight Zone type shows, so I was like that’s cool that allows us to get a more, I don’t wanna say experimental, but it allows us to not have to focus on making something that’s catchy. I like catchy, I make catchy in my head. I make choruses, but this gives me a chance to get away from that and focus more on making something that’s cinematic.”