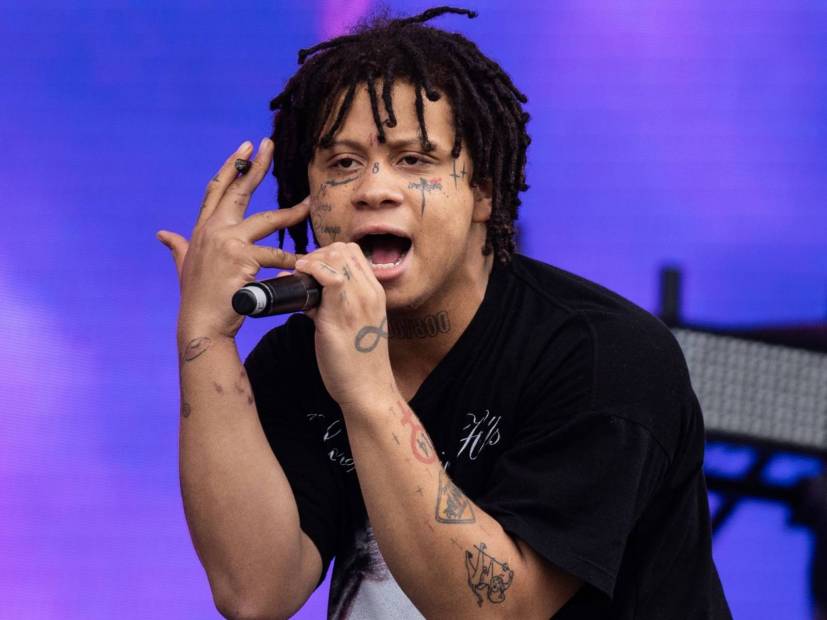 Trippie Redd: 'If It Ain't Weed, We Ain't Doing It No More'

Although Juice Wrld’s official cause of death hasn’t been confirmed, the 21-year-old reportedly swallowed several Percocet pills prior to the fatal seizure he suffered at Chicago’s Midway Airport on Sunday (December 8).

In the wake of his death, countless rappers and rap fans are speaking out and Trippie Redd is one of them. The face-tatted rapper hopped on Instagram Live over the weekend and let his 8.5 million followers know he was done with illicit drugs (unless it’s marijuana).

In July, Juice Wrld revealed he was struggling with an addiction to lean, which is basically codeine cough syrup. He told his then-girlfriend Ally Lotti via Twitter he was committed to quitting.

“Bae I’m sorry I be tweaking, you’ve put up with more than ppl know I know I be scaring you, fuck Codeine I’m done,” he tweeted. “I love you and im letting it be known publicly that ain’t shit fucking up the real love I found. Learn from this everyone. Addiction kills all but you can overcome.”

Over the past two years, drug overdoses have been responsible for the deaths of several notable artists, including Mac Miller and Lil Peep. It appears Trippie is intent on not becoming one of them.