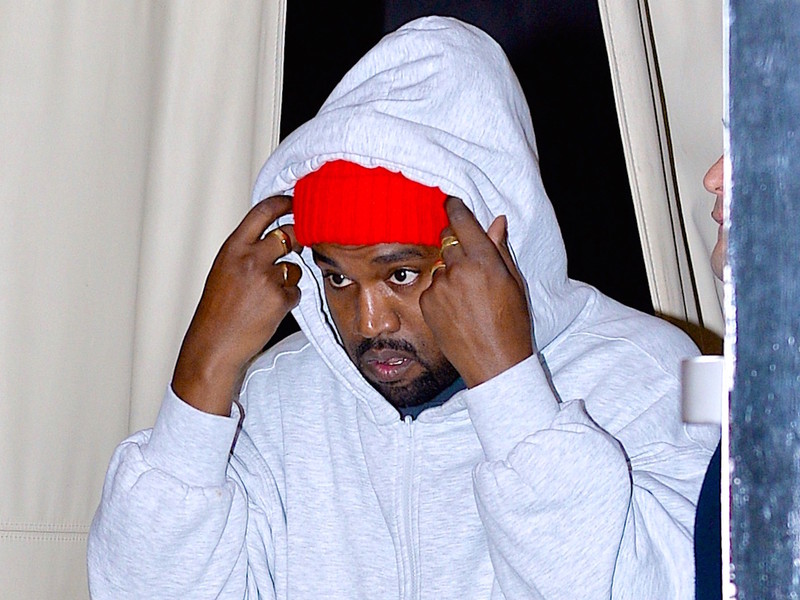 Kanye West baffled and angered many when he made a controversial comment about slavery, which sparked days of discussion and debate. Also, 50 Cent can’t get enough of teasing rappers, this time taking shots at Jim Jones and Hell Rell. Lastly, the woman who claimed Offset impregnated her was exposed as a liar.

#SwipeLeft: On today’s @TMZ_TV live #KanyeWest discussed how slavery was a choice, and how Trump is his BFF. #VanLathan had a few words for Kanye as well. Thoughts?

Kanye West went on TMZ Live and said slavery was a “choice.” Obviously, being enslaved wasn’t a choice so West was ridiculed and held over social media fire for his reckless statement.

In an attempt to clean up his comments, West says he meant there should have been more slave revolts in the vein of Nat Turner.

Before the TMZ interview, a conversation ‘Ye had with Charlamagne Tha God was shared online in which West revealed why he had the mental breakdown in 2016.

After the G.O.O.D. Music founder caused a commotion, he has retreated back to Wyoming, presumably to continue making his next album, which is scheduled for a June 7 release.

50 Cent came for Jim Jones in an Instagram post, and it seems Jim is over it. As the taunts continued, Jimmy offered the fade to 50.

“Sombody tell @50cent we can shoot th fair one when ever he ready we can do it on 42st or or south side if they still let u ride through there,” he captioned under a post on Instagram.

50 also felt compelled to drag Hell Rell into the mix, but Rell wasn’t really with the social media arguing and was ready to settle things with lead.

Offset Is Not The Father

Celina Powell was adamant that Offset was her baby daddy and claimed to have paperwork to prove it. This week however, Twitter exposed her as a liar. Well, she actually exposed herself as she was caught on video saying she copied her friend’s DNA papers.

Cardi B caught wind of the exposé and laughed it off.

Read more about Offset not being the daddy here.

Hopsin Says He Did His Best To Keep Funk Volume Alive

Hopsin sat down with HipHopDX’s Editor-In-Chief Trent Clark for a new episode of HipHopDX’s Soulful Sundays and when the topic of Funk Volume came up, Hop shows nothing but love.

“I know in my heart that I did the best I could do to keep Funk Volume alive and keep everyone together,” he explained. “It sucks the way that it ended. I loved [the label] … it was mine before it was anybody else’s.”

Cal Scruby Is Honest About White Privilege In Hip Hop

DX’s Cherise Johnson caught up with bubbling Ohio rapper Cal Scruby at Riveting Entertainment offices in Los Angeles, and one thing he wanted to make sure was addressed was his privilege in Hip Hop being a white male.

“There is definitely a privilege to being a white rapper, or just in life,” he says. “I think because I have a conservative fanbase and I know this because since Donald Trump got elected and I’ve spoken out against Trump I’ve received backlash from people who are like I’ve been listening to you for four years and you’re too political so I will no longer listen to you. I have come to accept that. That’s their perspective. I didn’t recruit them as a fan so if you don’t like me or what I talk about then you can go listen to whoever.”

Read what else he had to say here.

In an interview with DX’s Kyle Eustice, Mally Mall shares what happened when he purchased 2Pac vocals for $100,000.

“Afeni Shakur [2Pac’s mother] flew to Vegas and she was like, ‘Wow. Before I say anything, I want you to know my son is here in the house. My son has the strongest spirit in the world. He died here and he wanted his vocals to come back here to Vegas. And my son is here now.’ It was the craziest thing. I got to thank Afeni for the vocals and that’s all I wanted to do.”

Check out the rest of the conversation here.

Yo-Yo Continues To Carry The Cross For Future Female Rappers

Legendary Hip Hop artist Yo-Yo spoke with DX’s Kyle Eustice about the future of women in the genre and some advice she has for them:

“I tell young women, ‘Listen. Being loud doesn’t always mean you’re the wild and loud girl.’ Sometimes, being loud and wild is just the fearless girl, and being shy doesn’t always mean that people perceive you to be this innocent, really cool chick. It really means that sometimes they look at you like you’re the girl they can take advantage of. You’re not gonna say anything, you’re the girl that could really keep a secret. They try to play off of that. I try to teach that to girls — to not be another #MeToo.”