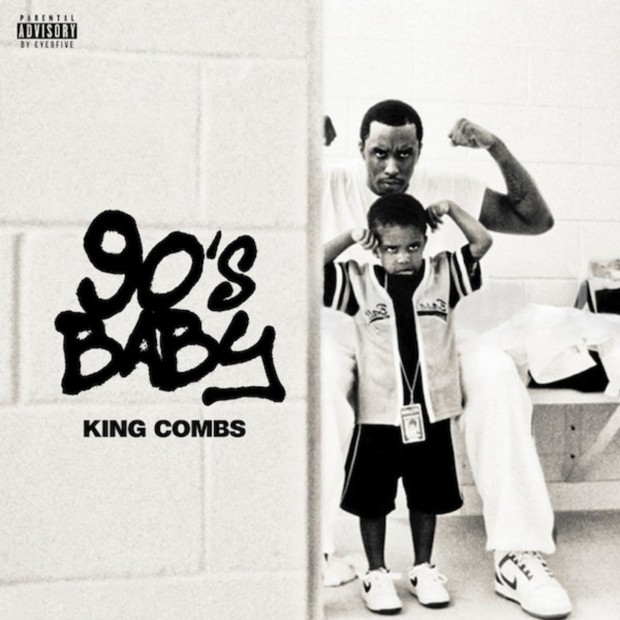 A feeling of hesitance best describes the emotions associated with a rapper possessing immediate ties to Hip Hop legends and resources. Yet, after teasing fans with several flashy music videos over the past year, young Christian “King” Combs makes it clear to critics that he is a very capable MC through his debut mixtape, 90’s Baby.

Diddy’s son drops off a 12-track offering that consists of a vintage blend of Bad Boy-era Hip Hop with West Coast influenced vibes.

From the tape’s start, it is evident that Combs has done his due diligence as a student of the game as his cadences and rap delivery are directly influenced by past greats, mostly reminiscent of M-A-dollar-sign-E in the late 90s. A nostalgic sound is the driving force of the project and for the most part he does a great job at it, best exemplified on the 20-year-old’s rendition of Tupac’s classic “All Eyez on Me” titled “All Eyez On C” which also samples Nas’ “Street Dreams” from ’96.

90’s Baby’s subject matter is dominated by braggadocious rhymes like on “Smoove Shit” and relationship tracks like “Bad Girl,” shortchanging the surprises from song to song. But the production is dynamic and compliments Combs’ self-assured delivery. The confidence in his style elevates these records and helps them to be more than just homage to the sound that his father perfected. He’s striving to make a name for himself and is not hesitant in making that clear. “Bad Boy Back,” which features a well-implemented “Fu-Gee-La” sample, is one of the tape’s strongest offerings and showcases the Bad Boy empire will be left in capable hands. On the hook, the young MC proclaims, “Everybody ask where Bad Boy at, King Combs bringing Bad Boy back/ And if you wanna know where Bad Boy at/King Combs bringing Bad Boy Back.”

The heir apparent is at his most compelling on a record like “No Way Out,” where he virtually dons a shiny suit in the booth. A complete track consisting of fly talk, and lavish lifestyle raps where the imagery is evocative. He raps “Trips to Jamaica, Vegas fly back/If you like that floor seats watchin’ Melo/skate out to the main house no rental/Helicopter pads just to land on the yacht/Money-Power-Respect I put that on the LOX.”

As King Combs continues to develop his own style, it would be nice to hear him get more introspective about his life and who he is as a person. While there is no question he can rap and the lifestyle he details in his lyrics would only be disputed by a hater, the value of an artist is always judged by their depth – a key element lacking from this project.

Nonetheless, 90’s Baby is a good career starter for King Combs and also wins points for keeping the features in-house with his CYN collective. The nostalgic sound combined with the youthful energy he brings makes for a dope listen.

And yes, he’s already a better MC than his pops.