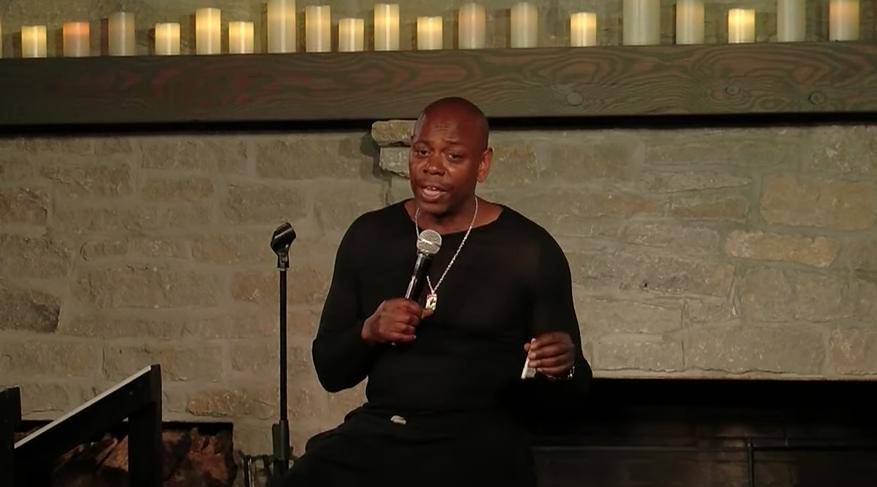 Finally, HipHopDX hit the Los Angeles streets to find out what protesters are listening to while they fight for social justice reform.

This week, Nicki Minaj teamed back up with her favorite controversial collaborator Tekashi 6ix9ine for their new single and video “TROLLZ.” After announcing the new track, the Queen crafter was hit with an onslaught of Twitter rage for her affiliation with 6ix9ine.

While some were agitated with the polarizing pair’s decision to donate only a “portion” of their “TROLLZ” revenue to The Bail Project, others pointed to 6ix9ine’s rap sheet, which includes a 2015 case for using a minor in a sexual performance and, most recently, racketeering charges and infamous cooperation with the federal government.

Nicki defended 6ix9ine’s snitching during a joint Instagram Live session on Friday (June 12), which 6ix9ine used as an opportunity to fire shots at Meek Mill, Future and Snoop Dogg.

Hit the link in bio to watch #DaveChappelle's surprise special.

Dave Chappelle surprised fans this week with a 27-minute Netflix special called “8:46.” The title is a reference to the duration of time that an ex-Minneapolis police officer kneeled on George Floyd‘s neck before the 46-year-old later died at the hospital.

While the special included a few punchlines aimed at Don Lemon, Azealia Banks and Candace Owens, Chappelle himself said “This is not funny at all,” as the majority of his act addressed Floyd’s despicable death and the ongoing reform effort against police brutality and systemic racism.

“I didn’t watch the tape for a week. When I finally watched it I understood — nobody’s going home,” he continued. “Everybody who sees this is going to be furious.”

“8:46” is Chappelle’s first performance in almost three months and marks another celebrity who has spoken out against the police killings of Floyd and countless others. Read more about Chappelle’s explosive special here.

HipHopDX reported from Los Angeles’ protesting frontlines this week to see what songs activists are bumping while they for social justice reform.

Of course, politically outspoken tracks from 90’s Hip Hop continue their resurgence, as new listeners find depth and inspiration in music by Tupac and X Clan, while classic protesting anthems by N.W.A., Public Enemy and others have seen nationwide streaming spikes.

Finally, protesters are also tuning into podcasts and the teachings of Malcolm X, W.E.B. Du Bois and Angela Davis. Read more about what L.A. protesters are listening to from DX’s exclusive on-the-ground reporting here.

During an exclusive chat with HipHopDX, Royce Da 5’9 spoke about the movement to defund police, experiencing racism while growing up in Detroit and how his friendship with Eminem shifted his view of white people.

“When you encounter people … like with me, Em is like … Marshall was like my guy, that I got in my life,” he told DX. “He didn’t seal the deal, but he played a huge role in me not generalizing white people.”

Check out Part 1 of the interview here.

In the first installment of DX’s interview with Masta Killa, the Wu-Tang Clan vet talks about being front-and-center during RZA and DJ Premier’s Verzuz battle, the loss of Papa Wu and the Wu-Tang Clan: Of Mics and Men documentary.

“I was there, man! I was in the building. You know I wasn’t going to miss that,” Masta Killa enthused about RZA and Preemo’s virtual showdown. “I think that’s legendary, man. This could be a spark of like a new renewal of things to come in the music industry, things like that.”

“When you see stuff like Premier and the RZA deejaying and stuff like that, look how many viewers they had. They had about 100,000 viewers before they even played a record,” he continued. “Just imagine if that was the bill.”

“… Definitely everyone on Griselda – from Conway, to West, to Benny – they’re all gonna be on the project. I also have a couple wildcards I’m gonna throw on there, too,” she said. “The vision that West had was, he wanted somebody that was able to do everything. They’ve already been placed in spots, so they’re able to, now, kinda make me the wildcard — because I can do anything.”

Read the first part of her interview here.