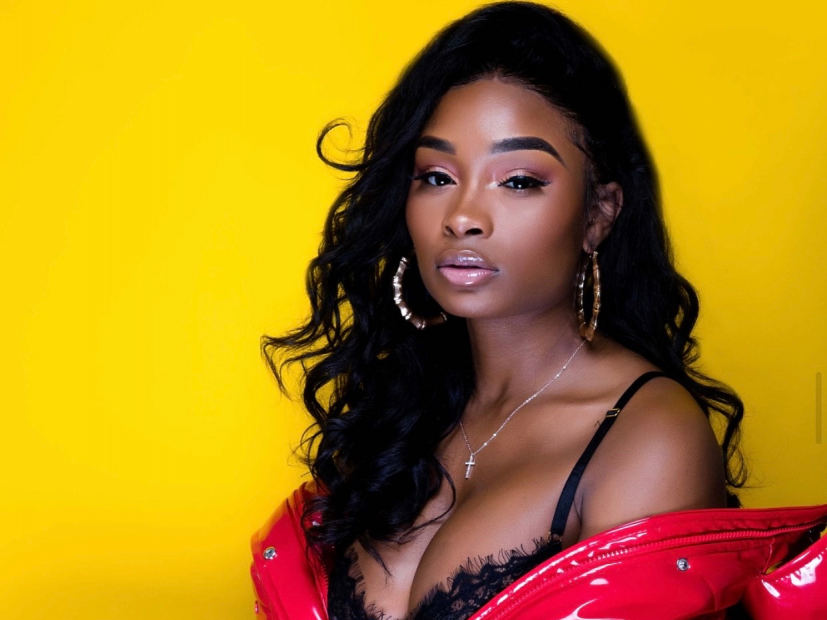 Buffalo, NY – Back in March, Armani Caesar became Griselda Records’ leading lady, joining the likes of Benny The Butcher, Westside Gunn and Conway The Machine in the Buffalo-bred collective that’s gained nationwide acclaim. The partnership was a natural next step for Caesar, who’s been grinding since 2011’s Hand Bag Addict.

“I started recording [songs] as a teenager, but I was writing rhymes at like 8 or 9 years old,” she told HipHopDX. “My mom was in a choir, my grandma was a huge Hip Hop head, my uncle was a DJ. It’s literally just in my genes to do music.” 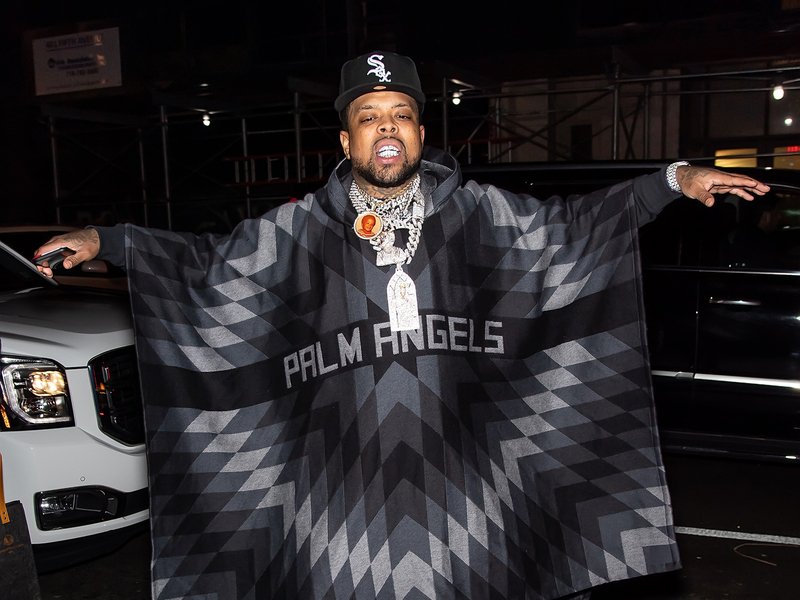 As a teen rapper, Caesar bumped into fellow Buffalo spitters Benny and Conway in local a studio and they began recording together. After taking a brief music hiatus to launch her online boutique, Caesar returned to the industry full-force and decided to mark her 10-year friendship with Benny, Westside and Conway with a newly inked deal.

Unfortunately, Caesar also happened to arrive on the Griselda scene just as coronavirus was beginning to shut down the music industry, putting her debut rollout on hold.

“With corona and all that, it kinda slowed down my whole press run that I had scheduled in March. So, we had to go back to the drawing board,” she said. “But the good thing about it is I’ve had nothing but free time to write and come up with some great music and find great producers.”

It’s Official 🎉 @westsidegunn bro I can’t wait to show the ppl what we got in store! I’m even happier cuz I really get to do this with the Home team! 💪🏾It’s up and it’s mfkin STUCK🚀 #BuffaloKids #GriseldaShit

Thanks to the wonder of remote collaborations, Caesar now says she’ll be able to announce her Griselda debut album and a new EP “within the next few weeks.”

“You don’t necessarily have to be in the studio with people to work with them, so definitely everyone on Griselda – from Conway, to West, to Benny – they’re all gonna be on the project,” she explained. “I also have a couple wildcards I’m gonna throw on there, too.”

In the meantime, she’s entertained fans with freestyles through her social media and YouTube and supported families who were struggling financially due to the pandemic.

“Everybody’s quarantine situation wasn’t just chilling at home,” Caesar said. “Some people didn’t have food and didn’t know how they were gonna feed themselves or their families.

“People would say what they needed or a bill that they needed paid, and I would either send it in or just pay it myself,” she continued. “A lot of people needed groceries, diapers, wipes, gloves, masks, that kind of thing. I just wanted to help single mothers, elderly people, or just people that needed a leg up during this time.”

Caesar also opted to support several black-owned businesses by giving them exposure on her Instagram — an effort she’s continued this week as protesters around the world rally behind Black Lives Matter and condemn police violence.

“I was watching Malcolm X and I was like, ‘I wanna support black businesses,'” she said. “I feel like it’s important to continue to circulate the black dollar and to uplift each other during this time. I took it upon myself to support them, and not [by] like them sending me something for free and me posting it. Like, actually using my money to go and buy the product and giving an honest review of it.”

Although Caesar’s addition to Griselda has been years in the making, she’s especially excited to be joining the label now, at a time where women in Hip Hop have been dominating the charts.

“I think it’s finally starting to open up for more females to be able to do their thing and everybody’s not trying to do this cookie-cutter artist formula,” she said. “There’s so many different types, sounds and looks — it’s a beautiful time for women. I think now, the next step is just having more collabs and more unity when it comes to female artists.”

Additionally, as the label’s first female signee, Caesar will bring a new perspective and sound to Griselda’s trademark grittiness. But she’s not interested in being confined to any particular groove, whether it’s “club songs,” “female songs” or hard-hitting takes, like her label male counterparts.

“The vision that West had was, he wanted somebody that was able to do everything,” she said. “They’ve already been placed in spots, so they’re able to, now, kinda make me the wildcard — because I can do anything.”