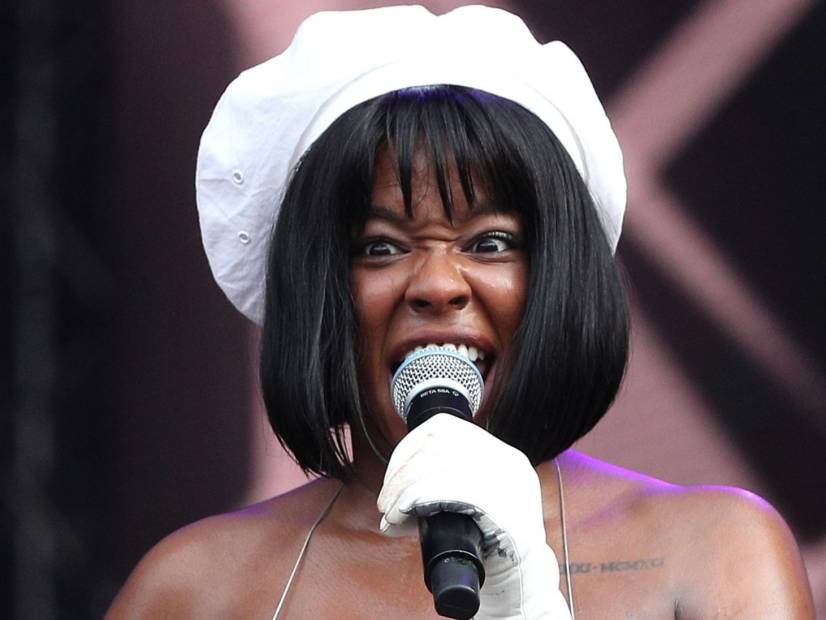 Lana Del Rey’s Instagram rant stirred up plenty of controversy on Twitter last week after she name-checked Beyoncé, Cardi B, Nicki Minaj, Doja Cat and more as examples of double standards in the music industry.

Considering the Grammy Award winner’s murky past with Azealia Banks, it wasn’t a matter of if Banks would respond — it was simply a matter of when. That moment came on Monday (May 25) when Banks hopped on Instagram Live to give everyone a piece of her mind, specifically Nicki and Doja who she refers to as a “white bitch.”

“Another thing that I find fucking funny, is Nicki … for all the fucking mouth you have for Cardi B for talking shit about black women, and now you quiet because you got your little number one with this white bitch,” she says. “You a pussy ass bitch. Fuck outta here. You mad pussy… You shoulda got right on that Queen Radio and you put that bitch in the ground where she belongs.

“Put that bitch down in the fucking South African emerald mine where the fuck that white bitch belongs. Now I’m looking back at it, it’s like you were just jealous of Cardi. You just jealous  ’cause she’s got more swag than you. You made a whole radio show about how Cardi B is bad for black women.”

Azealia Banks is back at it again at Nicki pic.twitter.com/mQJCsB0wkh

Nicki had recently obtained the first Billboard No. 1 of her career, appearing alongside Doja Cat for the “Say So (Remix).” Since news of Doja’s murky past surfaced online, Minaj has yet to comment.

But that was only the tip of the iceberg. Banks also insists she once had sex with famed comedian Dave Chappelle and sees no reason to protect his marriage any longer.

Then she goes for Busta Rhymes and claims the Hip Hop legend once touched her former boyfriend’s rear end in a club.

“Matter of fact, everybody practice social distancing around Busta Rhymes in the fuckin’ club ’cause he’s an ass toucher. And I’m still putting the fuckin’ song out because you released my fuckin’ song.”

Finally, Banks had some words for Cardi and made it clear her statement about Nicki was in no way, shape or form meant to defend the Invasion Of Privacy artist. But she still wants Nicki to address the Doja debacle on a future episode of Queen Radio.

“I’m not going to sit up here and play you and be like, ‘Oh Cardi’s a better artist’ ’cause the bitch is fuckin’ trash,” she says. “That’s what we all know. You know, that’s what we’ve all found out. We know the bitch has two albums and Atlantic don’t have no incentive to push Cardi B. OK? If you really a woman of your fuckin’ word, you better get on that fuckin’ Queen Radio and tear that bitch’s head right the fuck off.”

Doja was accused of being anti-black after an old song called “Dindu Nuffin” resurfaced online along with a video of herself in an incel chatroom. She denied the allegation in an Instagram Story posted on Sunday (May 24).

Read her apology below.