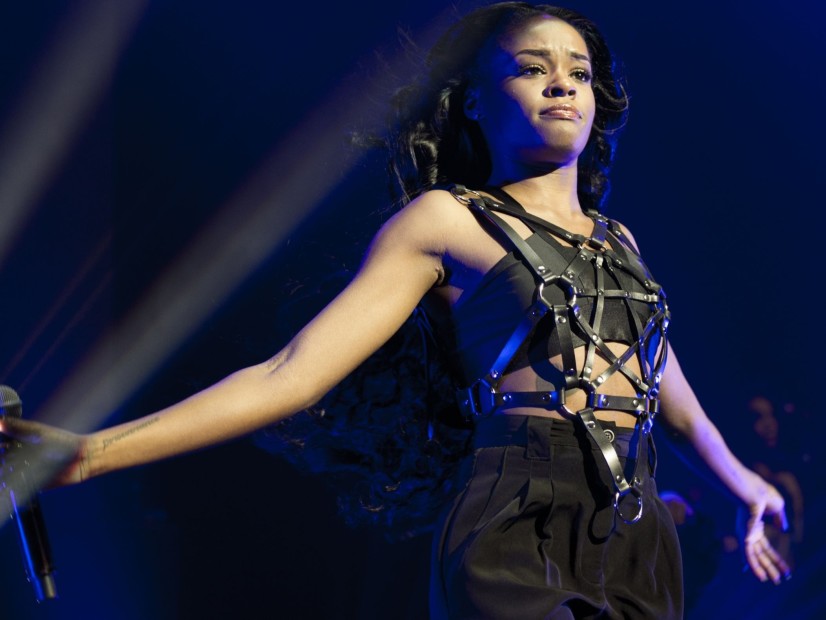 Lana Del Rey became a trending Twitter topic on Thursday (May 21) after she named Beyoncé, Nicki Minaj, Cardi B, Doja Cat, Ariana Grande and Kehlani in an Instagram tirade about double standards in the music industry.

Many were offended she listed so many successful black women to make her point, as if she was somehow discrediting their struggles and accomplishments. As the tweets continued to hit their target, Azealia Banks was suddenly thrust into the middle of it.

In 2018, Del Rey and Banks engaged in a nasty Twitter feud after Banks criticized the Grammy Award-winning singer for comments she made about Kanye West’s 13th Amendment debacle. Del Rey told the often outspoken rapper at the time, “I won’t not fuck you the fuck up. Period,” among other things.

seeing lana del rey acting tough on her insta story made me remember when she said this to azealia banks pic.twitter.com/4af7vjbuLk

So now, Twitter is calling on Banks to address Del Rey’s latest controversy, but some people can’t believe Banks is being treated as some kind of savior when she’s routinely dragged for her own opinions on the music industry — or anything, really.

Comments on the situation range from calling out the hypocrisy to standing up for Banks. Others simply hope Banks will ignore the entire situation or go off on Del Rey entirely.

Banks has yet to respond. While it remains to be seen whether she even will, check out the reactions below.

Azealia, wya? We need you pic.twitter.com/Ij5u84fN3l

I need Azealia’s input on this whole situation. Once she gets ahold of this, well….. pic.twitter.com/DzJ2IKMVDB

Azealia may be problematic BUT most problematic people give the best reads when needed and Babyyy she bouta go tf in on Lana Da Racist 😭😂 https://t.co/Pi9VMrpYMp

is azealia still asleep??? ma get your ass on twitter and drag lana pic.twitter.com/eFWoGRjm3n

i fear for lana so much once azealia banks wakes up because sis surely will going to beat her ass up 😭😭😭 pic.twitter.com/uZwnmcAQPx

Azealia Banks watching us rn bitch over some white chick because she called her out earlier pic.twitter.com/WO3UuQbJYK

I think it's weird how the locals down about Azealia Banks, but they also treat her like their personal attack dog every time the girls start acting out. When Lana issued that timid threat that time, y'all were laughing and pointing at Azealia. Now it's a different tune… pic.twitter.com/RXcYQNxLcc

Constantly checking Azealia’s story, ready for the documentary she’s about to release on this whole mess pic.twitter.com/UP3510CUWp

I’m just really living at how azealia banks was so right about Lana lmaoooooooo it’s just so funny to meeeeee. She was always a bullshit white feminists and now everyone’s wigs are pushed up now that we can see ittttt! pic.twitter.com/KSpXgmiddf

Remember when Azealia said all of that shit about L*n* D*l R*y and y'all started going in on Miss Banks ?!?! woo chile the tables have TURNEDT!!!!pic.twitter.com/IPaDq7WtFw

I hate how the locals now want to use azealia as their attack dog when they literally discredit her for things she’s always right about. I Just hope she ignores all this pic.twitter.com/CtSQyS0B3P

All of a sudden y’all want Azealia Banks to respond to this mess, when any other time y’all love to drag and not support her. The fakeness is just…