YG has released the video for his “FTP (Fuck The Police)” single, which includes footage shot at the Black Live Matter protest he co-organized in Los Angeles.

The visuals arrive a few days after the West Coast rapper faced criticism online from rapper CHIKA and many others, for filming at the demonstration on Sunday (June 7). YG defended his actions in a lengthy Instagram post on Monday (June 8).

“For anyone out there talking I don’t question your advocacy and don’t think you should question mine,” he wrote. “See you gotta understand that a lot of people out there they see me as a N*gga. They don’t see the black proud man. They see a kid from Bompton and they expect violence. They hear FTP and they think I’m gonna come and burn my city.” 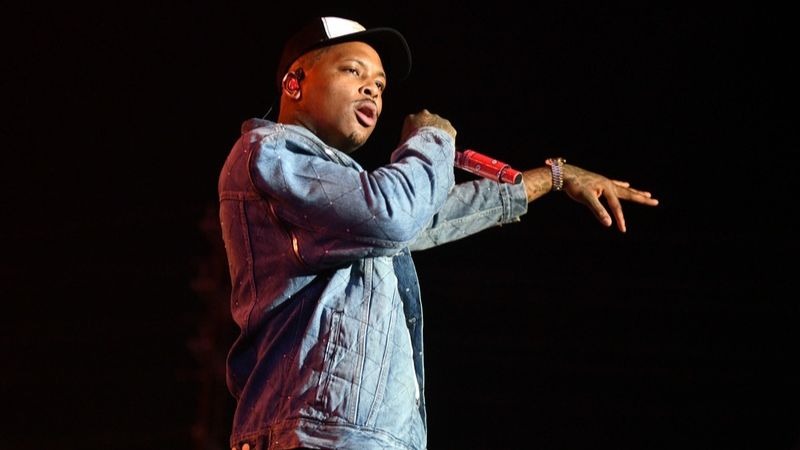 YG Fires Back At Anyone Criticizing His 'FTP' Video Shoot At L.A. Protest

He continued, “So we showed up and did it right. We proved them wrong. The real story here is me and Black Lives Matter brought out 50,000 people today to peacefully protest and unite for change. I wanted to document that so when they hear this song and think we are reckless and violent they see a peaceful protest of all different people coming together for a common cause. That is history. That is breaking down these stereotypes on our people and our neighborhoods.”

YG’s video opens with a quote from Martin Luther King Jr. before cutting to clips of George Floyd-related protests from around the country. At one point, the Denied Approval-directed visuals fade the music out and focus on a crowd chanting “fuck the police” at the Los Angeles demonstration.

“All of us protesting are on the same side here..instead of questioning each other’s activism we should be directing that energy at the cops and the government and helping to create the change we want to see,” YG said. “Stay focused and stop that social media judgement without knowing facts and hurting a cause we all a part of. We got a real enemy and it ain’t eachother.”