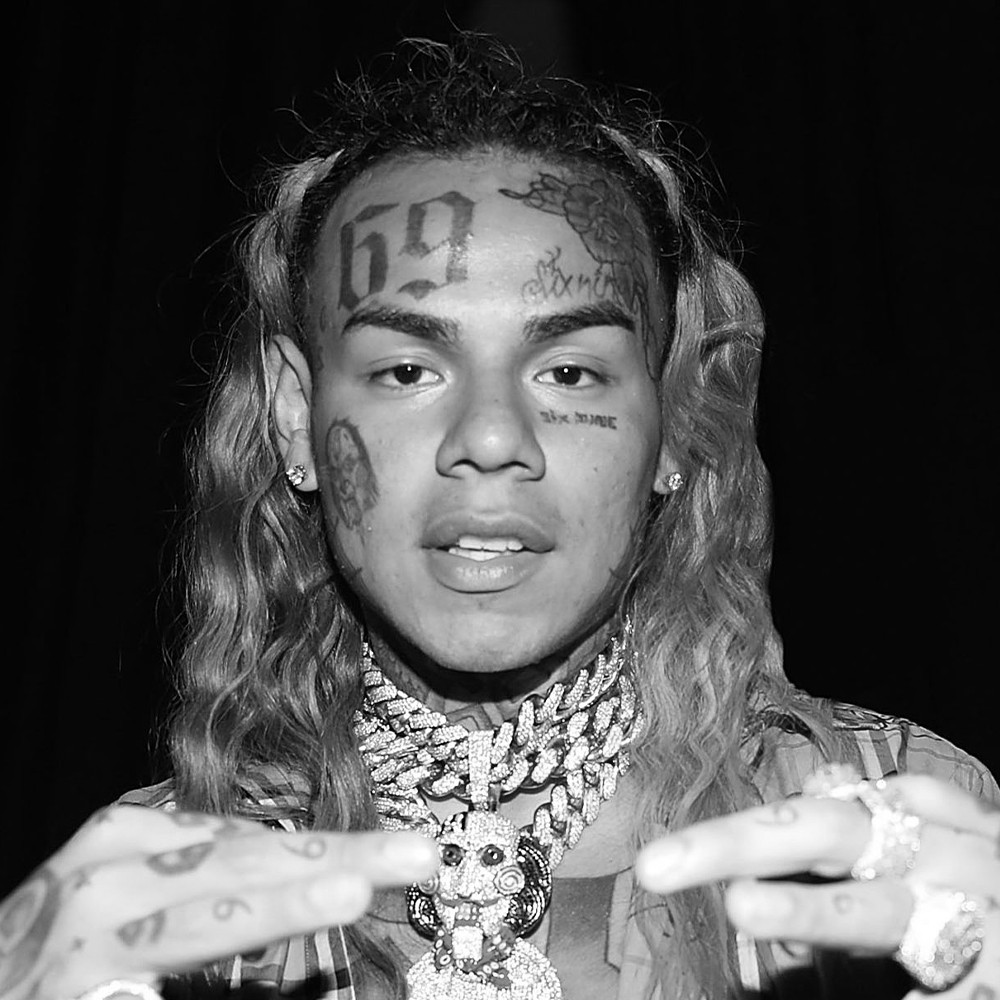 6ix9ine rose to prominence after the release of his viral debut single “Gummo” in 2017, building a large fanbase for himself in the early stages of his career. 2018 was a solid run for 6ix9ine, as he dropped his debut mixtape called Day69, and it contained 3 of his breakthrough singles “Kooda,” “KeKe,” and “Gotti.” All 3 singles charted on the Billboard Hot 100. Shortly after, 6ix9ine released his debut album Dummy Boy, which includes the leading single “FEFE” featuring Nicki Minaj, peaking at No. 3. He signed a publishing deal with Create Music Group that same year. But in 2018, 6ix9ine was arrested on gang-related charges and wasn’t released until 2020 when he snitched on. The incarceration didn’t slow his musical momentum, at least at first, as he achieved success with singles he released right out of prison like “Gooba,” which peaked at No. 3, as well as “Trollz” featuring Nicki Minaj, which peaked at No.1. He’s a noted troll and alleged sex offender. His music has taken a hit, but he’s now a podcast host with other troll DJ Akademiks.

What did 6ix9ine get arrested for?

What was 6ix9ine’s first breakthrough hit?

Has he been accused of statutory sexual acts?

Did 6ix9ine really cooperate with the police to take down his former gang and save himself from prison?

6ix9ine Loses Bid To Trademark His Own Name

Akon Explains Why He Wanted To Mentor 6ix9ine