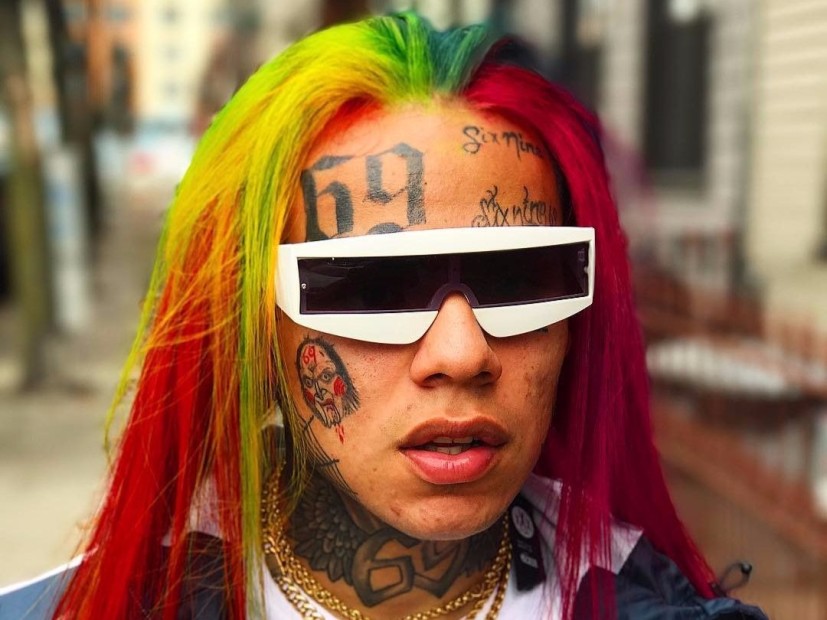 Here's How Tekashi 6ix9ine Has Responded To His Sex Crime Allegations

When rainbow-haired rapper Tekashi 6ix9ine started to pick up traction with his viral hit “Gummo,” details of the 21-year-old’s personal life also started to emerge. Most troubling was his sexual misconduct case involving a minor.

After fellow rappers Trippie Red and Zillakami accused him of being a “pedophile” on social media, it was discovered 6ix9ine actually entered a guilty plea to the Manhattan District Attorney’s Office for “the use of a child in a sexual performance” in 2015, according to Jezebel. The Brooklyn native has responded to the recent wave of publicity dissecting the case with zero remorse.

“I WANT ALL THE MEDIA OUTLETS TO KNOW U CAN WRITE ANYTHING U WANT ABOUT ME. THROW DIRT ON MY NAME,” he wrote in a since-deleted Instagram post. “HATE ON ME. AS YOU CAN SEE IT ONLY MADE ME WHAT U DIDNT WANT ME TO BE AND THATS AT THE TOP. IT GETS UNDER YALL SKIN HOW GOOD IM DOING AND IT HURTS YOU THAT I KNOW xoxo xoxo xoxo.”

6ix9nine, who evidently has an affinity for blow-up dolls (male or female), was busted once the mother of the victim discovered three disturbing videos involving her child, then 13, online. In an interview with DJ Akademiks, he attempted to downplay the incident and claimed it happened “two to three years ago.” The complaint was officially filed with police on February 23, 2015.

The New York State Unified Court System’s online database says he was arrested March 5, 2015. The graphic details of the crime are described in the Jezebel article and involve multiple men. In the interview with the Everyday Struggle co-host, 6ix9ine is adamant “there’s no rape.”

Although 6ix9ine is currently free, which he has repeatedly pointed out, his sentence was adjourned for two years until October 20, 2017 and has since been adjourned further. As of now, the sentencing is reportedly scheduled for January 30, 2018.

Much like polarizing rapper XXXTENTACION, who is currently sitting in a Florida jail for multiple felonies stemming from a 2016 domestic violence case, 6ix9ine’s burgeoning rap career is already shrouded in controversy. But curiously, that only seems to elevate their profile. X’s debut album, 17, peaked at #2 on the Billboard 200 chart and 6ix9ine’s “Gummo” video has over 55 million views.

Check out his comments beginning around the 2-minute mark.