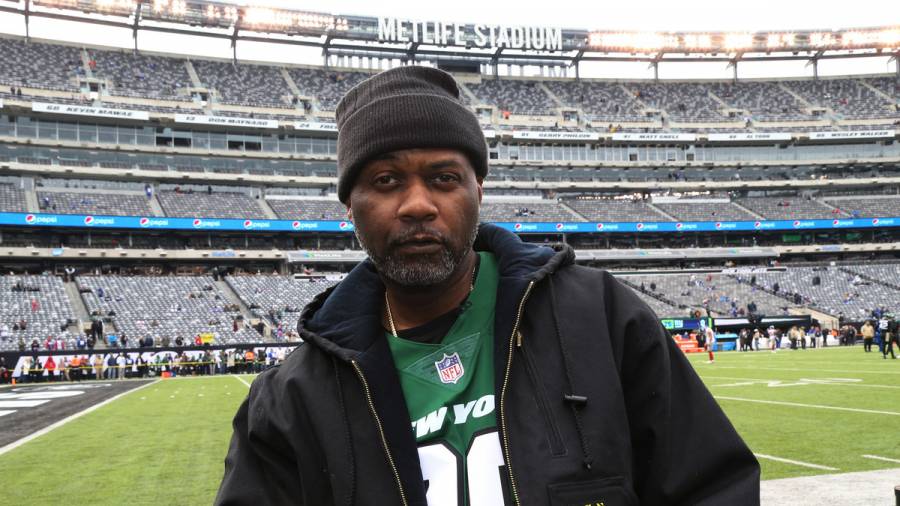 Masta Killa is quite possibly the most dedicated member of the Wu-Tang Clan. While the likes of RZA, Ghostface Killah and Method Man may get the lion’s share of the limelight, Masta Killa has remained fiercely loyal to his Wu-Tang brothers and ready to contribute at a moment’s notice.

Whenever he speaks, it’s evident how much repping the W means to him. And for that reason, his perspective on the Clan’s movements is often the most insightful — and honest.

Prior to the unrest provoked by the police killing of George Floyd, HipHopDX had a chance to catch up with Masta Killa and find out how life had changed for him amid the COVID-19 pandemic.

During the conversation, the veteran MC shared his thoughts on RZA’s Verzuz battle with DJ Premier and the Wu-Tang documentary series Of Mics and Men. He also opened up about the death of the Clan’s spiritual mentor Popa Wu and explained why he never publicized his kinship to legendary singer Marvin Gaye.

HipHopDX: How has the pandemic affected your life and work?

Masta Killa: I mean work-wise, everything. The only thing that I’m consistent with right now is studio work because that is only me and the engineer. Otherwise, when it comes to touring and doing shows and things, all of that’s at a halt right now. The question for me is, will things ever really be the same? Because I’m really not understanding where all this going.

What is it all going to amount to because, when you think about it, the way they have everything governed right now with everyone inside and social distancing and things of that nature, when everybody runs back together, what’s going to happen then? Business-wise, everything is definitely at a minimum. It definitely has you in the mind frame like, “What’s to come and where is all this leading to?”

HipHopDX: You mentioned still being able to get into the studio. I’m wondering, in this unusual time, are you able to find that creative spark? Has it hindered you at all in that way or are you still finding yourself inspired to create?

Masta Killa: Well, that’s the thing about when you’re being creative — it can be inspired by worldly things that are actually going on, current events, and it can also be inspired by the internal self of seeing things beyond the physical sight. A lot of my inspiration, when it comes to writing, comes from things within. For me, I’m always writing and jotting things down for my thoughts. That’s like my sanctuary. You’re always going to see Floyd [Mayweather] in the gym. That’s my gym, that’s my sanctuary. I’ve also been able to make a song or write a lyric. That’s what I love to do, that’s my passion. I always find a way to express that energy.

HipHopDX: One of the major things that happened lately with Wu-Tang was RZA’s Verzuz battle with DJ Premier. Did you get to watch it live?

When you see stuff like Premier and the RZA deejaying and stuff like that, look how many viewers they had. They had about 100,000 viewers before they even played a record. Just imagine if that was the bill. DJ Premier and RZA go at it tonight or [DJ] Jazzy Jeff, Grandmaster Flash. That’s where it all started anyway, those kind of battles and those kind of jams. This crew against that crew. That’s what it comes from, this art form of Hip Hop. I love it, personally. I love it.

HipHopDX: Some of the previous battles had some shenanigans and stuff like that in it. What I loved about this one was just RZA and Preemo having the utmost love and respect for each other.

Masta Killa: No doubt. I mean, Preemo, I’ve been knowing him for years. And man, between the both of them, their body of work is phenomenal. It’s incredible. They both probably did things that I probably didn’t even realize they had done. It’s like, “Wow!” I have nothing but the utmost respect. RZA’s my brother, Premier is my brother as well. Utmost respect for those two brothers, man.

HipHopDX: Last year, the Wu-Tang family lost Popa Wu. I can only imagine how tough that was for you. Could you tell me a little bit about what Popa Wu meant to you and what he meant to the whole group?

Masta Killa: Oh man, Popa Wu. His name was Freedom. He actually lived that to the best of his ability. When you say think outside of the box, there was no limit to his just … How can I say it? He was just totally free. A lot like how [Ol’] Dirty [Bastard] was, you know they’re family. Just totally free-spirited but with the utmost sincerity and there was no phoniness within him because you got what you got when you got either one of those brothers.

There was no fronting so to speak. There were no charades, there was nothing up their sleeves. It is what it is. It was sincere. Just the freedom of expression, man, just to live life and enjoy life and live it to the fullest and be yourself, most importantly, is what he really, really stood for. Always standing for what was righteous.

To show you the kind of character, the kind of personality that he possessed, I remember one night the police in Chicago wanted to arrest me. He was the kind of brother, when they had me, I wound up getting away or whatever to make a long story short. But when they had me, he went to the police right where they had me and said, “No, listen, let him go, take me.” You understand? He was that kind of brother. “Let him go, don’t arrest him. If you just want to arrest somebody, just take me, here put the cuffs on me, I’ll go.” He was that kind of spirited person. Like I said, an expression of freedom like no other.

You will always be in our hearts and Never forgotten. Rest in peace GOD. #PAPAWU forever. #wutang

HipHopDX: Last year also saw the release of the Wu-Tang Clan: Of Mics and Men documentary. It was captivating to watch as a fan, but what was it like for you as someone who lived through everything detailed in it? What was your perspective on the film as a viewer?

Masta Killa: If I take myself out of the equation and I was just looking at those guys, man … I was a fan of Hip Hop before I ever thought about being an artist. I was a fan first. I would say that group of brothers are some of the most unique MC’s ever in Hip Hop. I’m not just saying that because I’m a part of the group; I’m saying that as a fan of the music.

For me, being a part of it and living it and being there while … When you’re in something it’s hard to see. It’s like if you’re working out, you’re the last person to actually see that you’re gaining size. Somebody gotta say, “Oh wait, you getting a little diesel there.” You’re actually the last one to actually see it. When you’re in it, it’s just a natural, normal thing. It’s like it’s nothing out of the ordinary. This is what we do, you know?

HipHopDX: So was that documentary something where you actually got an opportunity to reflect and just be like, “Wow, look at everything we accomplished?”

HipHopDX: The story is still being written.

Masta Killa: Yeah! I’m just thankful to still be here and to be a part of this W.

HipHopDX: I thought one of the coolest moments in that documentary was when we found out you’re related to Marvin Gaye. That was a hell of a revelation! How young were you when you found out you were related to music royalty like that?

My grandmother would tell me, “You know Marvin Gaye, that’s your cousin.” I was young at that time. When you start to get older and you understand what these people actually did and who they are, that’s not really the conversation you actually want to lead with when you meet these people, right? That’s something that would probably never come up, even if we were just playing his music or his music comes on the radio. If me and you are homies and we hanging, I’m not really going to say, “You know that’s my cousin.” Because that’s so over there. Sometimes it’s like, “Eh, why even say anything?” But I figured if my father told you, it’s all good. I’ll let him tell you [in the documentary].

HipHopDX: That was one of my favorite parts of the movie. It was such a nice surprise to find that out. The documentary also touched on how things began to change within Wu-Tang by the time y’all dropped The W album, which will be celebrating its 20th anniversary later this year. I always felt like you were the MVP of that album, especially with “One Blood Under W” being your own song with Junior Reid. How was the making of that album different than the first two? What kind of headspace were you in at the time?

Masta Killa: My headspace was like … I was kind of really expecting more from my brothers as far as I thought we were all sailing in the same direction. It seems like later on in the years, we were kind of sailing further apart. I mean we all love each other and respect one another, but as far as career-wise, we were all just going in different directions. I kind of expected more support or togetherness as far as our direction of what we wanted to do and where we wanted to go as far as a whole.

Now individually, we were all doing our thing. But for me, at that point, it seemed like we were just going through like a crisis. I can’t really put my finger on it, but it had started to become more business than us enjoying the music part of creating together. That’s what I was experiencing during that time period.

Check back soon for the conclusion of DX’s latest conversation with Masta Killa.