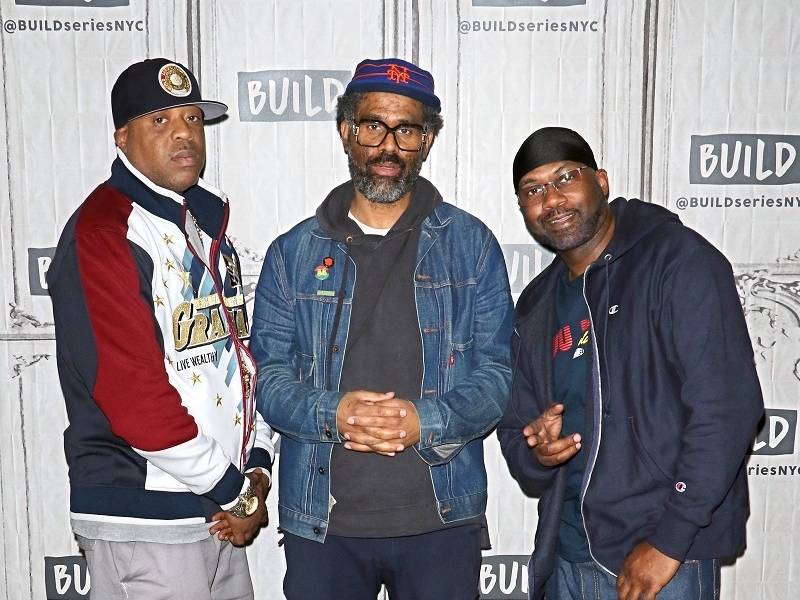 HipHopDX’s in-depth conversation with Wu-Tang Clan: Of Mics & Men director Sacha Jenkins couldn’t be contained in a single article. After presenting Part 1 last month, DX brings readers the second (and final) portion of our interview with the journalist-turned-filmmaker.

In Part 2, Jenkins reveals the level of creative freedom given to him by RZA and details how he told the story of the late Ol’ Dirty Bastard. He also explains why the Showtime documentary series didn’t spend much time on Wu-Tang’s solo careers and much more.

HipHopDX: One of the things you did very well, which seems like something difficult to do, is dealing with a reality where ODB is no longer with us. You use old footage to tell his story and pair it with new interviews with his family. Can you talk about doing him justice and the difficulties in finding the right footage that lets him tell his own story?
[apple_news_ad type=”any”]

Jenkins: I mean, our archival team went above and beyond to really find some really important nuggets. I know from interviewing ODB that he was a really charismatic guy and that there were multiple sides to him. Was he troubled? Sure. Did he have mental health issues? Probably. But he was still someone’s son, someone’s brother, someone’s father. At the core of who he was, I mean, anyone who knew him will tell you he was the sweetest guy on the planet. [He’d] take the shirt off his back to help someone else. He was a complicated man.

Without having the man in the flesh, the best way to help tell the story is through interviewing friends and family. His wife, his widow, the stories that she tells give you a window into someone who is really complex. Is he someone who is abusing his wife or is he someone who is trying to help give his wife an identity that she didn’t have before? Was he trying to build up her self-esteem? To tell the truth, it’s probably somewhere in the middle, but I didn’t want to make that judgment call.

I wanted to try to lay out the story the best we could to give the viewers all the tools that they need to make their decisions because, at the end of the day, Dirty is not here. You’ve got to work off what’s being presented to you. [apple_news_ad type=”any”]

HipHopDX: Right. One of the heartbreaking points of the film is when you’ve got that footage of ODB in the car when he’s dealing with his contract situation where Wu-Tang Productions may not let him to go to Roc-A-Fella. Were you worried showing RZA that clip could derail this whole production once he saw an extreme conflict going on within his family?

Jenkins: Well, in all fairness, RZA didn’t see it until after it was done. I didn’t stay in the room with RZA that episode. But if you watch it, you see how complicated it is, because everyone else got let out. Why aren’t you letting your cousin out? It doesn’t make any sense. Then RZA says – if you look at him, his eyes are kind of watery. He’s like, “It started with me and him. It was just me and him looking out at the stars before any of this stuff.” You can see that RZA has a level of sympathy and empathy. You also felt the level of responsibility. It felt like, “This guy is getting out of jail. He looks terrible, but he needs to take care of himself. I need to work with him to get him to a place where he’s in a better place.”

I can’t speak to financials or what Dirty wasn’t getting that he wanted from RZA and/or wanted from someone else, hence he wanted to be released from his contract. I can’t speak to that, but what RZA says, “I don’t want to let him go because it started with me and him.” Then he says that his aunt called him up and said, “Hey, what are you doing?” Finally, he lets him out.

ODB’s manager, it’s so bad. He doesn’t even recognize who RZA is, which is such an awkward, strange, bizarre moment. You see in that whole exchange the levels of emotions, psychology and chess that’s being played by managers, family members, friends, ODB himself. Everyone is trying to find their way. No one’s trying to figure it out. What is happening, 25 years ago, they’re not thinking about all this. It’s just happening. You’re in the moment. Now, 25 years later, you can look back and say, “Wow.” For RZA, I was not in the room when he watched that, but I can only imagine what it would feel like as RZA to watch that. It’s really emotionally charged.

Because if he would have seen it, if I were him and I saw it in the middle of making it, I would probably be like, “You know, I don’t feel comfortable with this.” RZA’s response was, “I saw that episode. I guess I have to take it on the chin a few times.” To me, for someone to be that sophisticated and that evolved, to be able to go beyond himself and say, “Hey, at the end of the day, it’s history. It is what it is,” that speaks volumes about who RZA is and why he is who he is.
[apple_news_ad type=”any”]

HipHopDX: Indeed. I think what’s amazing about the Wu-Tang story is there’s so much to it. There’s probably enough material for 10 episodes or even more than that. Mass Appeal has been putting out the Hidden Chambers clips that give a glimpse at the tremendous amount of material you had. Can you just tell me about the decision to make it four episodes? What made that the right number and the right length to tell this story?

Jenkins: Well, there’s a business side of it. Each hour costs X amount of dollars. Based on what we were able to execute, what we could afford – because someone eventually had to buy it – we mapped out something that we thought would be the most effective way over that finite amount of time to tell the story.

Sure, we could have done it in eight episodes, but I think certain storylines and certain realities become redundant. When you really get into solo problems and stuff like that – I mean we touched on it lightly – but it felt like that would have been a real distraction from the overall mothership story, the mothership of Wu-Tang. So, we just tried to look at everything through the prism of the mothership.

At the end of the day, I think that … I don’t know what’s going to happen, but I’ve been doing Hip Hop and been in this industry for close to 30 years – and it sounds crazy for me even saying that – but as you said, my career started out around the same time as Wu-Tang. I’ve never in the history of my career received this kind of thanks and praise for a project that I worked on. I mean, people really like the film, but they don’t just like it, they’re thanking me for it. There are people that will thank you for the culture. Thank you for continuing to do these projects with Hip Hop that push the conversation forward.

For me, my only value is in the way that I tell stories. Anyone can do documentaries. Anyone can interview rappers, but the way you put it together … I have my own unique way of storytelling. I’m thankful that Hip Hop has been being kind enough to give me the opportunity to tell her stories. [apple_news_ad type=”any”]

HipHopDX: That’s great. As far as the ending, what I enjoyed about it is there’s a sense of hope. Despite all the tension, this is a family. It seems like whatever may happen, they’ll still find a way to work together. Can you talk about showing that sense of hope and why it was the right way to conclude the film?

I think that’s what Wu-Tang represents. Kids from the projects, after they’ve achieved the dream, even if there are bumps along the way, even though they don’t always get along, they can still look at each other in the dark of a movie theater and say, “You know what, man? I love you.”

At the very top of the film, you see Ghostface and Raekwon embracing each other, saying, “I love you.” When do you see black men on television doing that, let alone rappers? Never. You never see that. It’s not because it doesn’t exist. It’s because it’s never the priority of the people who make these things to highlight that. That’s what makes me unique and whatever value it is that I bring to the table because I’m of it and I understand it.

I know the things that need to be in the film. When Ghostface talks about the ice cream that he used to get in the public school system, I used to get that ice cream. When he talks about what it meant to him and he makes that sound effect like he’s biting into it, some people wouldn’t put that in the film. I’m going to put that in the film because I understand in the way that he’s expressing himself and in the way he’s telling the story. It is uniquely Hip Hop. That registers to people who are native to it.

At the end of the day, I’m always going to make films for the natives. It’s also my duty to make films that represent the natives in a way that is fair to them and opens up the conversation so other people can come in and learn because that is the problem in this country. We are not learning from our mistakes. We are not treating history like our best friend. We look at people from the projects as if they have nothing to offer society.

I think Hip Hop, when you look at where it comes from and where it’s gone, it is proof positive that the projects – although we are not always beaming with social capital – our creative capital is unmatched and unparalleled. That creative capital, when it connects with money and opportunity, can change the world and that’s what Wu-Tang has done. That’s what Hip Hop has done for Wu-Tang.

Wu-Tang Clan: Of Mics & Men is available now on demand and streaming via Showtime.