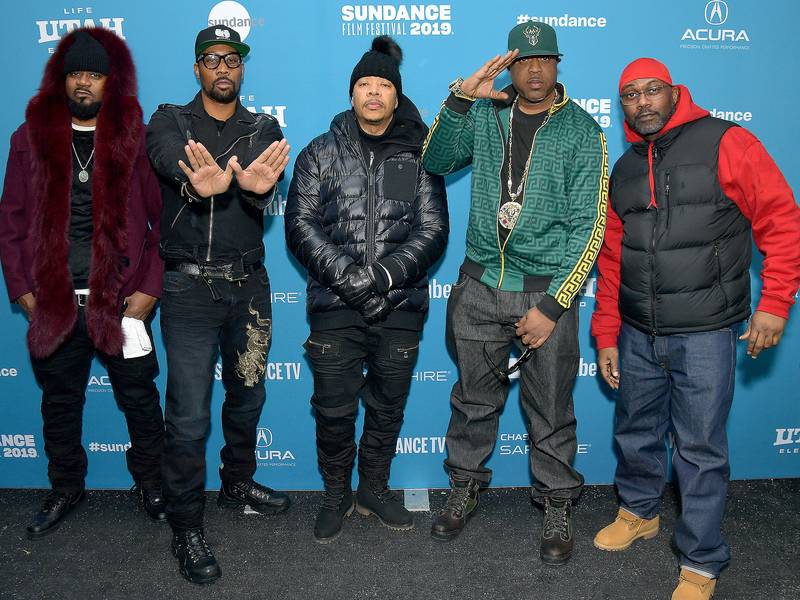 Members of the Wu-Tang Clan recently spoke with The Face magazine while they were overseas for the Gods of Rap Tour with Public Enemy, De La Soul and DJ Premier. During the conversation, RZA and Cappadonna detailed a time when the group went to Rikers Island to perform for Ol’ Dirty Bastard while he was incarcerated.

RZA added, “We had 40oz, Dirty’s eating mad burgers in there too, fuck all that vegetarian shit!”

When asked about the timeframe of the show behind bars, RZA said, “I don’t know, ‘99? Maybe ’99 or 2000, when they first locked him up and shit.” In 1999, ODB was arrested multiple times and charged with criminal possession of a controlled substance in one case.

Cappadonna then set the scene of the performance.

“[It was] in the yard, I think it was C-76,” he recalled. “The inmates was in the yard with us. They wasn’t locked up, they was standing right there!”

RZA also remembered another memorable moment from Wu-Tang’s storied run when ODB sneaked out of a drug rehabilitation center to perform with the group.

“As far as ODB breaking out of jail [to play a show] – in America, they’ve got jails where like, you’re in jail but they want to put you in for like evaluation, or a drug evaluation,” RZA noted. “But you can’t leave there. You’re locked up there, but it ain’t like there’s bars. You can sneak out of there … Sort of like a halfway house.”

He continued, “But Dirty did it, the same thing like that. He showed up to a Wu-Tang show in disguise. He was disguised. He was like ‘Yo, I got to go’ and I was like ‘One more song!’”

RZA capped off the story by explaining how ODB got caught.

“What happened was after the show, he went to Philly,” he recollected. “Because a lot of his Brooklyn Zu crew dudes was in Philadelphia. At a McDonald’s, he signed an autograph for some lady cops. And everyone was like ‘Yo that’s Ol’ Dirty Bastard, he’s a fugitive.’ You know what I mean? Then he’s back up in the box and shit. Lady cops call for backup.”

Fans can hear more Wu-Tang stories in Showtime’s four-part documentary series Wu-Tang Clan: Of Mics And Men. Episode 2 is scheduled to premiere this Friday (May 17).