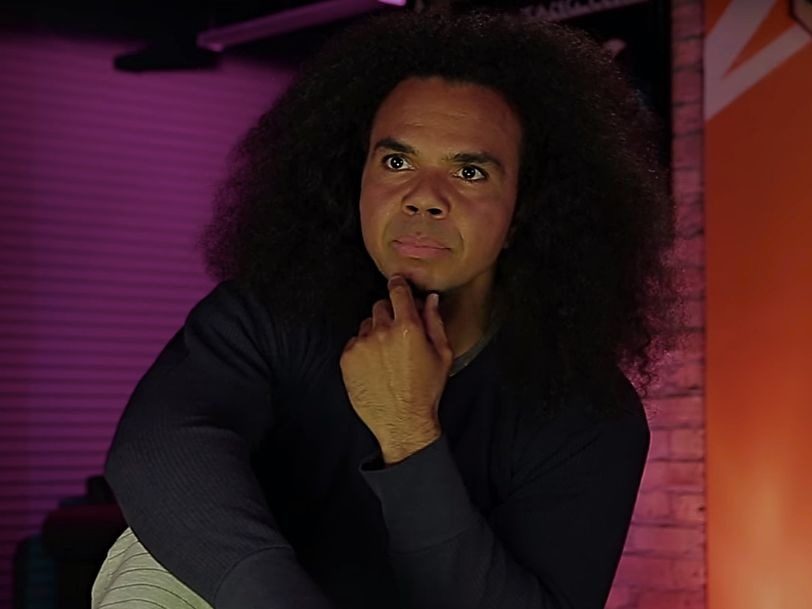 While Power Malu might not be a household name, the New York native has been bubbling beneath the surface of Hip Hop culture for decades. Not only has he appeared in numerous notable Hip Hop videos, but he was also an integral part of the famed Lyricist Lounge, a Big Apple venue that blossomed into a breeding ground for storied MCs.

Eventually, it evolved into a television sketch show on MTV. As the host, Power fielded all kinds of talent — from Mos Def and Snoop Dogg to Rah Digga and Bahamadia. The show aired for two seasons between 2000 and 2001 and solidified Power’s status as a pillar of Hip Hop culture.

Power’s initial introduction to the 90s NYC Hip Hop scene was a natural progression. As a teenager, he was able to turn his passion for the culture into a full-fledged career.

“I went up to a couple of promoters and tried to get involved with what they were doing as far as promoting and giving out flyers,” Power tells HipHopDX. “That was a way for me to get into the clubs at an early age. I’d just kinda figure out who’s performing where, and then I try to like find out who’s the promoter, and I help them give out flyers. I used to staple posters onto light posts and do all this street grassroots marketing.

“I could just feel how that was so exciting. Then, I would be able to go to the event. Once I was at the venue, I would then find out who was introducing the group that was performing and maybe there wasn’t anyone introducing them at the time, so I’d become the host.”

From there, Power started popping up at all kinds of events and would wind up in videos for acts such as Digable Planets, The Roots and Madonna.

“I became the MC at a lot of these events and legendary venues in New York City, and a lot of artists used to frequent those venues,” he explains. “They were seeing me and I would become friends with them. In New York, there was a lot of music videos being done, in the 90s especially. There was something happening almost every day, so I would just make my way onto different sets.”

A couple of Power’s most memorable moments include the late Ol’ Dirty Bastard.

“ODB and I had a mutual friend and we ended up going to his house in Long Island for a party,” he begins. “At the house party, ODB is basically being himself. He’s singing and he’s drinking a little bit and bugging out. Then he starts crying and singing, so I get onto the balcony with him and I start singing and I’m acting along with him. We were just bugging out.”

But that was just the tip of the iceberg. Power’s craziest ODB memory involved The Roots.

“This was an event that happened at Irving Plaza where I was with The Roots,” he says. “I used to host a lot of the shows that The Roots did in New York City. At this particular show, they brought out people in the audience who are artists and do their songs live with them. They found out ODB was there so they wanted him to come on stage.

“I kinda was a little skeptical because I know how he wiles out, so I kinda was a little hesitant. They ended up getting him anyway. So, he does the ‘Baby I Got Your Money’ song and doesn’t wanna get off the stage. Then it becomes this whole big thing of awkwardness because now he was invited to perform and everything was dope, but now it’s like The Roots want their stage back.”

However, the Wu-Tang Clan legend wouldn’t leave and there was some kind of altercation backstage.

“I don’t know if a gun was pulled out or what exactly happened in the backstage area or whatever, but eventually he gets off the stage after it was like a little scuffle or whatever,” Power continues. “I’m trying to talk to him, but he’s not listening to me. I’m in the middle of it because I know both of them. I’m cool with The Roots and I’m cool with him, but I can’t really deescalate the situation, so I kinda felt bad in a sense.

“That was actually a couple of days after he’d just got released from prison. It was a crazy historic Hip Hop moment.”

Naturally, Power has stories for days. Check back for Part Two of the Power Malu interview soon.