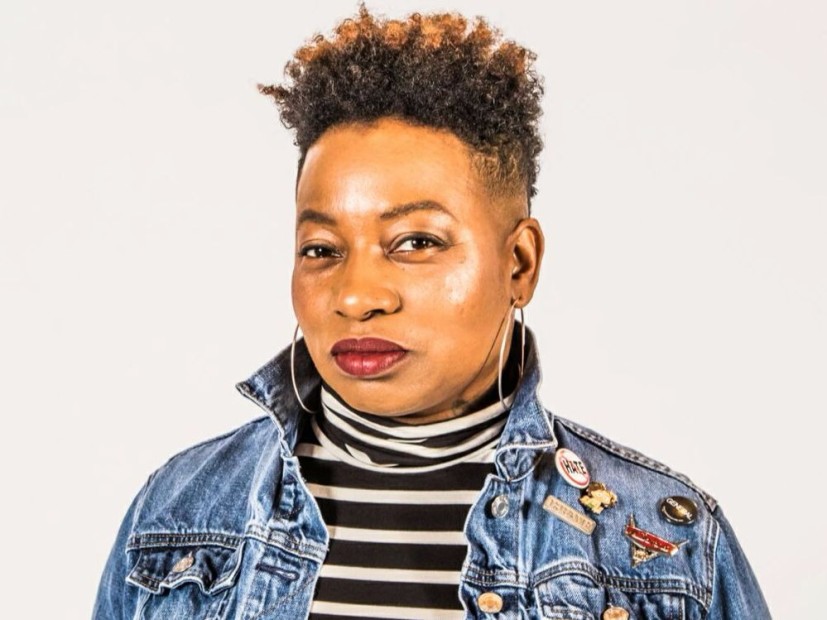 Bahamadia Calls For More Camaraderie Among Women In The Industry

Anyone familiar with the Rawkus Records era or who owned a copy of Lyricist Lounge, Volume One was privy to Bahamadia’s complex rhyme schemes and inimitable voice. Since then, the B-Girl Records founder and Philly native has continued building her empire, while remaining true to her core values.

So when the “3 The Hard Way” MC read about Rick Ross’ offensive comments about female artists, she felt compelled to act, and immediately shared the article with her supportive network of fans and industry figures. She reached out to HipHopDX to offer her thoughts on Ross saying he’d “end up fucking a female rapper” if he ever signed one to MMG.

“When I first saw his statement, I was like, ‘Oh my god, not again,'” Bahamadia tells DX. “His perspective on women was a total lack of respect. When I read the piece [DX’s editorial], I felt like it was so well-executed that I wanted to dial in. Just us being women, there isn’t much of a dial up or consistent camaraderie.”

Although the hypersexualization of some female artists is essentially normalized at this point, Bahamadia has never felt pressure to go that route to achieve mainstream success, and instead has carved out her own lane and continued delivering intellectual, conscious Hip Hop.

“On a corporate level, the focus isn’t about talent, the artistry is just perceived as a marketing tool,” she says. “Like the media outlets is all about product endorsement and advertisement, so their focus is going to be on those voices, and those artists that can reach that demographic of people who are being targeted to peddle those products, to promote them. We’re all conscious at some level, but with social context, if it has anything to do with necessary thinkers, they are only going to be entertained to a certain degree. Sex sells — that’s what it is.

“Some people aren’t willing to sell their soul or integrity in order to be popular or monetize things,” she adds. “But I think it’s conditions and terms you agree to that determine the intent of your art.”

Bahamadia explains her upbringing had a lot to do with how she carries herself and it’s what’s stopped her from conforming to what others may expect or want from her. When she dropped her critically acclaimed album, 1996’s Kollage, she was encouraged to stay original.

“The morals and standards I grew up in my environment in my youth and stuff carried over with me,” she explains. “That’s something I decided not to abandon when I became a professional artist. During that time period I had gotten signed, that was a really good time in music, especially for Hip Hop. That was the last era where people got signed when individuality was actually celebrated.”

Now, at the helm of her B-Girl Records imprint, she spends a lot of her time mentoring youth and cultivating the next generation of artists. She stresses the DIY movement can be done wisely and if a person’s music has merit, it will stand out on its own. While she questions major labels’ intent, she explains that people just have to find their own niche.

“How much is really an organic approach in terms of expressing themselves on that level and how much is stemming from them?” she says. “Or it just a strategy used by the label? You gotta remember, these people, especially on the mainstream level, are just a commodity. It has to be packaged up pretty and shiny to hit a certain demographic of people. The climate and level of success these people have is an indicator that it works. People are eating up. I think you just have to find where you can be shiny and pretty [laughs]. To me, I’m just focusing on mastering my own approach to being a professional artist and reap the benefits of my labor.”

Ross’ comments are just one example of the challenges some women face in the industry. Bahamadia believes if more women united over their shared values and spoke up, the music industry would be a much more supportive climate.

“It’s not just about MCs — it’s about journalists and publicists and other women in different facets of the industry,” she says. “Look what happened with Rick Ross. That was a short time. That’s the power of the internet that I love. That’s a good point about it. There were a lot of other woman that saw it in my network on social media and they were pissed. Everybody knows, I’m just going to post it. I know people that I’m going to touch. As soon as they saw it, they hit the ceiling [laughs].

“Art should disturb the comfortable and comfort the disturbed,” she adds. “That’s what it’s supposed to do — stoke some emotion. It started a dialogue, and I think it’s going to continue.”

Bahamadia is preparing to drop her long awaited fourth studio album, HERE, and continues her Dialed Up series, which she makes entirely on her phone.