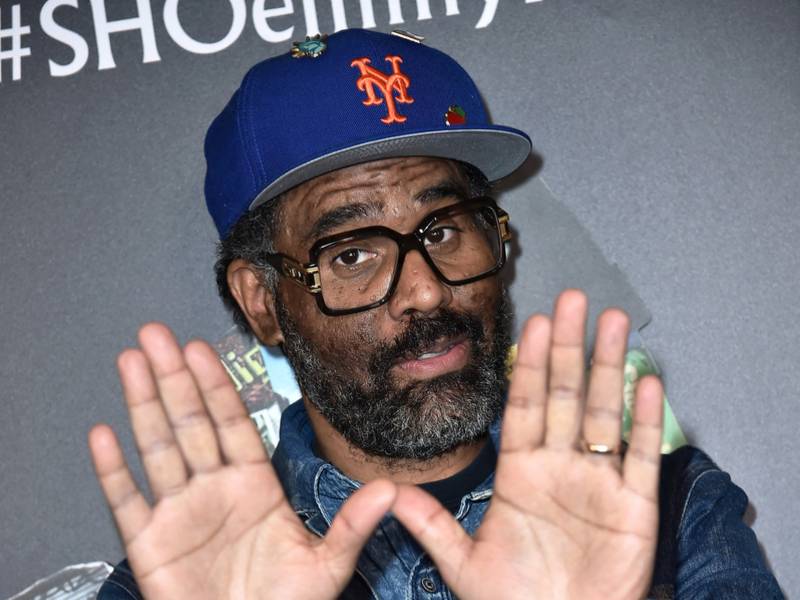 Sacha Jenkins has arguably set the gold-standard for telling the Wu-Tang Clan’s story. His documentary series Wu-Tang Clan: Of Mics & Men is a master class in examining music legends in a humanistic way, telling a very personal tale despite the immense fame of his subjects.

For Jenkins, his life’s work in Hip Hop has made the documentary a particularly rewarding chapter of his career. From his days as a journalist at Ego Trip magazine to his current role as Mass Appeal’s creative director, he’s established himself as one of the most invaluable voices in the culture and proved it again with the Showtime docu-series.

Following Of Mics & Men’s release, HipHopDX caught up with Jenkins to learn about the making of his critically acclaimed series. In part one of our interview, the veteran journalist-turned-filmmaker opens up about his creative process and how he landed the directing gig.

He also explains the importance of speaking to RZA’s brother Mitchell “Divine” Diggs, the Wu-Tang Productions CEO who’s rarely talked about publicly despite his pivotal role in the group.

HipHopDX: As a journalist, you followed the Wu at the very beginning of their careers. When did you decide you wanted to do a documentary about these guys?

Jenkins: Well, RZA and I have the same agent. Our agent mentioned to me that Wu-Tang and RZA were ready to finally tell their story. He wondered if I’d be interested in throwing my hat in the ring. I said, “Sure.” I’m based in New York. RZA was in L.A. I flew to L.A. for the day – meaning I flew out there, met with RZA and got right back on a plane the same day – to have a conversation with him about the potential of me directing it. The rest is history. We had a positive conversation. It took him a couple of weeks to make the final decision, and eventually, he did. So, here we are talking.

HipHopDX: When did filming officially begin?

Jenkins: Well, the whole thing took about 18 months. When you consider the amount of work and storytelling, that’s a pretty quick turnaround. I don’t remember specifically when we started, but it took us about 18 months to get it done. I had to be very strategic in how I made it happen, how we made it happen. Of course, there’s a scene in the theater where all the guys are together. It’s really difficult getting them all together, but I figured if I could pull it off at least one time, I’d be able to get a lot of material that would fill up the documentary. Luckily, it worked out that way.

HipHopDX: I’m sure this was a lot of people’s first experience with your film work just because of the subject, but you’re obviously no rookie to this. What lessons did you learn from your previous films that you took into Of Mics & Men?

Jenkins: Each one is an evolution. For me, every time you learn something new. Wu-Tang is a little different in that I’m interviewing folks as I would when I was a journalist, but I think this film is the culmination of all the things I’ve done in film before. I did a film called Burn Motherfucker, Burn! about the so-called riots in Los Angeles. There was some Hip Hop in that film, but it was more about the sociopolitical climate in Los Angeles, particularly as it pertains to black folks. This project is sort of a combination of … I did a film called Word Is Bond about the origins of rappers, so the people who write rhymes. It feels like Wu-Tang is a combination of Burn Motherfucker, Burn! and Word Is Bond.

For me, the process of filmmaking is an evolution. My goal is to have a style or a perspective that if you don’t know who made the film and you watch the first five minutes of it, you can say, “Oh, that’s a Sacha Jenkins film.” From this film Fresh Dressed I did about the history of Hip Hop fashion to Word Is Bond to Burn Motherfucker, Burn! to the Rapture series where I directed an episode that featured Nas and Dave East, on through to Wu-Tang. I think I’m starting to develop a vocabulary that speaks to me having a particular style and sound, which is very important to me.

HipHopDX: I was listening to your interview with Sway and one thing you said really hit home to me. You mentioned how you used this documentary to not look at Wu-Tang like rap superheroes. Instead, you examined them on a human level. Can you tell me about the balancing act of covering a subject that’s so big yet bringing them down to this personal level?

Jenkins: The conversations I had with them, to me, was like I was having conversations with the guys I grew up with because I know the environment that they come from, and I know what they’ve overcome. For me, their story is my story. It’s the story of all the guys that I grew up with. When I’m talking to them, I’m not an outsider. I’m not talking to them from the perspective of someone who is really floored by what it was they overcame.

I’m totally floored by what they overcame because I overcame it myself, but I’m not looking at them like they are some kind of exotic wild animal. I’m not judging them for some of the decisions that they made because I understand why they made them. My goal with the film was to help people understand the brilliance, not only of the Wu-Tang Clan but the brilliance of so many of us who come from government subsidized housing. So often, there is little or no expectations for people like us.

What Wu-Tang represents to me, [it] represents the brilliance that is in the housing projects, represents the goals and aspirations, and also represents the blues. It represents all that we continue to deal with and process. When I’m talking to U-God and he’s talking about, in not so many words, having PTSD based on his experiences, I understand where he’s coming from. And you’ve got to understand that I understand that. Not to say that I had to face a tragedy like my two-year-old son being shot. You don’t wish that on anyone. I can’t claim that I have the exact same blues that U-God has, but I can understand where it’s coming from, and I can process it in a way that feels very natural. I think that comes across on screen.

HipHopDX: Absolutely. I think one of the really beautiful things about the film is the way you bring up those difficult subjects and amid the tension in the group, it just gives us a perspective that we’ve never really seen with Wu-Tang. In fans’ minds, things get simplified to a business issue or their conflicts always being about money. This exposes viewers to what’s going on beyond the surface level.

More importantly, what I got from it … I didn’t know that they were going to be so open and honest. I mean, you have members of Wu-Tang Clan crying on camera. I mean, that’s not just an accomplishment. That’s not just a rarity for a superstar or group of musicians. That’s a rarity for black men. It’s a rarity for men in general, of course, but rarely do you see black men showing that kind of vulnerability coming from a place of trauma, coming from a place of … you’re from the hood and you’re always supposed to be tough.

That could be the fact that they are grown men and they’ve experienced a lot, and they’re at a different place in their lives. That could totally be it, but the information that people get from this film about black people in the inner city goes well beyond music. My point has always been the music is always a reflection of and a reaction to the environment. I wanted to make a film about the environment.

HipHopDX: One of the coups you pulled off in this film is getting to speak with Divine. He’s a figure in Wu-Tang that’s largely been off-limits until this film. Was this something that was make or break for you? Would you not proceed without this interview or is this just something that kind of fell into your hands?

Jenkins: I told RZA that it was a really important part of the story. The Divine story has always been one-sided. It has always been from the perspective of a member of the Clan complaining about him or having an issue. Never have you heard his side of it. As a journalist or someone with a journalism background, for me, balance is important. I think that the Divine story, whether he’s an angel or a villain, it’s a major part of the DNA of Wu-Tang.

He had a heavy hand in the formation of the group and still has a heavy hand on the overall movement of Wu-Tang Clan, the entity. He doesn’t manage the individual members anymore, but he still is a partner in the mothership that is Wu-Tang. How do you tell a Wu-Tang story without talking to someone like Divine? He’s so germane to the meaning of it all.

HipHopDX: Definitely. I was curious just as far as the scenes when they’re in the theater and they’re getting to see all this footage. In those moments, are they seeing things like Divine’s interview or was it strictly some of the other stuff that you were putting together like the archival footage and things like that?

Jenkins: Mostly the older footage. I think we showed some interviews, but really, I wanted them to sort of go down memory lane. They didn’t know what we were going to show them. They’re in a dark theater, and we showed them what we showed them. What you see is their reactions to what they saw.

I’m not in Wu-Tang. I haven’t been making music with these guys for 25 years. Again, my goal was to find a way to get them all together. I tried to find the most creative, economical way to maximize the access.

I was inspired by the film Cooley High that has a classic theater scene where people get into some shit. I was also inspired by the Metallica film Some Kind of Monster, which really had the group dealing with one another in intimate settings to talk about their feelings about one another and their feelings about the group. Those are my two inspirations. I feel like it paid off in the end.

Check back for part two of DX’s interview with Sacha Jenkins.

Wu-Tang Clan: Of Mics & Men is available now on demand and streaming via Showtime.