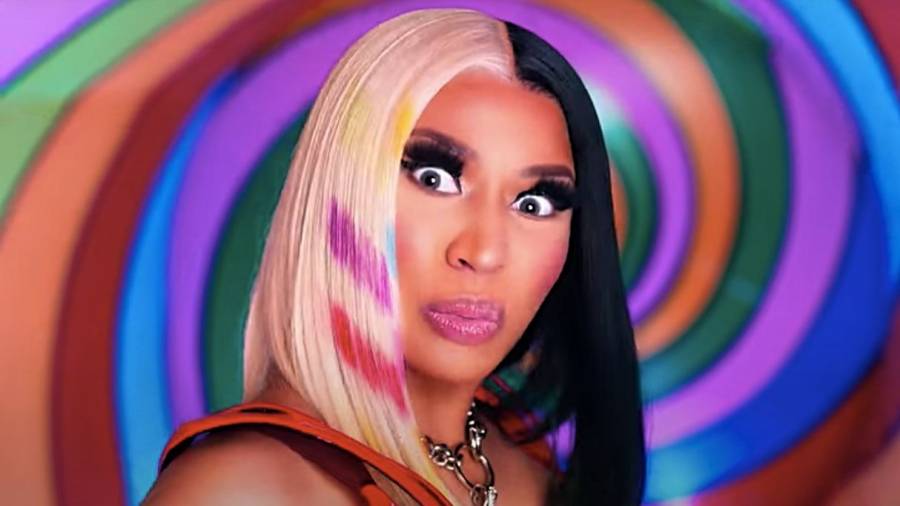 The video for Nicki Minaj and Tekashi 6ix9ine’s latest collaboration “TROLLZ” arrived at midnight on Friday (June 12) and was met with mixed reviews. Some fully embraced it, others couldn’t believe Nicki would partner up with someone with a reputation like 6ix9ine and a whole army of people simply dismissed the song as “trash.”

Prior to its release, the polarizing rap personalities participated in a little Instagram Live session in which 6ix9ine blasted Future, Nick’s ex-boyfriend Meek Mill and Snoop Dogg for their perceived “snitch” hypocrisy.

Without missing a beat, Nicki chimed in and essentially defended 6ix9ine’s decision to “snitch,” pointing out it’s different for rappers who don’t really live by street code.

“You know, I’m not on the block with 6ix9ine. Me and 6ix9ine is not on the block. We’re in the music business. You rappers is in rooms all the time with people with sketchy pasts, and I’m not judging anybody ‘ cause I’m not doing that. I have nothing but respect for so many of these people, and I would never fix my face to talk crazy about them.”

6ix9ine has been labeled a “rat” or “snitch” by numerous Hip Hop artists, including Snoop, Jim Jones and The Game. His willingness to cooperate with the federal government following his November 2018 arrest quickly made him an outlier and an easy target for criticism.

Despite his reputation, 6ix9ine is clearly intent on making a massive comeback and he’s already locked down a healthy head start. His “GOOBA” video, his first since his release from federal prison in April, broke a YouTube record for most views in a 24-hour period and debuted at No. 3 on the Billboard Hot 100.

And although Nicki has also faced an onslaught of negative comments for deciding to work with 6ix9ine again, she appears completely unfazed. The “TROLLZ” video currently sits at over 15 million views and counting and is already No. 1 on the iTunes Top 40 Hip Hop chart.