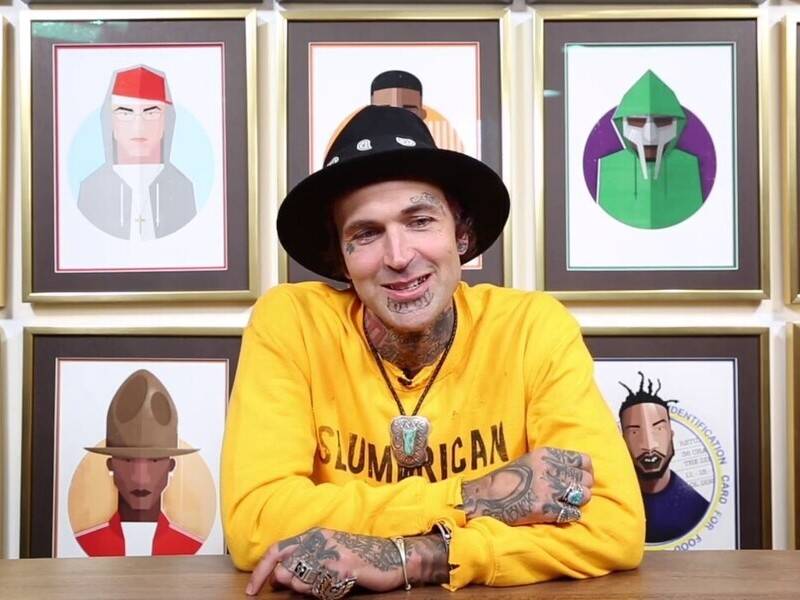 Beyoncé has been shipping bright orange boxes to celebrities all week in celebration of her Ivy Park line with adidas. Megan Thee Stallion and Lizzo are two of the latest to receive a shipment from Ivy Park filled with clothes from Bey’s latest collection.

When Meg received her box, she twerked with glee and Lizzo did the same.

Their gifts come as the clothing line has been the recipient of backlash for the lack of plus-size options, as previously pointed out by essayist Candice Marie Benbow and blogger LaToya T. Wright.

“Sell out another one…ASAP.And PLEASE Bring ALL your wolves,” Trick Trick responded in reference to Yelawolf’s quickly deleted Instagram post aimed at Royce, which urged Eminem to “get your hypeman before the wolves do.”

Apryl Jones Regrets Not Hooking Up With Other Rappers

If Apryl Jones could have it her way, she would have already hooked up with A$AP Rocky, The Game and NBA great Shaquille O’Neal.

“I’m on my live like normal, talking to my fans,” she explained during an interview on Tiffany Pollard’s show Breakfast With Tiffany. “And then people are under there saying, ‘You fucked The Game’ or You fucked Lil Fizz.’ At this point, you’re right – I fucked every single one of them. Because that’s what y’all wanna hear.

“Not that I have. I mean, I should have. I should’ve fucked The Game when I had the opportunity. I didn’t..And y’know A$AP, they said A$AP in there…Shaquille O’Neal.”

The comments surfaced in the aftermath of he break up with Lil Fizz. While they were together, Apryl said Fizz-o gave her “the best dick” ever.

Read more about Apryl Jones’ wanting to be with other rappers here.

HipHopDX caught up with Moneybagg Yo and got all the details on his recent deal with JAY-Z’s Roc Nation.

“It was just a blessing,” he told DX. “Yo Gotti kind of put the play together and it’s been planned for a minute. But I look at it like it’s time served like it’s just perfect timing. This is a dream and this is the stuff that people like want to do every day. This is what they dream of every day. I’m just excited to be with it and I’m excited to see the new levels I’m going to reach with Roc Nation.”

As Lords Of The Underground prep their first album in over a decade, DJ Lord Jazz shared insight on the project in a conversation with DX.

“We love and are always recording,” Jazz said. “So Legendary is produced entirely by German production team The Snowgoons, who’ve developed a reputation in recent years for putting golden era heavyweights back on the map.”

Safaree wrote a song with his now-wife Erica Mena titled “Purpose Of Love” and explained to DX what creating it eant.

“This song is a feeling that I want everyone In the world to experience,” Safaree noted. “This isn’t just a song to listen to, it is a feeling. It is love. My goal for ‘Purpose of Love’ is to be the new wedding song for the new decade.”