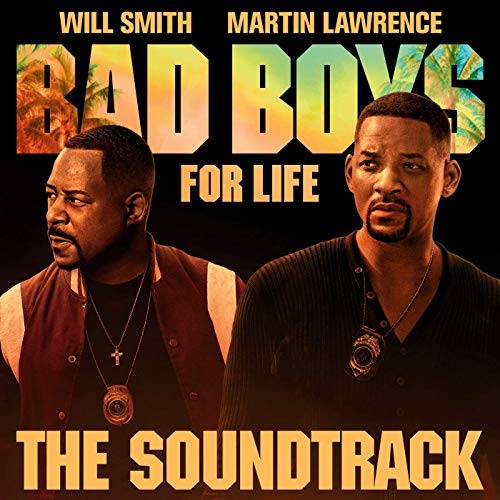 When Will Smith and Martin Lawrence came back for another go’round as detectives Mike Lowrey and Marcus Burnett, respectively, in Bad Boys For Life (known colloquially as Bad Boys 3), frankly fans knew what they were getting for the price of admission: a buddy-cop movie with a Hip Hop flair, where Smith and Lawrence chase the bad guys all over Miami and crack a few jokes at each others’ expense in the process.

It’s a tried formula, to be sure, but one that’s true, and one that’s turned the franchise into one of the most successful in Hollywood history.

And to that end, the Bad Boys For Life Original Motion Picture Soundtrack is just as much of a tried-and-true formula as the film — Miami artists, such as Pitbull, giving Miami flavors [read: Cubano/tropical mixes over danceable sounds], with DJ Khaled mixing it up for good measure — and works just as well. Is it groundbreaking Hip Hop? No. Is it nice for a drive with the top down, on the way to get lit? Sure.

The standout track on the album features an appearance from the aforementioned Mr. 305-turned-Mr. Worldwide himself, Pitbull, who reunites with his former mentor Lil Jon on “Damn I Love Miami.” (Don’t go into it expecting the crunk “Anthem,” because both men have drifted a long way away from those days.) That, perhaps, is the definitive song on the soundtrack and sets the tone for both the rest of the album and the movie itself.

The LatinX contingent is represented well, too, with Nicky Jam bringing an authentic ritmo with “Muevelo” and the Black Eyed Peas bring a flavor with “RITMO” (which gets a remix at the end of the soundtrack, too).

One would think, then, that the Hip Hop contingent would make sense in the grand scheme of things here, but really, they don’t. Sure, the City Girls spit straight fire with “Money Fight” (“Ain’t no Netflix and chill/Throw 10 bands, let a bitch know it’s real”), and as a stand-alone track, it bangs — it just doesn’t really make sense here. And, as for Meek Mill’s contribution with “Uptown 2,” well — nobody asked for it, sir, and nobody wants it.

While a bit disjointed in its layout — as was previously mentioned, it should have either gone straight-ahead Hip Hop or straight-ahead LatinX/tropical — the Bad Boys For Life Original Motion Picture Soundtrack is, if nothing else, a load of fun. It’s got the right mix of funky sounds and pop-rap, and that’s more than enough for the purposes of this film.